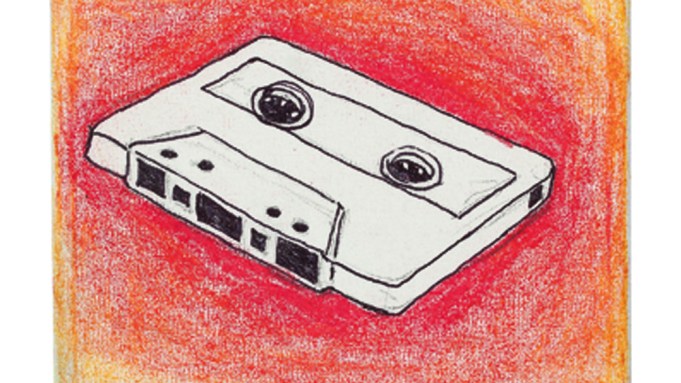 As one of the world’s richest men, Luciano Benetton enjoys the privilege of indulging his many personal passions, from politics to the history of games to art collecting. It’s no surprise that Marco Tamaro, the director of the Fondazione Benetton Studi Ricerche, referred to the Italian magnate as a “Renaissance Prince.” Benetton, 80, is the founder of the Benetton Group, a clothing company known for its global brand the United Colors of Benetton. The company frequently flirts with controversy with its altruistic initiatives. One memorable image from a 2011 ad campaign in support of the Unhate Foundation, an aspect of the Benetton Group’s corporate social responsibility strategy, featured President Obama locking lips with Venezuelan president Hugo Chavez.

A more recent undertaking of the Benetton Foundation brought me to Venice in late August: the vernissage of “Imago Mundi: Map of the New Art.” Inspired by the Enlightenment-era Swedish botanist Carl Linnaeus, who wanted to catalog all of the world’s plants, Benetton has commissioned 10,000 4-by-4¾-inch artworks from 80 countries since the project’s inception in 2007. The exhibition, on view through Nov. 1 at the Giorgio Cini Foundation, features a sampling of the total transnational endeavor: artworks by 6,930 artists. This presentation marks the eighth public display of the Imago Mundi collection (prior exhibitions were held in Rome, Vienna and Dakar, among other cities). An army of 20 curators were deployed all over the globe to contract the works, providing artists with the postcard-sized canvases in return for the opportunity to exhibit internationally, have their results featured in a catalogue and on the Imago Mundi website.

“Imagine, what a performance!” Benetton exclaimed to me one afternoon, eyes shining. “To have 6,930 artists painting their little artworks at the same time would be extraordinary!” With this image in mind, the project suggests a conceptual performance piece, with Benetton as the artist expressing his vision. The encyclopedic undertaking in some ways seems like a numbers game intended to impress through volume, and I was thrown by the exhibition’s physical manifestation of almost 7,000 objects aligned in symmetrical gridded walls designed by architect Tobia Scarpa. But the exhibition, and the long-term project, seeks primarily to elicit empathy from its international viewers, leading ultimately to the closure of nationalist rifts.

Collections of the works representing approximately 40 nations and native peoples are on view in the former Benedictine monastery. The gridded display units, which are designed to be easily rearranged, fill two large galleries. Each section has a curator, title and purported logic, spawning micro exhibitions within the larger “Imago Mundi” show. “Syria Off Frame” adds additional levels of display with two sub-exhibitions within the national platform. One hundred forty artists are represented in “Amman to Homs: art as resistance,” which portrays Syrian refugee children, and “Syria Pixels.” The latter effectively transcends the curatorial and nationalistic constraints of the project. “Syria Pixels” was organized by Zaher Omareen, a London-based artist and activist. A row of cell phones set in handmade frames (the same dimensions as the postcard canvases) play looped one-minute videos without editing or dialogue by 35 people living in and outside the war-torn nation. Footage from refugee camps and documents of daily life mingle with artistic works like Suffocation, a harrowing choreographed modern dance.

I spoke with Omareen about his project at the opening and he cited the widespread use of mobile phone cameras to disseminate information in recent Arab revolutions. Omareen made use of his network of activist friends to commission the short movies from Syrians in camps and around the world. Most of the contributors are not artists, he revealed to me. “We are giving a platform for non-professional[s] to show the Westerner and outsider their own daily lives.”

Omareen faced a unique struggle when curating his project from the U.K. “Most of the time,” in Syria, he explained, “there is no electricity, no Internet.” Sometimes he had to wait two or three weeks before getting an answer to a simple question, like the title of a work. Additionally, many of the artists’ names were changed to protect their identities. “Mainly, [the films demonstrate] how Syrians, even around the world, still think and care about Syria; they dream about coming back without the current dictatorial regime and the Islamic state.”

Some nationalistic endeavors were arresting because of their visual quietude. The North Korean display, titled “A Unique Country,” featured a slew of panels of pretty, traditionalist landscapes—flowers, fields and a glowing moon—alongside earnest Norko realist reproductions of state-sanctioned propaganda by artists from North Korea’s factory-like Mansudae Art Studio. The exhibition-within-an-exhibition collectively painted a lovely touristic picture of the repressive dictatorship.

Some exhibitions stood out because they transcend the limitations of painting on small canvas, instead utilizing three dimensions and sculptural forms. In “Vienna for Art’s Sake!,” curated by Peter Noever, the former director of the city’s Museum of Applied Arts (MAK), a drawn plan of Christo’s forthcoming Mastaba in Abu Dhabi resides near a monochrome architectural model of Frank Gehry’s Luma Foundation Building in Arles, France.

It’s a curious time to assemble a project organized by country and ethnicity, considering that art has never been more global. The inconsistencies between national displays complicated the curatorial conceit. Some countries’ sections like those of Syria and the United States, did not exclusively feature professional fine artists. The U.S. pavilion, for example, is populated with amateurish looking contributions by filmmakers and musicians like Steven Soderbergh, Laurie Anderson and Sean Ono Lennon, purporting to fulfill the curator’s aim to represent “diversity and freedom of expression.”

There was also a divide between works that engaged with the national realities of their home country and those that did not. Often the cultures of marginalized ethnic groups like Native Americans, who are represented in their own collection, shoulder the burden of illustrating ethnic rather than individual aesthetic concerns, prevalent in most other displays. The display of aboriginal Australian art lumped together many tribes that pride themselves on their cultural distinction. As demonstrated every two years by the Venice Biennale, nationalist exhibitions have their problems.

Benetton’s “Imago Mundi” project seems to suggest that if you have the means, then you may have the world. The genteel collector, however, has no malevolent intentions. Quite the contrary. “If the world could be, in one way or another, led by artists,” he told me, “then there would be no war.” And although the project, and its adjacent publications, are openly nationalistic, to Benetton, art extends beyond borders. “Art is an endeavor of young people, and that is pure, close to my heart,” he confessed. Ultimately Benetton’s earnest belief in—and support of—the ethical powers of art and artists is refreshing. With this nonprofit initiative, Benetton hearkens back to the idea of collector-as-patron, as opposed to the contemporary prevalence of art-as-asset.