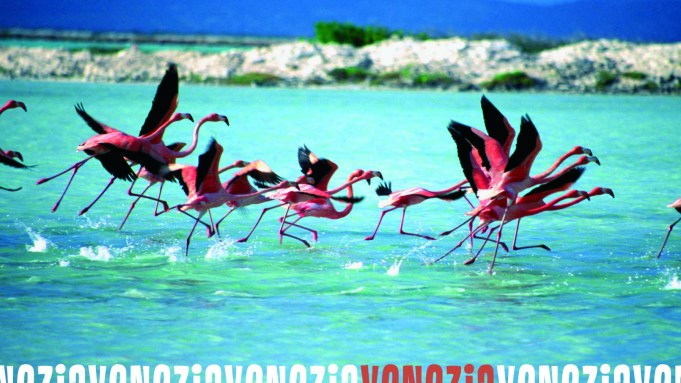 Curator Daniel Birnbaum’s exhibition Fare Mondi/Making Worlds forms the centerpiece of the 53rd Venice Biennale, which brings together 90 chosen artists who lend narrative or representational forms to their own imagined worlds. It’s a fittingly expansive thematic choice for the global reach of the Venice Biennial, where work from every corner of the globe is assembled in one locale. The show’s breadth may be its shortcoming. After all, don’t most artists usher in alternate realities or unfettered modes of existence? If so, then how does a curator set parameters for such a high-profile platform?

Birnbaum may have sketched out his map of the contemporary art world with a handful of historical precedents in mind: works by André Cadere, Lygia Clark, Öyvind Fahlström, Gordon Matta-Clark, Yoko Ono, Blinky Palermo and Lygia Pape are on prominent display in the spacious galleries of the Palazzo delle Esposizioni, placed in proximity to younger artists whom they’re said to have influenced. The most fantastical among these is Fahlström, whose obsessively detailed drawings and constructed board games are configured into room-sized installations that mapped out the geopolitical power relations of the 1960’s and 1970s. Cadere’s Barres de bois rond (1970-78) column-like sculptures made from wooden cylinders painted in primary colors are sprinkled throughout the galleries of the Palazzo delle Esposizioni as if the deceased artist had walked through the exhibition hall and surreptitiously leaned his own pieces here and there. The most appealing pairing to Cadere’s sculptures — both formally and conceptually speaking — is offered by Spencer Finch’s light installation made from colored gels fitted over the glass panes of window frames. Both works’ color spectrums were derived from elaborate systems concocted by the artists.

Ono’s prominence in the realm of avant-garde art accords her the Golden Lion for Lifetime Achievement award this year along with co-recipient John Baldessari. For Making Worlds, Birnbaum has selected Ono’s seminal Instruction Pieces (1960-2009), and displayed them as simple texts on paper affixed to the wall. The instruction that struck me most is Cleaning Piece III: try to say nothing negative about any body first for “3 days,” then for “45 days,” and then for “3 months.” Although it may be the most challenging directive Ono has shared yet, I’m pretty certain its successful implementation on a grand scale would indeed make for a better (if unfamiliar) world.

The open-ended character of Ono’s Instruction Pieces and the desire to incorporate audience members as active participants in the process is most humorously echoed in Aleksandra Mir’s installation Venezia: All Places Contain All Others (2009). On display in The Arsenale, the other venue for Making Worlds, Mir has printed one million postcards of Venice in various designs for visitors to take at will. Although the cards are labeled “Venezia” in cheery, self-assured colors and typefaces, they show stock images of places that have nothing to do with this city: a snowy landscape could be a lakefront in Canada; a beachfront scattered with high rises resembles Palm Beach, Florida; another snapshot shows beefy men in the midst of a whitewater rafting adventure. One can’t help but wonder how the recipient of such a postcard might react to such depictions. Would they get the joke, or might they just believe that the landscape of Venice has changed that much? Mir’s project raises interesting questions about the way in which information — and misinformation — gets disseminated globally, and how secondhand sources of knowledge often shape our impressions of distant locales.

In contrast to the installations in the Palazzo delle Esposizioni, with their grand visions and large footprints, the most successful projects in the Arsenale offer microcosmic views of worlds. Domestic references are abundent, such as Amy Simon’s view of apartment interiors in Tel Aviv titled a different STATE of mind (2008-09). In Acciones in Casa, a video compilation by the collaborative duo Bestue/Vives, the artists entertain themselves by employing household implements in unorthodox ways, such as strapping bars of soap to ones feet, pouring water on the floor, and turning the kitchen into a slippery skating rink. Statements that appear in artist and architect Marjetica Potrc’s drawings perfectly encapsulate the role of the microcosm in the macrocosmic: “Democracy is particles” states one drawing, “A citizen is the smallest state,” declares another.

By and large, the works co-exist a little too comfortably next to one another. As such, Making Worlds is a largely harmonious exhibition. Might a little more tension, a little more conflict have hastened the delivery of these artists messages or given them a greater sense of urgency? Perhaps the answer lies in the temporal, more process-oriented experiments that promise to round out Making Worlds. According to the curatorial statement, these events, including a parade, a school and a poetry club, promise to “explore new spaces for art to unfold outside the institutional context and expectations of the art market.” For more dispatches from Venice on these and other developments, visit Art in America during the coming days (or follow us on Twitter!)