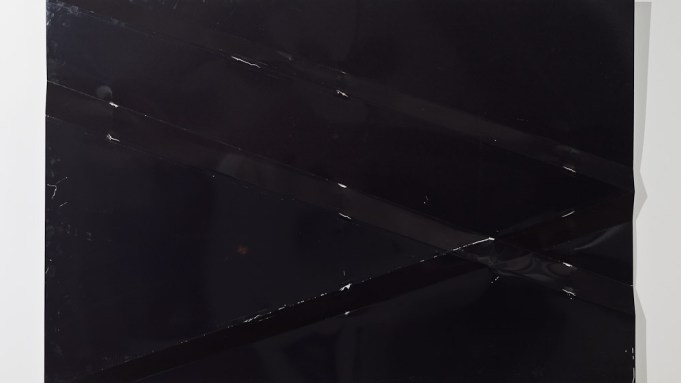 It’s been a strangely positive week in America, I can definitely report. I called my mother, who lives in a senior center in Holyoke, MA, where there was a huge storm. She was delighted I got through since she’s had no power and no heat, and no calls had gotten through until mine. So I felt lucky.

Slavoj Zizek told the crowd last week at St. Mark’s Books that melancholy, the prevailing disposition of our time, is commonly stopped in its tracks by all sorts of prohibitions moral and cultural and I thought, “Well, nobody in the art world is taking that step.” Rather, everyone is mixing it up, putting things together that in retrospect should never have been apart. Expanding the message. We want more!!

I went to Nan Goldin’s opening at Matthew Marks on Friday night and the door was jammed with people kissing her. You couldn’t see a thing so I wriggled through (Hi Nan!) and said hello to everyone and later on in the week I went back to see the show. I then rode downtown on my bike, which I’m happier to report than to be seen pedaling off into the night. Just look at all those fools out there on the street waving at cabs! I zip by.

Oscar Tuazon’s show at Maccarone was a lot more spacious than Nan’s, which is a thing about his work. Generally, Oscar tears a whole building apart with his sculpture, but here—catch the show’s title, “America Is My Woman”—the gallery is lightly sprinkled with his sculptures which are basically his photographs mounted to aluminum. Most of the subject matter is lost. Oscar’s escaping melancholy by disallowing seeing. I guess prohibition does enter into his work.

His work’s cool and butch. Gleaming black metal rectangles (70 1/2 by 47 by 3 1/4 inches) are folded like paper planes and then pulled apart. His bitch—no, I mean his woman, America, which I’m guessing is the subject matter of the show—is barely legible in most of these photo-sculptures and the most abstract ones are the ones I like the most. I mean I wouldn’t throw a gleaming metal photograph of oncoming headlights out of my home if it wanted in. But the simply battered black ones with a tiny squeegee of light erupting in the dark road better honor the contradictions of travel, mechanical reproduction and the impossibility of holding on to what you see as you go.

Oscar stood at the opening with his newborn kid (Rain), the woman he’s married to, Dorothee, editor of fashion-and-lit magazine Paris/LA, and his mysterious confabulations were in the room(s) as well but abandoning us too like a woman restless to live. It is blunt but not easy work. He sent me an email later in which he said that it was sad for him that a sculpture could only be one thing. So he would want these to be something that could live, that could change.

I was going to a poetry reading on Saturday to see Rae Armantrout, San Diego’s gift to the world. As we tried to meet and kept failing to organize it she mentioned she’d just gone to the A.I.R gallery to see Francie Shaw’s show. I wanted to see it so I slogged in the rain and the snow to DUMBO, with umbrella and boots and the promise of fruit on the other side. An excellent juicy pear from the store right next to the gallery was the bribe for the trip. Francie’s collages are as small as 12 by 12 inches and full of figures. I grew up in the ’60s! If I see a slightly abstracted human form mixed with the sensation of political strife, I get ready to punch. Yet in Francie Shaw’s pieces the ovals of the heads mortify into rings and chains, froth and eventually moons. I thought of the litany of terror in Marlene Dumas’s work. Francie records history, and in these small works it comes through instead as a dance.

These are collages by the way—with gesso and ink and salvaged bits of earlier canvases. There’s a bold arm gesture that erupts in a lot of them—well if it’s not John Travolta, it’s just a human line. A gesture or letter. Someone wearing a rabbit belt is directing impossible traffic against an eerie patterning that is swirling around and behind them. A big crappy torn moon hangs overhead. And by crappy I mean good, melancholy, strong. Altogether it feels like someone has an actual job—a signifying one. A language body in this tiny canvas is reaching, successfully, through the rising danger. It feels like a musical pause. A little blessing.

All the melancholy in the world vanishes in the dawn of Lisa Yuksavage’s gaze. She’s my neighbor. I’m on 3rd St.; she’s on 2nd, so I wonder if these paintings are being made right over there. Don’t tell me!

Yuskavage’s vistas are huge. A triptych shocks the shit out of you as you step into the autumnal emptiness of David Zwirner. A girl is spread-eagled and aims it all right at us. There’s a bounty of riches all over the room, but this one painting is just ringing. What’s culturally freeing about this beaver shot is that A) she freely gives it and I say this not as an expert on Yuskavage, but a simple fan. It feels that way. But B) is really the point for me. B) is that the “she” of it is exhibiting herself on a pedestal, a stool, something thrown together and the nails and extra boards are still hanging around. And her drape, the model’s drape is crumpled both on and under her; there’s a bowl and a knife, implements for the consumption of the strange fantasy fruit that’s part of the women-given ritual throughout this show. Choruses of women appear in most paintings offering radiant fruit and then watching it get consumed by pairs of naked girls. The problem is—and this is this painting’s glory—that it’s hard finally to say if “she” on the bench is artist or model. If she is audience or fantasizing woman in the master’s studio while he or she is away. Is she the master? The true nature of this gifted female body is unclear. Is she gift or giftee? I think of Robert Burns’s favorite line:

O! Wad gift the giftee gi’e us
to see ourselves as others see us.

This is that. The blurred realization of inside and out. All we needed to get there was a great painter who uses the slipperiness of gender as her tool and now the meaning will be seesawing forever.  That’s as radical as a gift gets.

In an audio voiceover to Nan’s show, “Scopophilia,” she mentions Tiresias who claimed that of the ten parts of sex a man uses only one. In “Scopophilia” Nan Goldin goes on a date with the Louvre that results in multiple explosions. There’s always been a ton of melancholy on Nan’s plate and here she takes the confetti route, hurling the contents of her plate at us. She holds her own past against all of art history’s, rubbing the two gingerly and cinematically together. Does it work? Look at this one, (Nap, Paris), 2010, tender and great. Yet I was even more compelled by the slideshow in the side gallery, also called “Scopophilia,” which returns us to Nan’s showman roots. What do they call the high you get off this kind of cascading imagery—metonymic euphoria? Nan’s photos are astonishing in any format, but the Louvre looks better on a loop than reproduced on the wall. It looks better in the dark and for that matter Nan’s photos do too because in the dark we are deprived of everything but the light of her vision. What I finally love about her “Scophilia” is her killer photos demolish the institution. The Louvre must die, and each time in the light of her contemporary gaze, it does again and again. Melancholy banished by prohibiting history? It works.