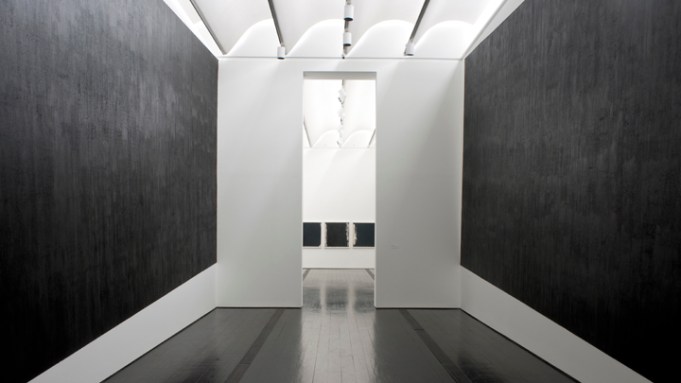 My colleagues and I are finalizing plans for “It is what it is. Or is it?” which opens May 1, and will be the first show I’ve curated since my arrival at the Contemporary Art Museum, Houston (CAMH). The exhibition features works by 18 artists and collaborative groups, and considers the readymade as physical remnants of conceptual practice.

It’s hard for me to believe that Duchamp’s first readymade is nearing its 100th anniversary-he made Bicycle Wheel in 1913. Since that time artists have taken advantage of the readymade’s simple materiality and economy of means to offer pointed commentary on political, social, and esthetic issues. Given the advent of digitization, we consume images differently from even a decade ago. A selection of works in the exhibition considers the notion of images-as-readymades as well.

We’re fortunate to have the support of the Brown Foundation, enabling us to produce a wonderful catalogue, which will be available in July. I’m finding some quiet time to edit late-breaking thoughts into my essay. The catalogue, designed by New York’s Dancing Foxes Press, goes to print soon.

But even with this deadline looming, I’ve had time to see some great art around Houston.

Correa-Carlo shows a large-scale cinderblock wall that bisects one gallery diagonally, and is a support for a tiled-together digital image, printed on paper, of corrugated metal. Alongside it is a pyramidal structure covered in asphalt shingles that looks like the cut-away corner of a roof. The stacked concrete blocks contrast with the work’s paper gateway, and the relation between her materials is at once imposing and delicate.

Miller’s video Daggering (2011) focuses on the dance phenomenon of the same name. Shot in the winking colored lights of a dance club, young couples engage in frenzied mock sexual couplings. Alternating between ambient club sound and slow-motion silence, the bodies of the dancers evoke ecstasy of the body in extremis, trapped in conventional sexual roles (top/bottom, active/passive), and seemingly ready to break out of them. I found myself watching all 34 minutes of the video with rapt attention.

The Menil has two engaging exhibitions on view: “Richard Serra Drawing: A Retrospective,” curated by Bernice Rose and Michelle White, and “This World is Not My Home: Danny Lyon Photographs,” curated by Toby Kamps.

The Serra drawing show, which unfolds in a mazelike build-out, impresses with the work’s matter-of-fact, sometimes brutal physicality. Many of the drawings have been executed in black oil stick on Belgian linen stapled directly to the walls. Playing off of the architecture, pieces darken corners and opposing walls, and in a few cases create dizzying perspectives. Serra’s drawings register physically and emotionally, and the addition of films and a display of the artist’s sketchbooks offer a sensitive, unexpected surprise and an opportunity to reflect on the subtlety that underlies works that could be read more bluntly.

A selection of Lyons’s photographs, chosen from among a larger number in the museum’s collection, give a kaleidoscopic view of an artist who has long championed so-called marginal figures. The material here ranges from images taken at Occupy encampments in New York and Oakland, to prison work camps in Texas, civil rights marches and the hard streets of Brooklyn. Lyons comes out looking quite materially engaged, due to his collage and notation on the photos, and his apparent ease in shifting between color and black-and-white film. What is notably consistent here is his voice, which documents and celebrates lives lived with passion and effort, against the grain.

Bring a Trailer Could Reach a Record $1.3 Billion in Auction Sales By the End of the Year