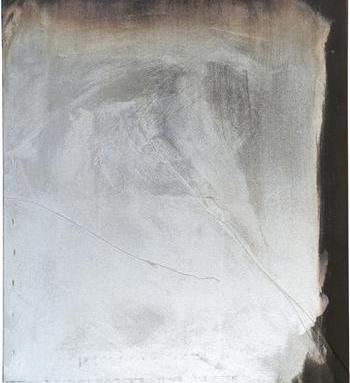 There was plenty to see and think about this past auction week.

The week’s most popular gallery show was the Nate Lowman blockbuster spread across Michele Maccarone’s and Gavin Brown’s galleries. I was told it sold out within hours of the opening. Even if that’s just the gallery spiel, I’m sure it will all sell soon enough.

Lowman’s show was certainly his best yet, even if it probably stretched the artist. It featured a number of photography-based paintings and canvases that looked a little too much like Rudolf Stingel’s old studio-floor paintings were combined with great and witty paintings of air fresheners and Apple computers. It was sprawling, too much so, with the best room being a series of reasonably priced de Kooning-esque “Marilyn” paintings (each about $50,000). Think Richard Prince or Warhol for the budget set.

The auctions, however, were not for those on a budget. Estimates this time around were set very high, and although the record-setting days are mainly over, the sell-through was still pretty strong. But results felt strangely anticlimactic. It’s not that high prices weren’t achieved, but that the hype around several lots had reached such levels that when the pieces finally sold within or below their estimates the audience was already somewhat numb and a bit too blasé about it all.

Take, for example, Jeff Koons’s Pink Panther (1988) at Sotheby’s, sold for $15 million, which would have been an outstanding result if it hadn’t been expected to do $20 million, or Self-Portrait (1964), a Warhol fright wig that hammered at Christies on May 11 at $24 million but had been estimated to sell north of $30 million. And how about the sad Urs Fischer bronze teddy, which hammered at a solid $6 million without premium, an astounding figure for the 37-year-old artist had there not been gossip of $9 million offers turned down and an estimate mysteriously indicated in the catalogue as “on request” as opposed to a clearly spelled out “4-6 million.”

One phenomenon that could not be discounted was the apparent demand for what I’ll refer to as the “new minimalists.” The king of this hill is Mark Grotjahn, who delivered a knockout show at Anton Kern gallery in Chelsea. The new African-styled paintings, comprising thick rings of oil paint, are hypnotic and beautiful, and, unlike most contemporary art, they appeal to everyone. A Grotjahn can hang next to just about anything—Delaunay, Picabia, Leger—and it’s not going to bother anyone at the cocktail party. You can’t say that about your Damien Hirst “fly painting” or your Paul McCarthy chocolate butt plug, and that’s why Grotjahns are sold out everywhere you look.

Meanwhile, relatively unknown “new minimalist” Jacob Kassay’s painting, a silver smear made using photographic processes, with some burnt effect on the edge of the canvas, sold at Philips for a staggering $290,000. Apparently it sold on the primary market for only $10,000 just a year or two ago.

The result made me wonder what would have happened if a Tauba Auerbach painting had gone to auction. When Deitch Projects shuttered, Auerbach took a year to pick from among her New York suitors, before finally settling on the safe and never sorry choice, Paula Cooper. Her paintings are minimal, optical and conceptual all at once—perfect for what this segment of the market is looking for. She has cleverly kept a low profile but her next show has the potential to catapult her into a leading position in this category.

This past week I dropped in on the Casey Kaplan gallery to take in a show by Garth Weiser. These large paintings looked like two different wood grain patterns laid on top of each other in contrasting colors, creating a disorienting and somewhat psychedelic effect. Did I really like it? I did, but it was early afternoon and perhaps I needed a few cocktails to get me in the mood to better appreciate them. It didn’t matter, though: By this time the show was completely sold out at the relatively modest price of $25,000 for a painting. Next time I’ll get there early.

Everyone loves a pretty picture, and these pictures are beautiful. Will they stand the test of time? It’s way too early to tell, but the success of Grotjahn and a few others means that this trend has legs, and of this I am certain: we’ll be seeing more paintings of less going forward.