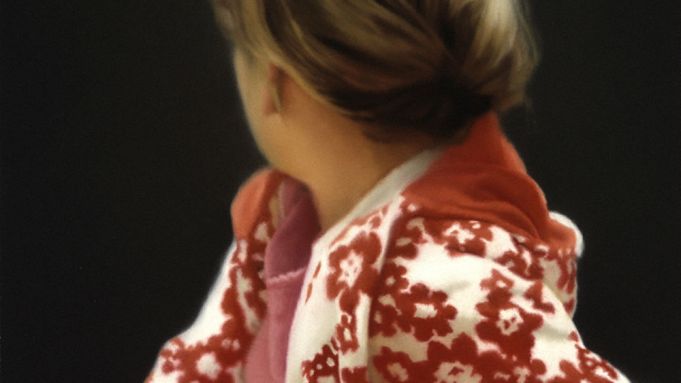 For over a century, the Saint Louis Art Museum has inhabited a grand Beaux Arts building that was designed by Cass Gilbert and is one of the few remaining structures from the 1904 World’s Fair, which covered much of the city’s Forest Park that year. On June 29, the museum unveils a 200,000-square-foot-plus addition by the British architect David Chipperfield, with 21 new galleries, primarily devoted to modern and contemporary art.

“We have such an important collection of postwar art here and wanted to build a building of our own time,” Brent Benjamin, the museum’s director, told A.i.A. during a recent walkthrough with the press, speaking of the $162-million project that has been nine years in the works. “We wanted it to have a character of its own but not sit in competition with our main building, which is important to Saint Louis in ways far beyond its importance to our museum because of the legacy of the World’s Fair and the fabulous site in Forest Park.”

Chipperfield has delivered a sleek, flat-roofed glass-and-concrete pavilion, connected to its soaring host on the eastern side and offering dramatic views from the outside in and the inside out. The most striking feature of the interior space is the ceiling’s continuous concrete grid, with fabric light spreaders inside each rectangular bay that diffuse the natural light coming in from the glass roof. It helps create beautifully airy galleries that seem to flow seamlessly from one to another and are an ideal minimalist backdrop for looking at art.

The new building has not just provided more space for the modern and contemporary collections. As these works have been moved from the main building to the Chipperfield wing, space has been liberated throughout the museum for a substantial rethinking and reinterpretation of its encyclopedic collection. The 68 galleries of the main building have been reinstalled with 1,450 works, nearly a third of which had not been on view for at least 20 years.

This includes a stunning Beaux Arts gallery hung with 39 monumental canvases by Max Beckmann-the largest public collection in the world of work by the German Expressionist. Most were amassed by the local collector Morton May, whose family founded May department stores. Beckmann came to Saint Louis to teach at Washington University in 1947 and became close friends with May, who not only commissioned him to paint his portrait but also hired him to be his painting tutor. At his death in 1983, May left a transformative gift to the Saint Louis Art Museum of more than 5,000 works, rich with holdings of Beckmann and other early-20th-century German artists, including Emil Nolde, Ernst Ludwig Kirchner, Max Pechstein, Otto Mueller, George Grosz, Otto Dix and Erich Heckel, all well represented here in the galleries, as well as Oceanic and Pre-Columbian art, which now are contained in a dedicated gallery for the first time.

In the initial hanging of the new wing, the 12,000 square feet of permanent collection galleries trace the history of American art since 1945. The 8,000 square feet of special exhibition spaces currently showcase the museum’s particular strength in contemporary German art.

“The decision was made in the 1980s to really build on the history of collecting German art in Saint Louis,” said Simon Kelly, curator of modern and contemporary art, during the press visit. With Tricia Paik, assistant curator of modern and contemporary art, Kelly has led the new installation. The 60 contemporary German works on view from the collection include major pieces by Gerhard Richter, Anselm Kiefer, Sigmar Polke, Joseph Beuys, Candida Hofer and Andreas Gursky.

The American presentation dips into the museum’s deep holdings of Philip Guston, who taught at Washington University before Beckmann. The scale of the new galleries easily accommodates massive pieces, including works by Donald Judd, Frank Stella and Morris Louis that had not been on view for two decades, as well as Louise Nevelson, Leonardo Drew and Richard Serra. The galleries also highlight artists with a Saint Louis connection, including Sherrie Levine, who lived in the city for a time as a child and Tom Friedman, born and raised in Saint Louis.

While the new galleries are the star attraction of the Chipperfield wing, the architect has also addressed the museum’s longstanding lack of public amenities by providing a new restaurant overlooking Forest Park, among other improvements. “Unlike most great Beaux Arts buildings of its type, there’s no hidden infrastructure in our main building, which was thrown up very quickly and had no foundations,” said Benjamin, describing how a foundation had to be built around the outside of the Gilbert building to stabilize it before excavation could begin for the parking garage built underneath the new wing. Chipperfield has also created a new grand stair in the main hall down to the lower level, with a rationalized circulation corridor linking the old building and the new to move people, as well as art from the loading dock, through the space.

A newly commissioned piece from English sculptor Andy Goldsworthy celebrates the connection between the old and new buildings. In a tight, sunken courtyard created on the backside of the museum, where the two buildings interface, Goldsworthy has created an undulating installation of 25 arches, composed of limestone blocks quarried locally and held together without mortar using Roman engineering techniques. Titled Stone Sea, it was inspired by the bedrock of limestone which was formed during ancient times, when the Midwest was covered by a shallow sea, and offers a meditation on history and time, fluidity and solidity.

“Andy chose a site that you can’t see from anywhere outside the museum,” says Paik. “He transformed it into something poetic, calling it a window into the earth.” Visitors, who can view it from above when walking behind the museum or see it cresting overhead through windows on the lower level, can also walk through its compressed, dynamic maze. While the connection to the city’s iconic Gateway Arch (1965), designed by Eero Saarinen, was unintended, according to Paik, Goldsworthy has embraced it. “He does talk about this now as being an anti-monument, something sunken down into the ground and a counterpoint to the monumental Saint Louis arch,” says Kelly.

Other area arts organizations are hoping to capitalize on the visitors attracted to the new building. On view at the Pulitzer Foundation for the Arts is the first exhibition (through Jan. 4) devoted to the vibrant, playful, multicolored late sculptures of Donald Judd, who before the early 1980s never used more than two colors in an object. Next door, the Contemporary Art Museum St. Louis has mounted the most comprehensive exhibition of L.A. artist Lari Pittman in two decades (through Aug. 11). At the Laumeier Sculpture Park, with more than 60 sculptures permanently installed over 105 acres of fields and woods, “The River Between Us” (through Aug. 25) looks at how the Mississippi River connects Saint Louis and New Orleans through the eyes of artists including Alec Soth, Allan McCollum and Donald Lipski. And Washington University’s Kemper Art Museum has rolled out an exhibition of its own impressive holdings of contemporary German art (through Sept. 7), including artists such as Franz Ackermann, Isa Genzken, Charline von Heyl and Corinne Wasmuht. All together, they make a case for Saint Louis as an unexpected destination for world-class contemporary art.