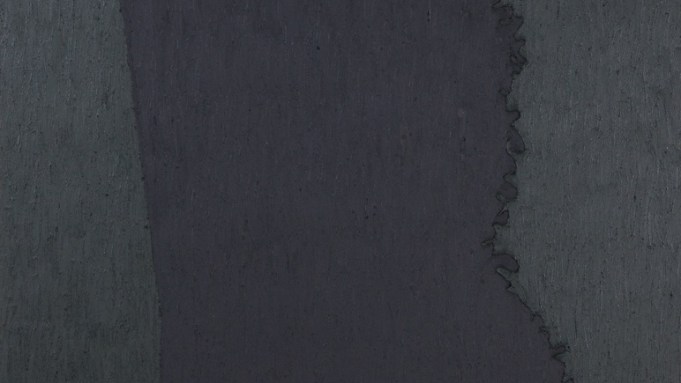 When filmmaker George Lucas, who collects Norman Rockwells, arrived yesterday afternoon at Chicago’s Navy Pier for the VIP opening hours of Expo Chicago art fair, he was ready to buy. “I’m just looking for something for the walls of my apartment,” he said.

But most of the fair was geared toward commerce, and dealers were cautiously optimistic that the Windy City marketplace, now in its third year, would yield up sales.

“Everyone is bringing their A game,” said Chicago dealer Carrie Secrist.

Dealer Kavi Gupta (Chicago and Berlin) had a busy day, selling several $65,000 works by MacArthur Binion, Glenn Kaino sculptures for $50,000 and a $45,000 Roxy Paine sculpture along with more affordable works like $15,000 Scott Reeder paintings, all by dinner time.

The VIP preview got off to a slow start Thursday at noon. “It’s a working town, so they’ll come later,” said Christopher D’Amelio of David Zwirner (New York and London).

Zwirner sales included works by Ad Reinhardt, Suzanne Frecon and Raymond Pettibon, with others placed on reserve. “So, no complaints so far,” he said.

Salon 94 brought large abstractions by Huma Bhabha. The gallery participated in the fair’s debut year, but, according to Jeanne Greenberg-Rohatyn, didn’t do well, and declined to return for its sophomore outing. “But we’re taking another chance,” she said.

Several dealers took an economical approach and shared booths, including Garth Greenan and Fredericks and Freiser (both New York), London’s Max Wigram teaming up with New York’s Elizabeth Dee, and New York’s David Nolan in a duo with Chicago’s Corbett vs. Dempsey.

“We ooh and aah at some of the same things,” John Dempsey told A.i.A., referring to his co-tenant, “though it’s true that the galleries’ programs are distinct.”

More experimental work is on offer in the Exposures section, where smaller booths run about $10,000. The section includes Los Angeles’s Hannah Hoffmann, along with Zieher Smith & Horton and James Fuentes, both from New York. Fuentes is showing painter Landon Metz, who cut one of the booth’s walls in half so that his large abstract canvas juts out beyond the drywall. His 8-by-10-foot canvases go for $22,000.

Many fairs now include cheaper booths for nonprofits, perhaps to elevate the discourse from pure market; over two dozen are represented at Expo. The Renaissance Society, from Chicago’s Hyde Park neighborhood, was still setting up shop partway through the VIP preview. Staffers had encountered a Shaq-generated traffic jam that morning, one told A.i.A.

A neon work by Alfredo Jaar reading “Teach Us to Outgrow Our Madness” hangs in the booth of New York-based Human Rights Watch (HRW); the sign is based on a quote from Japanese author Kenzaburo Oe.

“Art fairs are bananas,” said HRW’s Jobi Cates. “We work in a field of austerity and scarcity, so to come here and see ideas expressed in such grand fashion is, for us, a bit like going to Las Vegas for the first time.”

Please, We Implore You, Don’t Try to Shoot The Balloon

The Most Stylish iPhone Wallet Cases Bring Together Form and Function