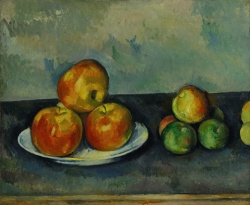 Sotheby’s kicked off the spring New York auction season last night with a $230-million, over-two-hour Impressionist and modern art sale that included a record price for a Marc Chagall work on paper and an auction record for Georges Braque, despite material on offer that two New York dealers described to A.i.A.as not of the highest quality.

With 84.5 percent of works finding buyers amid at-times lively bidding, the sale achieved almost the high estimate of $235 million for the evening. “Not quite all the buyers have gone over to contemporary art just yet,” joked the auction house’s David Norman at a post-sale press conference.

“The art market has gone viral,” Gagosian New York’s Andrea Crane told A.i.A. by phone this morning. The sale attracted bidders from 35 countries, with the greatest participation ever from Latin America and Asia, according to a post-sale press release. “The market is incredibly wide, with bidders from all over the world jumping in,” Crane said. “I was surprised the sale did as well as it did. When pictures that are not A-plus quality perform extremely well, there’s clearly a wide pool of buyers.”

“There’s a lack of great works out there, but buyers want those Monets at high prices even though they are not great ones,” said Emmanuel Di Donna, of New York’s Blain Di Donna Gallery, who brought home the Braque. “There’s depth in the market. It’s become more democratic. There are a lot of people who can spend $4 or $5 million.”

Some tabloid-worthy buyers were present, such as the indicted New York art dealer Helly Nahmad, in his customary front-row seat on the sales floor, though he was not seen to bid. In a private viewing room, meanwhile, was hoodie-clad rapper LL Cool J, recently in the press for a controversial guest appearance on country singer Brad Paisley’s widely panned tune “Accidental Racist.”

The biggest sale of the evening, to an unidentified buyer at $41.6 million, above its $35-million high estimate, was Paul Cézanne’s Les Pommes (1889-90), a small still life of apples. Off the market for 60 years, the painting came from the holdings of New York collectors Alex and Elisabeth Lewyt and inspired five and a half minutes of spirited bidding, including an unsuccessful bid by Stephane Cosman Connery, former director of private sales at Sotheby’s, now a private dealer and seated in the second row.

Also from the Lewyts came L’Amazone, a 1909 canvas by Amedeo Modigliani, which fetched $25.9 million from an anonymous purchaser, in the mid-range of its $20-30 million estimate. Last on the market in 1953, it depicts the socialite Baroness Marguerite de Hasse de Villers in a mustard-hued riding habit.

Setting an auction record for Braque at $15.8 million was Paysage à la Ciotat (1907), a southern French landscape in bright purples, greens and yellows that was estimated to sell for $10-15 million. Di Donna bought the canvas for a client, he told A.i.A. by phone this morning.

“Our collector has been chasing great Fauve pictures and was willing to go the extra mile,” he said.

At $4.8 million, Chagall’s Animals dans les fleurs (1952-59) soared past the previous $2.95-million record for a work on paper in three and a half minutes, with at least three contenders bidding by phone.

When an anonymous buyer, bidding online, offered $1.1 million for René Magritte’s 1956 gouache La Leçon des Ténèbres, Meyer said, “Is that our highest ever online bid? Who would have known?”

Squeaking by its $7-million high estimate at $7.1 million was a painting on offer by Madonna, Fernand Léger’s Trois Femmes à la Table Rouge (1921), which hung in her bedroom for many years. The sheen of celebrity seemed not to raise the painting’s value, even though the proceeds will support education projects in Afghanistan and other countries.

The action continues tonight at Christie’s, which puts 51 works on the block in an auction of Impressionist and modern expected to bring as much as $202 million.

“If tonight was a brawl,” Crane predicted last night, “next week I think we will see a real battle.”