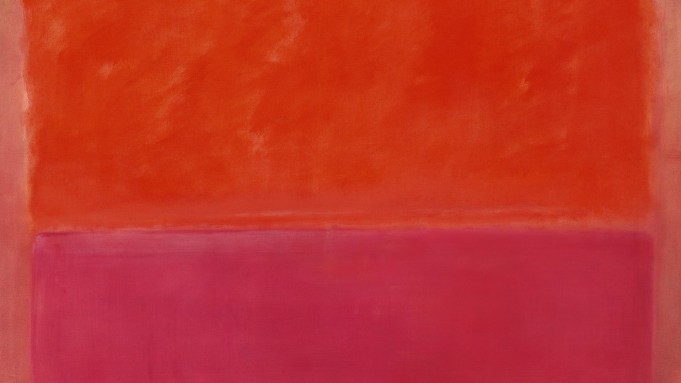 Despite Storm Sandy’s aftermath and a shaky stock market, and while anti-austerity street protests spread throughout Europe, the wealthy rallied last night to push Sotheby’s New York’s contemporary art auction to become the house’s biggest sale ever, at $375.2 million.

The results narrowly topped the evening’s high estimate of $374.8 million. With 84 percent of the 69 works offered finding buyers, the sale set auction records for Jackson Pollock, Franz Kline, Hans Hofmann, Arshile Gorky, Robert Motherwell and Wade Guyton, and set a record for a Warhol work on paper. The house’s previous high was $362 million, achieved in May 2008.

“There was quite a bit of bidding from Asia and Europe as well as America,” observed New York art advisor Wendy Cromwell.

“We’ve seen that the art market continues to march to the beat of its own drum, in spite of or maybe because of all the problems in the world economy,” noted New York dealer Christopher Eykyn. “But there were some very good examples, and there’s a pent-up demand for great works and people are willing to pay what’s required. There was always a good feeling in the air about how this week was likely to go, but even I was a little surprised about how well it went last night.”

The evening’s take far outstripped the May contemporary art evening sale (where Lichtenstein and Twombly set records), which brought $266.6 million.

Mark Rothko’s No. 1 (Royal Red and Blue), a 1954 abstraction, brought $75.1 million, far above the high estimate of $50 million. For eight minutes, Sotheby’s Charles Moffett and Lisa Dennison slugged it out on behalf of anonymous phone bidders. When the price hovered at $56 million, Moffett boldly leapfrogged to bid $60 million, but his bidder hesitated longer and longer each time Dennison-whose bidder never gave an additional million a second thought-bid the price up further. The price for No. 1 did not match the high achieved in May, when Rothko’s Orange, Red, Yellow (1961) sold for $86.8 million, which still stands as an auction record for a work of postwar contemporary art. It did beat White Center, sold by David Rockefeller, which brought $72.8 million at Sotheby’s in May 2007.

The evening’s number-two seller was Jackson Pollock’s oil, enamel and aluminum on canvas drip painting Number 4, 1951, which brought $40.4 million, over the high estimate of $35 million. The price bested Pollock’s previous auction high of $23 million, brought at Christie’s New York in May. Again, Dennison was the victor over other Sotheby’s Jennifer Brown and other phone bidders. The seller was Palm Beach, Fla., real estate businessman Sidney Kohl, who has held on to the painting since acquiring it from New York’s Robert Elkon Gallery in 1974. It was once owned by the artist’s psychiatrist, Ruth Fox, according to Sotheby’s.

Coming in at number three, commanding $29.8 million, was one of Francis Bacon’s Pope paintings, which had been in a private collection since a 1975 auction at Sotheby’s. Estimated at $18-25 million, Untitled (Pope), from circa 1954, is part of the artist’s series of screaming Popes painted in the wake of World War II, referencing Velázquez’s portrait of Pope Innocent X (1649). Sotheby’s specialists Grégoire Billaut, David Norman, August Uribe and others competed; during a quiet moment after the bidding reached $25 million, David Norman was heard to bid good evening to his unsuccessful bidder over the phone with a sunny “thanks so much” that brought laughs from the sales floor.

A Willem de Kooning abstraction from ca. 1949, also from the Kohl collection, brought $17.5 million, just in the middle of its $15-20 million estimate, to be the evening’s fourth-highest sale. Gerhard Richter’s Abstraktes Bild (1990), a squeegee painting, was fifth, going for $17. 4 million in just two minutes of bidding. It was estimated to sell for “in excess of $16 million.”

Warhol’s 1964 silkscreen on paper Suicide set a record for a Warhol work on paper at $16.3 million, blasting past the previous record of $5.1 million. Part of his “Death and Disaster” series, it shows a figure silhouetted against the sky while falling through the air from a high window.

The sale included no fewer than eight Warhols (there were to be nine but the largest was withdrawn before the sale), which brought a total of $54 million, showing no sign of a weakened market for all the Warhols brought to market when the Andy Warhol Foundation recently elected to sell off its remaining works by the artist via Christie’s New York.

Eykyn scooped up Warhol’s silkscreen on paper Cagney (1964), showing actor James Cagney in Angels with Dirty Faces (1938), for $6.6 million after just 3½ minutes of bidding. “It’s a great work and we wanted to come home with it,” he said. “It’s part of that moment where he’s in the early days of exploring images from popular culture, and how they could be translated into an artistic language.”

An untitled 7-foot-high Wade Guyton from 2007, showing a giant black X on a bare linen ground, brought a record $782,500, far exceeding his previous high of $676,924. His exhibition “Wade Guyton OS” is currently at the Whitney Museum in New York.

But the evening lost a great deal of energy partway through the sale, with works by Richard Prince, Brice Marden, Ad Reinhardt, Lucio Fontana, Jeff Koons and Andreas Gursky failing to sell.

“They front-loaded the sale with really good things, and the older works,” Cromwell told A.i.A. by phone this morning. “All the wind went out of the sale after the amazing early lots were done. It’s almost like there are two markets again. The newer material is less desirable. There’s a huge split in the prices achieved for postwar work and post-’90s work. It makes the newer work look trivial, when it’s not.”

Eykyn ascribed the cause to the relative rarity of postwar works versus contemporary examples. “What buyers respond to at the moment is opportunity to get extraordinary works, and the New York School opportunities come along rarely, whereas you’ll have another chance to get a great Koons,” he said.

A. Lange & Söhne Made a One-of-a-Kind Chronograph for This Year’s Concours of Elegance