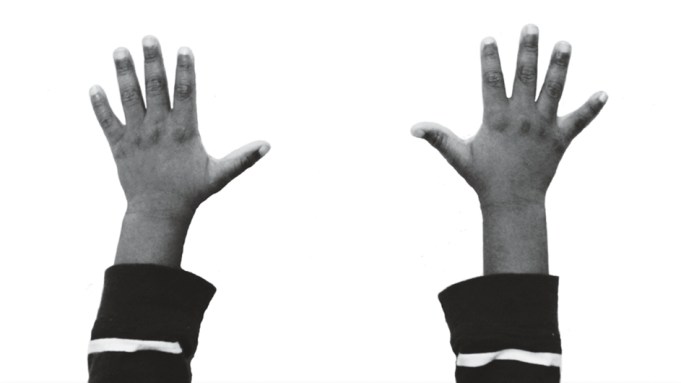 THE ST. LOUIS art world today is defined by the oppositional consciousness that emerged in the wake of the 2014 killing of Michael Brown and subsequently spread out through the streets and into museums around the world in the ensuing three years. Reverberations from the protests that began on West Florissant Avenue in neighboring Ferguson, Missouri, where Brown was shot, continue to be felt far beyond the formerly sleepy Midwest city. While the full social and political effects of this pivotal moment are still being assessed, it is clear that the role of art in the city has been reconfigured—and that St. Louis now offers a model for the critical reinvention of the art world as a whole.

Young artists who played key roles in St. Louis activism have become national and international figures. Members of Artivists STL, a collective organized by De Andrea Nichols—including Marcis Curtis, Sophie Lipman, and Mallory Nezam, among others—were highly visible at marches in 2014. Together they carried a mirror-covered, casket-shaped box, confronting officers on the front lines with their own fractured reflections. Mirror Casket, as the work became known, has since entered the Smithsonian Museum of African American History and Culture’s collection. Artist Damon Davis created outdoor installations around the city in 2014, many incorporating images of fellow activists’ raised hands—that potent symbol of police brutality against unarmed black men. The “All Hands on Deck” series (2014), initially positioned in boarded-up windows in Ferguson, led to exhibitions for Davis at the New York Public Library’s Schomburg Center in Harlem and the Museum of Contemporary Art San Diego. Most recently, Whose Streets? (2017), the documentary Davis codirected with Sabaah Folayan about the uprising, has been distributed across the nation to wide acclaim.

While certain individual artworks and collective actions have become icons of the movement, many of the artists behind them have channeled the energy of the protests into attempts to transform institutions. The oppositional spirit of Ferguson reemerged in this context in the fall of 2016 when a retrospective of Kelley Walker’s work opened at the Contemporary Art Museum St. Louis (CAM). At a now infamous public program, the white New York–based artist attempted to dodge questions about the intention behind his appropriation of images of black bodies for his work. Davis issued a widely circulated call for a boycott of the museum and the removal of Walker’s paintings. Black members of the CAM staff, including Nichols, signed a remarkable letter in support of protesters, revealing their commitment to working within the institution to transform its power relations. [pq]Revolt has arguably become the city’s greatest art world export.[/pq]

In retrospect, the CAM protest appears to have anticipated a pattern that would be repeated in calls for the destruction of Dana Schutz’s painting of Emmett Till in the 2017 Whitney Biennial in New York and the dismantling of Sam Durant’s Scaffold (2017)—a monument to Dakota men executed in the nineteenth century—at the Walker Art Center in Minneapolis. The radicalized terrain of St. Louis has consistently sparked the consciousness of the nation. Revolt has arguably become the city’s greatest art world export.

The art world has been pushed to adopt a new set of ethics, with both powerful institutions and grassroots organizations aiming to expand the representation and visibility of artists of color, widen the canon of contemporary art, and respond to public demands with practical transformations. For its part, CAM recently hired Kuwait-born Wassan Al-Khudhairi as chief curator, the first person of color to hold that position. The museum has also created a fellowship designed to foster more diverse staff hiring and hosted public programs meant to offer an increased level of transparency about CAM’s curatorial process.

The neighboring Pulitzer Arts Foundation has become in recent years a model for how an institution can maintain a rigorous curatorial vision while simultaneously remaining relevant to its immediate community. Director Cara Starke and director of public programs Kristin Fleischmann Brewer have stressed collaborative initiatives. Glenn Ligon organized the 2017 exhibition “Blue Black,” a show examining the political, formal, and metaphysical modes in which the two colors have been used. In 2016 the Pulitzer initiated a new series of commissioned works with whiteness, inc., a video by poet and artist Claudia Rankine that examines the racial dimensions of consumerism. While Rankine and Ligon have brought national attention to the Pulitzer, the space has also hosted St. Louis–based civic activist groups, poets like Treasure Shields Redmond and Aaron Coleman, self-care advocates, experimental architects, musicians, and a wide range of diverse local artists.

THESE INSTITUTIONAL CHANGES are happening in tandem with the growth of small-scale, artist-run organizations throughout the city and its surrounding towns. After decades of flight to other art centers, many artists and curators are finding that St. Louis, once considered to be on the margins, has become a site of expansive possibilities. The artists and activists currently reimagining the city are conversant with a new vocabulary: intersectional, speculative, revolutionary. Led primarily by artists and organizers of color, along with an increasing number of transplants and others returning to the city after decades away, the cultural community has made St. Louis a compelling space for aesthetic investigation and direct action.

Key anchors of this movement include the Yeyo Arts Collective, a nonprofit led by an intergenerational group of female artists of color. Their space hosts art exhibitions, craft workshops, musical performances, and meetings for community organizations including the Cowry Collective, which maintains a network for bartering goods and services outside the cash economy. The Black Skillet Funders also utilizes the Yeyo Arts Collective space to host dinners, the proceeds from which are used to give microgrants and loans—not to mention meals—to black artists. The Cherokee Street Reach empowers youth in a community that is home to many artists and activists through a range of art camps, street festivals, and performances, often held in the self-organized Love Bank Park. [pq]Perhaps for the first time since its peak more than a century ago, the city seems to be looking forward rather than toward the past.[/pq]

The collective sensibility manifest in such organizations is reflected in the working methods of artists in the city, who tend to place a premium on mutual support. Though they show work individually, Lyndon Barrois Jr., Addoley Dzegede, Jen Everett, Kahlil Robert Irving, De Andrea Nichols, Katherine Simóne Reynolds, and WORK/PLAY (Kevin and Danielle McCoy) comprise an informal collective, often exhibiting together in spaces such as projects+gallery and Kansas City’s 50/50. Artist Basil Kincaid produces performances in vacant lots as often as in proper galleries, his work taking the form of rituals of healing and reclamation. Similarly, Ilethia Sharp’s itinerant curatorial experiments take advantage of the unconventional spaces available in the postindustrial city, popping up on racquetball courts and in vacant warehouses.

Many artists returning to the region after stints elsewhere are finding space for curatorial experimentation. Amy Granat and Annina Herzer’s distinctive storefront nonprofit, Parapet Real Humans, has hosted solo projects by artists from around the world, including Jacob Kassay, Karin Schneider, and John Riepenhoff. Outside of town, Galen Gondolfi and Chris Carl’s sprawling Granite City Art and Design District (GCADD), an offshoot of the legendary fort gondo compound for the arts, now occupies a full city block in a sparsely inhabited steel town across the river from St. Louis. The District hosts an array of exhibition spaces, land art experiments, and unclassifiable performances. There is a feeling of dense interconnection between each of these projects, with many participants eagerly taking on roles at various institutions and within different collectives.

Somewhere in this mix, an alternate St. Louis is still taking shape. Perhaps for the first time since its peak more than a century ago, the city seems to be looking forward rather than toward a past when it was the fourth largest city in the United States. It is no accident that St. Louis’s creative rise has tracked with direct activism. Artists are taking more profound risks than they have in decades, institutions and independent spaces are becoming more responsive to public needs, and many in the city are echoing critical theorist Grace Lee Boggs’s sentiment that staying put is the most radical thing you can do. The art world here remains in a state of emergency as well as emergence. The lessons from the unending series of protest actions over the past several years are incompletely embedded in institutional and individual practices, but the overall cultural field has undergone a dramatic change since 2014. It remains to be seen if this radicalism can last, or if post-2014 St. Louis will simply become a footnote to history. An energy born here seeks to transform the world. The question is, how far will we let it change us?

Atlas is a rotating series of columns by writers from London, St. Louis, and Dhaka.