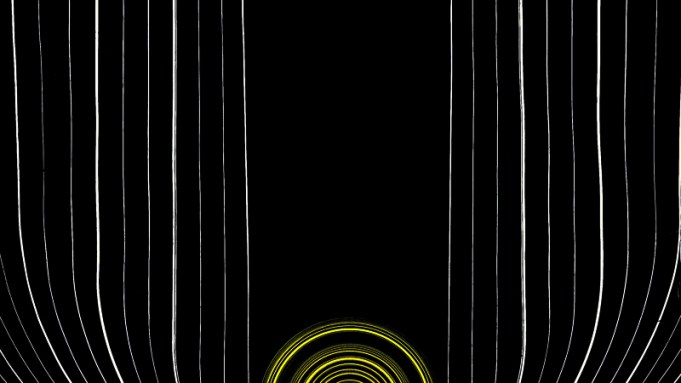 In the March issue of A.i.A., Robert M. Rubin’s article “Unveiling the Unhouse” looks back to an influential essay by the late architecture historian Reyner Banham, known as a champion of Buckminster Fuller, ardent futurist and critic of the modernist movement. One of the most remarkable things about Banham’s article “A Home Is Not a House,” published in A.i.A.‘s April 1965 issue, is the illustrations by the Montreal-based French architect François Dallegret. As demonstrated by “GOD & CO: François Dallegret Beyond the Bubble,” a recent retrospective at London’s Architectural Association, Dallegret continues to distinguish himself with a vivid imagination and a keen eye. These same qualities drew the enthusiastic attention not only of Banham but of A.i.A.‘s editorial team in the 1960s. We caught up with Dallegret to flesh out the background of his collaboration with the magazine.

BRIAN DROITCOUR You worked extensively with A.i.A. in the 1960s, including a cover design for the March-April 1966 “Art Fiction” issue, which included speculations from several critics about the future of art. How did that relationship come about?

As for the cover drawing for the 1966 “Art Fiction” issue-the future is art and art is the future. My head has always been rolling ahead of what is feasible and I keep trying to make it happen!

DROITCOUR Did A.i.A. introduce you to Banham, or did you meet him independently of the magazine?  Was it an easy collaboration?

DALLEGRET It was Lipman who introduced me to Banham. Right away, he wanted me to consider making a series of drawings for his article “A Home Is Not a House.” Our love affair started there. He later featured my unrealized designs for Montreal’s urban planning in his book Megastructure: Urban Futures of the Recent Past (1976).

DROITCOUR Returning to your cover design for the March-April 1966 issue, the table of contents includes a note mentioning that you were designing “part of the amusement area for Expo 67” in Montreal. What did that amusement area involve?

DALLEGRET I left New York in August 1964 to build Le Drug, a pharmacy and restaurant, my first work in Montreal. After that I formed a group of four designers and architects to propose a No-Man’s Land for Expo 67, which Montreal was hosting.  We came up with the idea to build something for La Ronde, the Expo’s amusement area. We proposed a zone with no traditional architecture, where every physical element would be aimed at creating a world of fun experiences. Unfortunately, we submitted our proposal too late, and each of us was awarded a separate contract.

DROITCOUR In the past, World Expos offered a chance for artists to engage with emerging technologies, but in the last few decades it seems that the Expos have stopped inviting artists to produce projects. Do you think there are any forums now, outside museums and other art institutions, for artists to share their visions of the future? Does contemporary art have anything to say about the future?

DALLEGRET Expo 67 was definitely the last Expo worth the name. I continue to collaborate with an engineer from Paris and a factory in Quebec, and I travel a lot, so I stay up to date with what’s going on. But I’d like to be much more involved with online projects and web design.

DROITCOUR Do you think that any of the prognostications that were popular in the ’60s have come to pass?

DALLEGRET I can speak about some of my own predictions-a mishmash of pseudo-technological daydreams. In 1966 I made a project called The Machine¸ where 142 photo cells were exposed to a set of fluorescent tubes between two aluminum extrusions, and as visitors passed through it the sculpture translated the sound of their movements.

For “Art by Telephone,” a 1969 exhibition at the Museum of Contemporary Art, Chicago, I made Soft Laser, a 30-foot wire heated by a 220-volt charge. It made a concave arc that glowed bright red, hence the name. While my work looked futuristic, I was an idealist, experimenting with technology for experiment’s sake, rather than trying to find a practical application for future use.

DROITCOUR Your work reflects a fascination with cars and I’m curious about your reaction to emerging developments in automobiles. Do you have any thoughts on Uber? Would you like to ride in a self-driving car?

DALLEGRET Why not?! I’m open to anything that could help with moving around. But watch out for Uber’s surge pricing.

I’m no longer as fascinated by classic cars as I used to be so I sold my Jaguars and Citroëns 15 years ago and now I lease a Volkswagen. But if you offer me a 1927 Bugatti Type 35 I won’t refuse it!