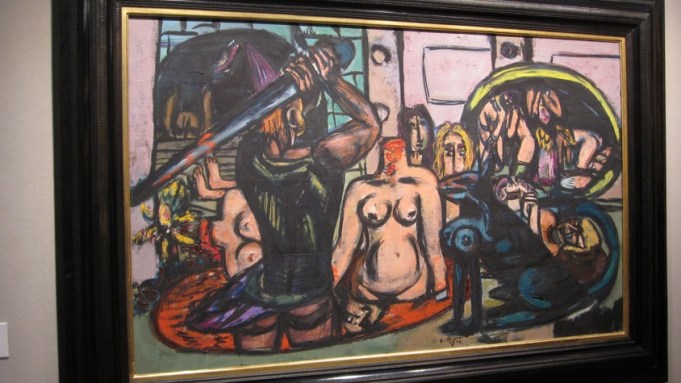 Requesting first-day sales results from dealers at this year’s 25th jubilee edition of TEFAF was a thankless job. “You know full well that since last year we don’t sell anything here during TEFAF,” a dealer in a prime location told me when I requested the opening’s figures. Last year’s 13% hike in Dutch sales tax on art, which now stands at a staggering 19%, much higher than in many other EU countries, has not stopped dealers from doing business at TEFAF, but it has driven them to make (and publish) the ensuing sales elsewhere.

Hugo Nathan, president of 19th- and 20th-century painting specialists Dickinson Roundell (New York) told A.i.A., “TEFAF is a great showcase for our gallery, rather than a vital source of revenue,” quickly adding that “business was good.”

To avoid the tax, many dealers stall the finalization of sales until well after TEFAF. “The Dutch government is losing out on any kind of sales tax at TEFAF,” the fair’s accountant, Jacq Linssen, told A.i.A. He noted there could be serious repercussions if Dutch tax officials were to discover a work imported for TEFAF in a Dutch collector’s home: “Then it is clear that the work was imported into the country and not only placed in holding.”

But then again, there are not so many big Dutch collectors. TEFAF vetting committee member Willem Baars told A.i.A. that in fact there are hardly a handful of serious modern and contemporary art collectors in the Netherlands, qualifying “serious” as someone who spends at least $1 or $2 million annually on art.

Contemporary art at TEFAF continues to decline, with a few noteworthy exceptions. Paul Schönewald of Schönewald Fine Arts (Düsseldorf) was uninterruptable during the VIP opening. He confirmed that 80% of his Gerhard Richters were sold on the first day. Tough luck for anyone interested in the small oil painting Kleine Strasse (1987), which sold in the first hours for over $1 million.

One of the very few contemporary specialists at TEFAF, Haunch of Venison (London and New York), disappointed, bringing a conservative booth of dull works by artists including Afro Basaldella, Cy Twombly and Pierre Soulages.

In the “Old Masters/Painting” section, Colnaghi of London had sold Peter Paul Rubens’s The Crucifixion, with a list price of roughly $4.6 million, “within the first 90 minutes of the opening,” Blanka Bernheimer told me. Sales were less immediate at French & Company (New York), which waited 10 years to sell their 1949 Max Beckmann painting, Perseus’ Last Duty. First offered at TEFAF in early 2002 at $7 million, it reappeared in 2005, at Sotheby’s – estimated between $ 4-6 million. In 2008, it was back at TEFAF and worth $8.5 million to French & Company. This year, the New York dealer is trying it again. Buy it in 2012 and get $2 million off the price: a bargain at $6.5 million.