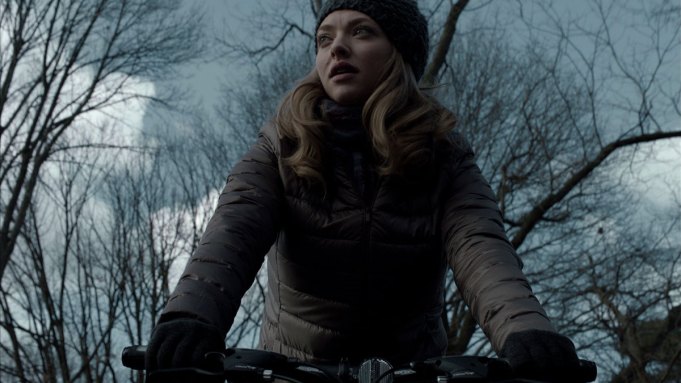 If you were to round up a hundred film critics and force them to admit one complaint they had against arthouse cinema—the kind of films that premiere at Cannes, Venice, and Sundance—what would you hear most often? Abstruse? Perhaps. Overwhelmingly dominated by men? Likely. Fast-paced, short, and full of action? Never.

Few of the more well-known competitors in this year’s Cannes selection, from Alice Rohrwacher and Hirokazu Kore-eda to Asghar Farhadi and Paweł Pawlikowski, make use of High Hollywood Aesthetics: ample special effects, massive star-studded casts, dynamic camera motions, and an average shot length of under five seconds. This is not just phenomenon of 2018 either. Most of the big names in arthouse cinema—Michael Haneke, Claire Denis, Hou Hsiao-hsien, Kelly Reichardt, Andrea Arnold—eschew snappy editing, frenetic pacing, and plot-driven screenplays. There are exceptions of course (Pedro Almodovar, the Safdie brothers, and Park Chan-wook, to name a few.) But it is undeniable that what’s come to be known as “slow cinema” predominates on the festival circuit.

Loosely defined and amply debated, slow cinema characterizes films that, in some crucial way, make the passage of time feel prolonged. Its most salient tropes include long takes, wide angles, static frames, visual flatness, repeated compositions, minimal use of music, heightened sound effects, “non-acting,” and the consistent primacy of images over dialogue. While an epithet for some and emblem to others, slow cinema has become one of the dominant languages of contemporary film. But how did slowness become a defining aesthetic concept?

Paul Schrader was one of the first writers to analyze films that rejected Hollywood’s conventional techniques of editing, sound, acting, and camerawork in favor of a calmer, more meditative approach. In 1972, years before he wrote Taxi Driver, Raging Bull, and The Last Temptation of Christ, Schrader was a precocious film critic and recent graduate from a Calvinist college in Grand Rapids, Michigan, whose writing had attracted the attention and support of New Yorker critic Pauline Kael. He was just twenty-four years old when he published The Transcendental Style in Film, a focused study of Yasujiro Ozu, Robert Bresson, and Carl Theodor Dreyer. A new edition of Transcendental Style has recently been published by the University of California Press. The book’s release coincided with that of Schrader’s latest movie, First Reformed, which follows a dour alcoholic priest (Ethan Hawke) who is sick, irritable, and completely at odds with his small country parish.

It’s an illuminating pairing, since the religious themes of First Reformed suggest links to Transcendental Style and its exposition of how film can create an experience of the spiritual and otherworldly. But Schrader’s text also serves as a guide to understanding how a mode of filmmaking that was oppositional and eccentric in the ’70s has become a major cinematic style.

The choice to focus on Ozu, Bresson, and Dreyer is clever, if slightly idiosyncratic. The three directors lived in different countries, had no personal contact with each other, and weren’t consciously in dialogue with each other’s work. Schrader focuses on similarities in how their movies look and sound and feel, rather than what they are about. All three are masters of austerity: with limited means, they created works of incredible depth, richness, and humanity. And, according to Schrader, their best films instill viewers with a feeling of transcendence, or at least an awareness of a realm beyond the material world.

Mere similarity of style doesn’t make for an intellectually satisfying category, however, which is why slow cinema, despite being a useful term, grows less interesting the more you think about it. But where slow cinema is fuzzy and expansive, potentially applying to a wide array of movies, the transcendental style, as Schrader defines it, is rigid and narrow, often serving a polemical purpose. For Schrader, it’s not a coincidence that Ozu, Bresson, and Dreyer made movies that looked and felt the same. They were using the style to provoke. “There is a fundamental difference,” he argues, “between being slow to create a mood and being slow to activate the viewer.”

The case for Bresson is the most convincing. He was an intensely spiritual man, keenly aware of the philosophy of aesthetics and able to articulate his ideas about cinema brilliantly. He made no secret of his reasons for shooting things the way he did. “I tried to make the audience feel these extraordinary currents . . . the presence of something or someone unseen,” he said regarding his 1956 film A Man Escaped, about a French resistance fighter detained by the Nazis. “I would like in my films to be able to render perceptible to an audience a feeling of a man’s soul,” he reflected in another passage cited by Schrader, “and also the presence of something superior to man.”

Schrader breaks down Bresson’s use of “the everyday,” plot, acting, editing, camerawork, and sound. He notes how Bresson loathed theatrical or emotional performances that spelled out the inner lives of the characters. Instead, Bresson asked audiences to imagine his characters’ emotional struggles. Schrader’s analysis is informed by his theological studies, and he compares Bresson’s work to Medieval devotional art. Schrader also highlights how Bresson similarly avoided plot and drama— “film would have been marvelous if there hadn’t been dramatic art to get in the way,” according to Bresson—because conventional storytelling lulled viewers into expecting a resolution, rather than prompting them to engage with the immediacy of images on screen.

Dreyer makes for another interesting case study, particularly because, unlike Bresson, he experimented with many styles of filmmaking, such as expressionism in Vampyr (1932) and chamber drama in Master of the House (1925) along with the transcendental style in The Passion of Joan of Arc (1928), Day of Wrath (1943), and Ordet (1955). The chapter on Ozu, however, is less compelling. In fact, it can be an almost uncomfortable read. Schrader’s analyses of Bresson and Dreyer are fleshed out with ample studies of their own writing, the opinions of their compatriots, and the cultures they inhabited. His treatment of the European directors breathes life into their peculiar ways of making movies, and does the essential job of linking an exposition of how they worked to questions of why they wanted the audience to feel a certain way. Ozu, however, is seen almost exclusively through the lens of Western interpreters. His own words are used sparingly, and virtually all of Ozu’s work is considered under the generic umbrella of “Zen,” for which Schrader uses a definition from the Allied Powers’ Religious and Cultural Division, of all possible sources.

The reader is left with a picture of Ozu—a man committed to using film to examine his country’s politics, culture, and direction—as a kind of Buddhist monk caricature. He appears as an artist contemplating “nothingness” and “the eternal now,” poking away at transcendence and ignoring the messy politics and the inheritance of the past, as opposed to the likely possibility of him using the experience of transcendence as a form of critique. As much as they engender Buddhist sentiments of emptiness and impermanence, masterpieces like The Only Son (1936) or Late Spring (1949) are critical studies of capitalism, generational struggle, and modernity firmly rooted in Japan’s very worldly conditions.

But this was 1972. Said’s Orientalism was another half decade away and non-Western criticism of Ozu wasn’t as accessible it is now. It’s clear that in the subsequent four decades, Schrader’s appreciation for the relationship between spirituality and politics has become more refined. After all, First Reformed is, behind the veneer of contemplative spiritual angst, a raging battle cry against facile mainstream Christianity, megachurches, and the gospel of wealth. It’s an almost identical setup as Bresson’s Diary of a Country Priest (1951), down to the main character’s subsistence on bread dipped in wine or whisky. But the movie is also reminiscent of Taxi Driver insofar as it depicts an isolated lonely man with strong moral convictions spiraling toward violence.

Paired together, Transcendental Style and First Reformed amount to something like a point-counterpoint. The book outlines a rigid and detached cinematic style in which elements like plot, drama, and suspense were deliberately suppressed to increase the audience’s sensitivity. First Reformed resembles an Ozu film, composed almost entirely of static, low shots from a medium distance. But the film is also a thriller that knowingly pulls the audience into a profound spiritual crisis that could erupt in violence at any moment.

Reading Transcendental Style now, it’s impressive not just how vibrant and convincing a study of a cinematic aesthetics it is, but how prescient it feels. The new introduction enriches the idea of contemporary slow cinema by homing in on the phenomenological experience of time passing. Schrader re-evaluates the work of art directors like Warhol, Michael Snow, Stan Brakhage, Maya Deren, and Chantal Akerman, placing them in dialogue with writers like Gilles Deleuze, Andre Bazin, and Susan Sontag. Ultimately, what Schrader wants us to remember by thinking about these films in relation to each other is that slowness is important because it points us in the direction of what’s fundamentally at play in film: time and the experience of it. Photography and painting are frozen. Plays are limited by performances. Movies? Time is what they’re made of.