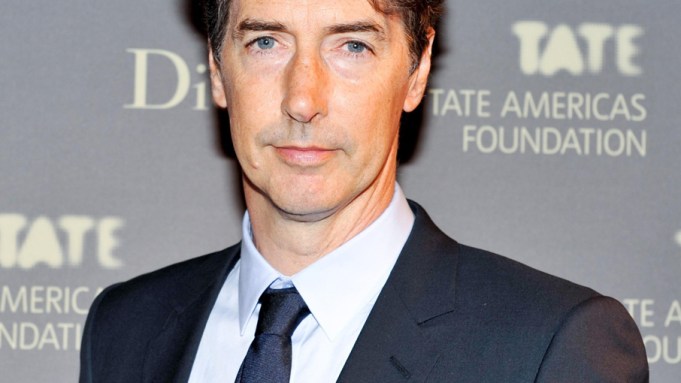 On a night threatened with storms and overscheduled with art fair parties, the Pan-American art world elite gathered in the cavernous Moynihan Station, the old post office in midtown Manhattan, to raise money for the Tate Americas Foundation. Celebrating over 30 contemporary artists from the Western Hemisphere with its third triennial artists dinner, the event drew a cast of collectors, patrons, artists and movie stars from North and South America.

“Tate is very supportive of art from the Americas, so we like to support Tate for that reason,” Venezuelan artist and honoree Alexander Apóstol told A.i.A. Current exhibitions of American artists at London’s Tate Modern include “Lichtenstein: A Retrospective” (through May 27) and “Ellen Gallagher: AxME” (through September 2013).

The event demonstrated the Tate’s strong support outside of Europe, raising more than $2 million. Tate patron Juan Carlos Verme underscored the museum’s commitment to building a collection of American art that is “new in scale and depth for any museum in Europe.” The live auction featured a Sex and the City-style afternoon of shopping with honorary chair Sarah Jessica Parker, which brought in $85,000. The ultimate art vacation was also on offer courtesy of Greek megacollectors Dakis and Lietta Joannou. A cruise through the Greek Islands on Guilty, their Jeff Koons-designed yacht, went for $175,000.

Kira Flanzraich, the event’s Miami-based co-chair, told A.i.A. that supporting the arts is fundamental in a globalized world, where “art is one link between every country and every culture.” To that end, she continued, “the evening was a success—with two exclamation points.”

Formerly the American Patrons of the Tate, the organization changed its name in 2012 to reflect its global perspective. José Roca, adjunct curator of Latin American Art at Tate London, told A.i.A. that the organization is “American in a wider sense, with an emphasis on the Americas.” Indeed, the artists honored at the gala, including Tania Bruguera, Wade Guyton, Paul McCarthy, Julie Mehretu and Vik Muniz, comprised a true cross section of contemporary “art in America.”

“There are no national boundaries to art,” honoree Lawrence Weiner told A.i.A. “Artists support Tate because it shows work to the public and the public is there,” Weiner continued. “That’s a reason to come out and have a drink.”