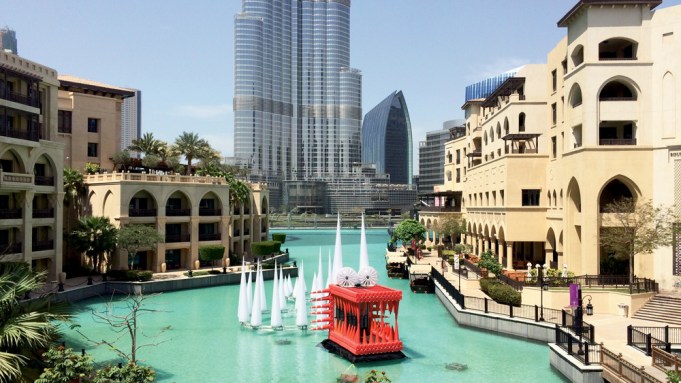 Rem Koolhaas, the chief curator of the 2014 Venice Architecture Biennale (Jun. 7-Nov. 23) and one of the most influential architects working today, argues that contemporary architecture “is not in particularly good health.” 1  When did architecture get sick? According to Koolhaas, sometime around World War I, when a wave of modernism swept across the globe and rapidly erased traditional styles. Today it seems that architecture is suffering from a chronic state of flatness, with symptoms of typological repetitiveness and formal fatigue: “architectures that were once specific and local have become interchangeable and global,” the Dutch architect was quoted as saying in a recent press release.

The well-being of contemporary architecture is the linchpin of the upcoming Biennale, titled “Fundamentals.” Koolhaas, a Pritzker Architecture Prize laureate and the founder of the Office for Metropolitan Architecture (OMA) in Rotterdam, which has built modernist buildings around the world, has placed himself in the potentially awkward position of criticizing a trend toward globalism that his own work as an architect and theorist has arguably accelerated. Although Koolhaas has declined several previous invitations to curate the Biennale, he agreed this year with two conditions: that he would have twice the usual time for preparation and that  he would be free to “sever all connections with contemporary architecture,” a typical Koolhaasian provocation that raised eyebrows in some of the world’s leading firms.

The Biennale will comprise three different exhibitions. The largest among them, “Absorbing Modernity: 1914-2014,” includes independent shows mounted in the 65 national pavilions, all of which explore in some way how modernism consumed the elements of national architectures. The Central Pavilion, in the Giardini, will host the research-driven exhibition “Essential Elements of Architecture,” an examination of mundane bits and pieces of everyday buildings such as staircases, ceilings and toilets. Finally, the 1,000-foot-long Arsenale building will display “Monditalia,” a portrait of the host country drawn through a set of colorful multimedia installations.

In the spirit of Koolhaas’s manifesto, this year’s American Pavilion, titled “OfficeUS: Criticism by Re-making,” will focus on how American architecture has been exported around the globe since the early 20th century. As was the case for previous Biennales, the pavilion is co-curated by representatives from an institution, in this case New York’s Storefront for Art and Architecture, and a publication, Praxis. The curatorial trio helming the pavilion includes Eva Franch i Gilabert, director and chief curator of Storefront; Ashley Schafer, coeditor of Praxis and professor at the Ohio State University; and Ana MiljaÄki, assistant professor of architecture at MIT and a frequent contributor to the journal. Together they assembled a repository of 1,000 projects that were designed by Americans and built worldwide. This archive will be researched over the course of the Biennale by a team of eight on-site architects, aided by a network of design professionals based in 90 satellite offices around the globe.

“The exhibition is trying to unveil the forces that constructed architecture as a global practice,” Franch said in a recent conversation between the curators and A.i.A. “We are using the United States as the base for our research. It is the country that built more architecture in more places than anybody else, particularly in the last few decades.” The pavilion will be transformed into a temporary office to house the repository, which includes binders filled with building designs and documentation of completed projects. The installation departs from the typical architecture exhibition, which is too often composed of static drawings and models. Visitors will be encouraged to engage not only with the historical materials but also with the office workers, who will conduct their research in a kind of architectural zoo setting. “We are choosing people who could thrive in such an exhibitionist environment,” Schafer said. What’s not entirely resolved is the final outcome of “OfficeUs” and its daily routine.

Some of the oldest material in the archive is from 1911, when Marion Mahony Griffin—one of the first licensed female architects in the U.S.—and her husband, Walter Burley Griffin, won a competition to design the new Australian capital of Canberra. Having both worked in the office of Frank Lloyd Wright, the couple imagined an arrangement of monumental streets and axes in the heart of the Australian prairie. The project’s funding was diverted when Australia entered World War I, but many components of the original master plan are still discernible in the capital today.

The economic and cultural ascent of the U.S. during the early 20th century allowed an increasing number of American architects to accept commissions abroad. In 1914, for instance, McKim, Mead & White was asked to build the American Academy in Rome. The acclaimed firm, which also designed New York’s Pennsylvania Station and the National Museum of American History in Washington, D.C., chose a lavish Renaissance style for the building—a style that emerged in Italy, was revived in the U.S. and then traveled back to Rome, having been modified to allow for up-to-date construction techniques and amenities.

The “OfficeUS” archive will also include material related to the international expansion of the Hilton hotel chain in the 1950s and ’60s. In the case of the Istanbul Hilton Hotel (1955), a seemingly straightforward civilian architectural project was transformed into a Cold War political statement. Funded in part by the U.S. government agency that had overseen the Marshall Plan, the resort was built in reaction to a Soviet plan to develop a massive, 1,000-room hotel in the Turkish metropolis. The cutting-edge modern Hilton was designed in the New York office of Skidmore, Owings & Merrill (SOM), a firm that later became identified with some of the world’s preeminent skyscraper projects, such as the Sears tower in Chicago (1973) and the Burj Khalifa in Dubai (2010). SOM and several leading New York-based corporations like Gensler, HOK and Kohn Pedersen Fox Associates (KPF) are the immediate suspects in Koolhaas’s criticism of contemporary architecture. These firms operate across the globe and in many cases replicate an architectural style that seems determined more by capital and speculation than by questions of formal innovation or social responsibility.

“America’s biggest contribution to architecture in the last century is the professionalization of the discipline,” said MiljaÄki. “If you look back to the first half of the 20th century, the firms that were capable of exporting projects were particularly efficient and particularly organized.” The majority of the projects in the repository, note the curators, were built after the turn of the millennium, predominantly in the emerging economies of the Persian Gulf and Southeast Asia. Some of them, like Diller Scofidio + Renfro’s factory in China, are not yet completed.

“You can isolate a few of the projects we included and say: ‘American architects must not be thinking about architecture much when they build abroad.’ But for each of those, we included a number of others that are ingenious in one way or another,” said MiljaÄki. “It is important to know that our curatorial project is not missionary. We are proclaiming neither the badness nor the goodness of the last century.” When pressed on Koolhaas’s provocative thesis, Franch offered a nuanced response regarding today’s architecture. “If health is a state of vitality, I would say, yes, it’s healthy,” she explained. “But if we understand health as something that is moving toward higher spaces of democracy and social responsibility, we are in very bad shape.”

NOAM DVIR, former architecture critic at Haaretz newspaper in Tel Aviv, is a research assistant at the Harvard Graduate School of Design.