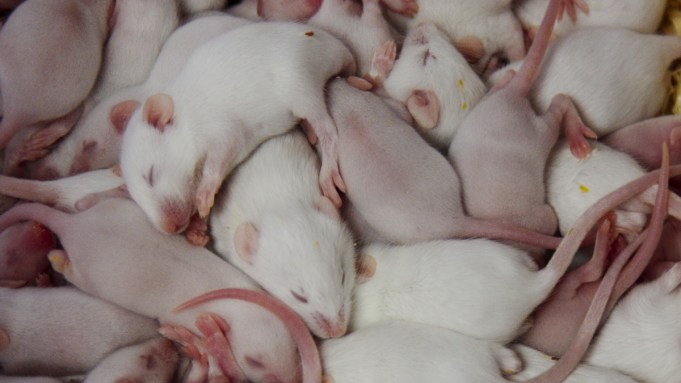 Exterminator Harold Edmond drives from home to home in his white pickup truck, responding to complaints about rodent infestation. As a member of the Rat Rubout program, run by Baltimore’s Department of Public Works, he is tasked with the elimination of a problem that never seems to end. Edmond’s process is simple, and he has refined it into a routine. Upon arriving at a house, he circles the property and examines every crevice. The signs of rats are immediately recognizable: holes in the ground, cracks in the cement, stray bits of chewed-up garbage. After recording his findings, he sprays some rodenticide in the worrisome areas before moving on to the next residence on his list. The neighborhoods he visits are some of the city’s most neglected––places like Edmondson and Sandtown, where Freddie Gray resided before he was killed by police in 2015, that have long suffered from economic depression and dwindling occupancy. It’s no surprise that Edmond spends most of his time in the lowest-income areas of Baltimore. “There ain’t never been a rat problem in Baltimore,” he tells the filmmaker Theo Anthony. “There’s always been a people problem.”

Edmond is one of the subjects of Rat Film (2016), Anthony’s visionary documentary that opens the Art of the Real Festival at the Film Society of Lincoln Center on April 20. The film traces allegorical connections between the city’s rats and its deeply segregated neighborhoods, the latter a subject the Baltimore-based director addressed in his previous short documentary Peace in the Absence of War (2015), about the demonstrations following the death of Freddie Gray. Using a variety of approaches, Anthony presents a kaleidoscopic narrative of entrenched racism that dates back to 1911, when Baltimore passed the country’s first racially motivated zoning legislation that prohibited prospective homeowners of one race from living on a city block occupied by somebody of another race. Although this law was ruled unconstitutional six years later, it carved the city into sections that largely remain unchanged today. Even if segregation couldn’t be enforced in the courts, it was upheld by the private sector.

Throughout the film, this history intersects with an examination of the study of rats and their use in scientific experiments. In 1941, a doctor at Johns Hopkins University Hospital named Curt Richter discovered a rat poison that was palatable and deadly only to rats, thus eliminating the risk of affecting other animals or people. Five years later, behavior scientist John B. Calhoun began his study that charted how overcrowding makes rats more violent toward each other. He coined the phrase “behavioral sink” to designate the social breakdown that occurred in his experiments. Anthony’s editing, explicit without being obvious, makes it easy to pick up metaphoric resonance between experiments with rat control on one hand and racist city planning on the other.

Anthony deftly interweaves historical analysis and portraits of Baltimore residents today, who include not only Edmond, who fights rats in an official capacity, but also a pair of African-American men who attempt to capture rodents in their neighborhood’s alleyways using deli meat and peanut butter as bait (when their traps don’t catch the rats, they chase them down with baseball bats). The footage of repeated, failed attempts to eradicate the city’s rat infestation gives the impression that the problem can’t be fixed, no matter how long you wait or how hard you try. Part of the issue is that the rats have nowhere else to go. Much like the people who are forced to fight them off, the rats are trapped. When they try to move into other neighborhoods, as we see in one particularly troubling part of the film, the white residents––here, the “Rat Czar,” a young man with an ironic trucker hat and an arsenal of small weapons––are eager to demonstrate their violent methods at combating rats with no small amount of pleasure.

What is to be done? Rat Film is ultimately less diagnostic than speculative, offering a series of counter-histories and hazy futures. Using Google Street View, Anthony zooms through the streets of Baltimore. What he finds is a new method for thinking of the city as a fluid structure, where what once seemed solid begins to melt and fracture. The accompanying voice-over posits the idea of creating a “New Baltimore,” as if Google’s computer-generated maps can act as a surrogate for a model of redevelopment, a digital blank slate where new lines can be drawn. But that, in the end, feels like a dream that can’t be attained. Though details are erased and faces blurred, remnants of the old city, and its problems, keep cropping up in digital space, and the map breaks down into pixels as Anthony keeps zooming in. What appears to offer freedom is just another trap. As the ominous voice-over says earlier, in reference to Baltimore’s history of racist mortgage policies and its effect on segregation: “Old maps, new maps, same maps.”