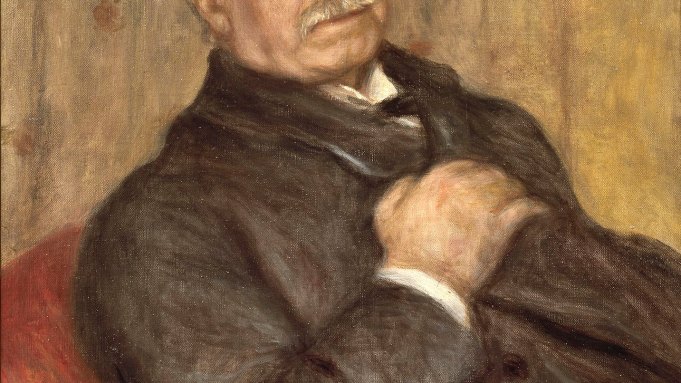 The sprawling Art Basel fair last month helped confirm the stunning wealth at the top sliver of the contemporary art market. What may come as more of a surprise is the degree to which the marketplace for late 19th-century Impressionist art was also rife with investment, speculation and sharp-elbowed business tactics.

An exhibition that recently opened at the Philadelphia Museum of Art (PMA) examines this period through the strategies employed by French mega-dealer of the day Paul Durand-Ruel. On view until Sept. 13, “Discovering the Impressionists: Paul Durand-Ruel and the New Painting” was organized by a trio of institutions with no shortage of Impressionist holdings—the PMA, London’s National Gallery and the Réunion des musées nationaux in Paris.

Durand-Ruel, who died in 1922 at the age of 91, tended to a global gallery empire—including locations in Paris, London, Brussels and New York—for 50 years. A.i.A. spoke with PMA associate curator of European painting and sculpture Jennifer Thompson, who organized the exhibition with senior curator Joseph Rishel, to learn more about a dealer who helped shape the early days of the art business.

LINDSAY POLLOCK  Why do you think Impressionism appealed to Paul Durand-Ruel?

JENNIFER THOMPSON  In his memoirs, he’s very taciturn. “It’s a delicious work of art,” he wrote about one painting, and he doesn’t give us much more than that. He deeply liked Impressionist painting, but he was also a clever businessman.

He recognized that Impressionist works, simply because of their moderate scale, would be much more marketable than very large Salon paintings. It was a little easier for collectors to go for these works. In addition, these paintings are quite cheerful—big landscapes or cityscapes, scenes of ballerinas and cafes. The palette is fresh and vibrant and so much about light and color. They are not dark religious or historical subjects, and he recognized that they could be appealing to a wide audience.

THOMPSON  Durand-Ruel came along at a convenient time. When he discovered the Impressionists, at least Monet and Pissarro in London in 1871, their style was pretty well formed, and they had been submitting works to the Salon and intermittently getting them in. A handful of other dealers had offered them shows, or bought works, but there was no one who was consistently involved.

Durand-Ruel came in with great enthusiasm and started buying their works in great numbers. Within a year he was buying 29 or 30 canvases each from Pissarro and Monet. This was a phenomenal break for these artists. It gave them a level of security they had never had before.

POLLOCK  Was the model of a dealer buying artwork in bulk unusual at the time?

THOMPSON  It does seem to be one of his strategies. It was something he had tried out with an earlier group of artists. In 1867 he bought 90 paintings by Théodore Rousseau, a great Barbizon painter. He’d gone in with another dealer and they each had half shares to make it possible. He did that as much as he could with Delacroix, Corot and Courbet as well. He found that if he sat with paintings for quite a long time, sometimes 20 or 30 years, he was able to realize extraordinary profits. He might have initially bought an Impressionist canvas for 200 to 300 francs and been able to sell it for 15,000 to 20,000 francs 20 years later.

POLLOCK  There is a continual tension in the art business between supporting artists, on the one hand, while pursuing an investment agenda on the other. It sounds as if Durand-Ruel was able to do both successfully.

THOMPSON  These tensions arose quite a bit. Some artists, Pissarro and Sisley in particular, became quite concerned about Durand-Ruel having a monopoly on their works. You can look at Durand-Ruel as just a business man, but when you start to read the letters, you realize how there were also these deep and lasting friendships.

POLLOCK  These days you hear stories about artists defecting from galleries, and complaints about a lack of loyalty going in both directions. Was that an issue for Durand-Ruel?

THOMPSON  That certainly happened, in particular with Monet, who achieved a level of success a bit earlier than many of his contemporaries. Dealer Theo van Gogh started to lure him in, and Monet tried to play the dealers off each other to get the best arrangement for himself.

POLLOCK  What was the trajectory of Durand-Ruel’s business?

THOMPSON  He inherited a gallery from his parents that started as a stationary shop and then gradually began to sell artist’s supplies, and then from there, naturally progressed into selling art.

We are focusing in the exhibition on his Impressionist purchases and sales, but that’s probably only one half of his business. He did very strong business in Barbizon painting and Old Masters.

He inherited the gallery in 1865 and was successful in selling works by Delacroix, Corot and others for high prices. This allowed him the cash to buy Impressionist works, which he acquired at reasonable prices. He bought bulk purchases from the Impressionists in 1870s. Then in 1872, a whole series of financial crises developed across Europe.

By 1874 he was on brink of bankruptcy, and he had to stop buying paintings and sell off his stock. From 1874 to 1880 he couldn’t buy any Impressionist works. That’s when he started to throw himself into publications and exhibitions. He hosted the second Impressionism exhibition in 1876 at his gallery. One of the curious things we found was that he actually charged the artists rent.

By the 1880s, the economy was doing better and he took out large loans to make new purchases. But the bank he borrowed money from went bankrupt and his trademark business practices came back into play. He held retrospective shows which allowed him to show off his stock, and also to build relationships with individual artists.

POLLOCK  Is this when he started to sell work internationally?

THOMPSON  He had galleries in Paris, London and Brussels but he closed them in the early 1870s. In 1883, in a single year, he sent 80 paintings to Boston, 24 to Berlin, 83 to London. He sent these big groups of paintings all around Europe.

In 1887 he opened a gallery in New York City. In his memoirs, he always says that without America, he would have been lost or ruined. He would never have been able to sell off his stock.

THOMPSON  He would rent a room in a lavish hotel for about two weeks and install there and advertise in the local papers. This was a way of reaching out to collectors in various cities. He had great networks of collectors in Chicago and Pittsburgh, for instance.

POLLOCK  I imagine over time he made quite a lot of money. Did he live opulently, like some dealers today?

THOMPSON  No. Certainly his apartment was quite nicely decorated. But visitors would comment that you’d see grand salon reception rooms. And there was a dining room set with six wine glasses for each place setting, for 18 people. But then you’d turn the corner and you’d see bedrooms with iron bedsteads and crucifixes. So his personal style was modest.

POLLOCK  And what about his family life?

THOMPSON  When his wife died at a young age, he had five children under the age of nine. He had an aunt who acted as nanny, but he was a very active father, as much as he could be while running the business.

Three sons followed him into the business as well.  By the time he came to America, his middle son Charles, who had a fabulous head for business, ran the New York branch.

POLLOCK  Who were his most commercially successful artists?

THOMPSON  It’s hard to say. Of the Impressionists, you consistently see Monet and Degas having the highest prices. In terms of volume, he bought about 1500 Renoirs, a thousand Monets and 400 Degas.

POLLOCK  Any thoughts about the art market today?

THOMPSON  It’s been interesting to see so many connections—the little seeds that were planted by Durand-Ruel are still very much a part of our art world today. In terms of the relationships between artists and dealers, Durand-Ruel had very specific relationships with his stable of artists. It’s personality driven. For instance today, Larry Gagosian works the same way. It’s not Gagosian and Company. It really is the persona of the dealer that comes across strongly with Paul Durand-Ruel. He was so ahead of the time with his monographic exhibitions and global focus. I could see him in China today.