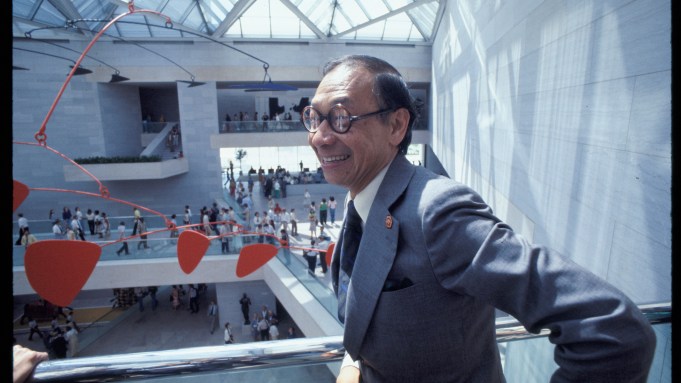 Thanks to a $30-million dollar donation, the National Gallery of Art’s East Building, in Washington, D.C., will soon start to add over 12,000 square feet of new exhibition space.

Including an outdoor sculpture terrace overlooking Pennsylvania Avenue and two flanking sky-lit interior galleries, the new spaces, to be designed by Hartman-Cox Architects, will mostly display modern art from the permanent collection.

As part of the museum’s Master Facilities Plan, the East Building’s galleries will close gradually from July 2013 through December 2013, at which time all of the building’s galleries will close for two and a half to three years, at which time the new spaces will be unveiled. A separate $81-million project to repair the East Building’s crumbling facade is expected to be finished by the end of 2013, press officer Deborah Ziska told A.i.A.

The funds for the new gallery spaces are donated by Victoria P. Sant, Gallery president; her husband Roger W. Sant, a member of the Gallery’s Trustees’ Council; Mitchell Rales, a member of the museum’s board of trustees; his wife Emily Rales; and David M. Rubenstein, co-CEO of the Carlyle Group, a D.C.-based global alternative asset manager.

The two new Tower Galleries, inspired by the current Tower Gallery in the southwest pod of the East Building, will be carved out of space between the ceiling of the upper-level exhibition galleries and the skylights above them.

The outdoor sculpture terrace between the galleries will measure 6,105 square feet and will include stone paving, seating, and tree planters.

The National Gallery has also been in the news this week for a possible agreement to collaborate on programming with the Museum of Contemporary Art Los Angeles.