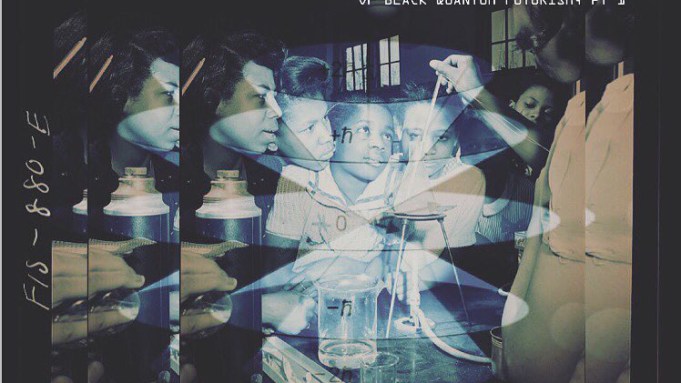 In 1936, with the clouds of war rising in Europe, Thornwell Jacobs, president of Oglethorpe University in Atlanta, set about to create a record of human progress thus far, sealed in a room so future civilizations could understand what life was like in the mid-twentieth century. He is considered the inventor of the time capsule, but he didn’t use that term to describe his project-he called it The Crypt of Civilization. In 1940, films, sound recordings, and over a thousand micro-filmed books were placed alongside everyday objects and machines in a porcelain-lined room, filled with inert gas, and sealed until the year 8113 CE.

Time capsules communicate optimistic visions of the present to future civilizations. They aspire to show our greatest accomplishments or preserve our cultural heritage from the destructive effects of our worst inclinations. But they tend to operate under the assumption that time is always advancing toward a distant future-an assumption rooted in European cultural and technological development. Jacobs built the Crypt of Civilization not only as a guide for future researchers but also as a blueprint to resurrect the achievements of the Western world. He omitted the histories of those who suffered for the sake of that progress.

The art collective Black Quantum Futurism—Rasheedah Phillips and Camae Ayewa—is creating a different kind of time capsule in North Philadelphia. Under the title Time and Memory in North Philly, they are assembling a vision of life with the residents of a marginalized neighborhood undergoing a dramatic city-led redevelopment. The project will result in a time capsule whose exact form is yet to be determined. It follows the line of Black Quantum Futurism’s varied work—which merges Conceptual art, music, and speculative fiction with Afrocentric forms of time and space. It is a move into the realm of social practice but based in Afrofuturism, a movement defined by cultural theorist Mark Dery in his 1994 essay Black to the Future as “speculative fiction that treats African-American themes and addresses African-American concerns in terms of twentieth-century technoculture.”

Black Quantum Futurism has its origins in Afrofuturism. In 2011, Rasheedah Phillips was working as a public service lawyer and writing science fiction. She felt there wasn’t a place for her in the sci-fi world, so she created The AfroFuturist Affair for people of color to explore and create science fiction and use the genre to critically engage with social issues. It began with a one-off charity costume ball but expanded to writing workshops, readings, and study groups centered around Afrofuturism. In 2014, Phillips turned The AfroFuturist Affair into a press and published her first novel, Recurrence Plot (and Other Time Travel Tales). Camae Ayewa, a musician, poet, and artist who performs as Moor Mother, created a companion album for the novel (available to stream on SoundCloud or as an accompanying CD), with each track reflecting the mood of a chapter in the book. After this successful collaboration, Phillips and Ayewa formed Black Quantum Futurism. On their website, they define the collective’s goal as: “a new approach to living and experiencing reality by way of the manipulation of space-time in order to see into possible futures, and/or collapse space-time into a desired future in order to bring about that future’s reality.”

This year, Black Quantum Futurism received a fellowship for socially engaged art from A Blade of Grass. They used the grant to open a storefront space called the Community Futures Lab on a desolate commercial strip in North Philadelphia. The Lab is set up to host workshops, performances, and zine-making sessions as well as collect “oral histories, memories, alternative temporalities, and futures” for their time capsule. They have a lease on the storefront until the end of April 2017, and will decide then whether to keep the space going.

On a Sunday afternoon this fall, I attended a workshop on “Temporal Technologies” at the Lab. The space was filled with the inviting clutter of a work-in-progress serving many different needs. A tufted, white leather bar stood at the entrance, a remnant of the storefront’s former incarnation as a hair salon. Sculptures made of old clocks adorned the walls alongside a calendar of events. Bookshelves overflowed with speculative fiction, science, and political philosophy texts. A sandwich board outside the door read: “Sci-fi is strategy,” in chalk.

Ayewa started the workshop by playing an atonal soundscape on a pair of synthesizers. Then Phillips presented the collective’s theories of time, space, and Afrofuturism. She played trailers from sci-fi films to show how the future is presented by Hollywood as a space where race and racism no longer exist, even as depictions of non-white characters perpetuate patterns of racism from the present. She asked participants to note how many people of color there were, and how they were portrayed.

As we watched the trailers—ranging from The Hunger Games to the Kenyan sci-fi short Pumzi—Phillips asked us to consider who is given access to or prevented from participating in these futures and how representations of the future shape the present. We moved on to talk about the scale we individually use to define time. We mapped out personal experiences as well as events we could imagine happening in the future.

After these exercises, Phillips detailed how European Judeo-Christian traditions experience time as an inevitable flow towards a divinely ordained future, usually culminating in an apocalyptic end. She continued to explain how capitalism incorporated this future-oriented linearity into labor and production as it began to regulate time more precisely through mechanical clocks, calendars, and bells.

This was assimilated into slavery in the Americas, as masters moved from nature-based timekeeping (beginning and ending work with the sun) to mechanical clock time. Slave owners wrote books detailing how many hours a slave should work to achieve the most profit and how to maximize efficiency using clock-based schedules enforced by physical punishments. With emancipation, slavery came to an end but the powerful rhythms and logic of mechanical time remained.

Thinking about time matters, Black Quantum Futurism says, because experiences of the present can give a sense of inevitability to oppression, making the way things are now seem like how they will always be. As an alternative framework, Black Quantum Futurism proposes cultural traditions from Africa and the Black Diaspora that see time as inseparable from the person who observes events unfolding within it. These traditions place the subject at the center of space-time, rather than clocks and calendars, and are more cyclical, aligning with the rhythms of nature and agriculture. Events that have not yet happened exist in a realm where every possibility is open. More imminent events merge with the past and present, overlapping and intermingling in a nonlinear way. In researching these concepts of time, Phillips and Ayewa found parallels between these temporal experiences and developments in quantum physics such as time symmetry, in which movements at the sub-atomic level are identical moving forward or backward in time, and superposition, a state where a particle can exist in all of its theoretically possible states at the same instant.

The neighborhood around the Lab is undergoing a dramatic transformation. Six months ago, the Philadelphia Housing Authority leveled two high-rise housing projects at the nearby Norman Blumberg Apartments with a controlled implosion. In the coming years, the Housing Authority will use eminent domain to demolish some 1,300 properties and replace them with mixed-income housing. Whether or not the displaced residents will be able, or want, to return remains to be seen, and the history of the neighborhood may be lost.

In 1964, a few blocks from where the Lab is now, a riot started when a crowd intervened on the side of a black woman arguing with two police officers. This incident is often used to mark the beginning of a long decline that has left the neighborhood with high rates of crime, vacancy, and unemployment. But the neighborhood also has an important cultural history-Malcolm X lived there at one point-and a vibrant and resilient community.

In his 1994 essay, Dery poses a question critical to Afrofuturism: “Can a community whose past has been deliberately rubbed out, and whose energies have been subsequently consumed by the search for legible traces of its history, imagine possible futures?” Black Quantum Futurism is trying to answer that question through the Time and Memory in North Philly project, gathering the community’s history and hopes for a future that may not survive the city’s redevelopment plan

At the end of the “Temporal Technologies” workshop, participants (some from the neighborhood, some not) gave objects to be added to the time capsule. Phillips took pictures of the memory maps we had made, and we were invited to participate in other upcoming activities at the Lab. Ayewa will be creating zines from writing developed in the Lab’s workshops as well as making sound recordings and taking oral histories around the neighborhood. How these memories and visions will be preserved or used-in an actual time capsule buried in the ground, or as part of a conceptual strategy to envision a different future for the neighborhood-will be determined by how the project develops with the residents. “Quantum physics troubles linear notions of time,” Phillips reminded me as I asked her about the project. “A quantum-physics time capsule would be open to all notions of time.” It does not need to be set in a particular space-time, and can serve as a critical framework as much as a physical object or a goal. Unlike the Crypt of Civilization, it aims not to preserve the present as it is, but rather to alter its course.

The workshop ended with a moment of reflection and music. As people trickled away, I asked Phillips a few more questions about her day job (she still works as a public service lawyer, helping people fight housing discrimination) and her writing, and spoke with Ayewa about her poetry and music (she is touring a new album called Fetish Bones). I was amazed how much they are both doing at any given time and finally asked how they get it all done. Phillips paused for a moment, as if weighing her words.  “We time travel,” she said, and smiled.

Mara Hoffman Is Now Climate Neutral Certified: What It Means

Sportico Transactions: Moves and Mergers Roundup for May 20