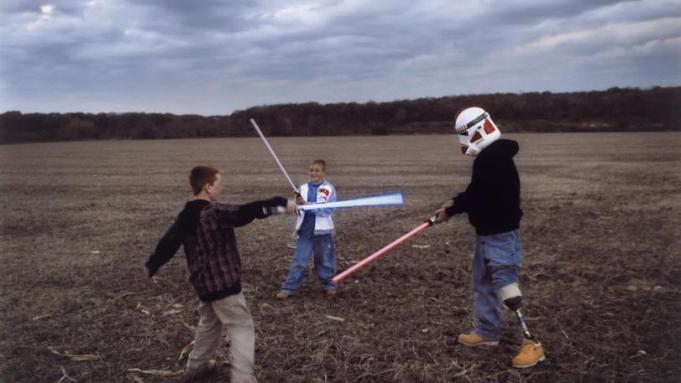 Art in America’s critics write their way through the best of 2012. Joshua Chuang is associate curator of photography and digital media at the Yale University Art Gallery. His picks for the best of this past year follow, listed in order of exhibition opening date.

“Light Years: Conceptual Art and the Photograph 1964–1977” (Art Institute of Chicago, Dec. 13, 2011-Mar. 11)
Filling the museum’s vast Regenstein Hall, this blowout exhibition charted photography’s central role in the first wave of idea-based art. Key pieces by Baldessari, Ruscha, Bochner, LeWitt, Nauman, Graham and Antin were there, as were works by Jan Dibbets, Agnes Denes and artists from Italy and Eastern Europe who deserve to be better known. Stimulating rigor was everywhere to be found in individual works as well as the wall texts, although a tighter edit of the show itself would have helpfully concentrated its impact. Noteworthy was the exuberant array of photographic forms on display—slideshows, postcards, books, collages and photocanvases among them—testifying once again to the plasticity of the medium in the service of the avant-garde.

“Paul Graham: The Present” (Pace Gallery, New York, Feb. 24–Apr. 21)
Billed as the final installment of the contemporary British photographer’s American trilogy, this was Graham’s largest exhibition to date in the U.S. The pictures, shot in New York and monumental in their size and ambition, felt more like a beginning than an end, but even so they did nothing less than revitalize the genre of street photography, and by extension, straight photography. In the past I’ve preferred digesting Graham’s work in book form (a prime example being his 12-volume magnum opus from 2004–2006, a shimmer of possibility), but the immersive, exacting installation of this series at Pace—with some pieces hung just a few inches from the floor—had to be seen in person for the greatest effect.

“Cindy Sherman” (Museum of Modern Art, New York, Feb. 26–June 11; San Francisco Museum of Modern Art, July 14-Oct. 8)
Despite the artist’s celebrity status and the exhibition’s at times confounding flow, Sherman remains an artist whose chief contribution to culture is worthy of all the accolades. At once beguiling and revolting, her masterly DIY takedowns of privilege, representational cliché, and photography itself were reason enough to see this show. Her bite has gotten sharper over time, even as her techniques have become more transparent and her tableaux more outlandish.

“Rineke Dijkstra: A Retrospective” (SFMOMA, Feb. 18–May 28; Guggenheim Museum, New York, June 26-Oct. 8)
The dignity of Dijkstra’s oeuvre overcame the unfortunate splitting of her midcareer survey into four floors of the Guggenheim’s challenging building. The hallmark of her work-an authentic, unsentimental grasp of the often wrenching experience of growing up-was in full force here, not only cementing her place as a peer of photographers such as Lewis Hine, August Sander and Judith Joy Ross, but also making a claim for Dijkstra as worthy heir to the great legacy of penetrating Dutch portraiture that stretches back to the 17th century. From deeply moving serial portraits of young people in transition to the artist’s hypnotic, multi-channel video Krazyhouse (2009), the show conveyed what it is to be alive and what the best art can do.

“Faking It: Manipulated Photography Before Photoshop” (Metropolitan Museum of Art, New York, Oct. 11, 2012-Jan. 27, 2013)
The debut and proliferation of Adobe Photoshop as a consumer tool in the 1990s has caused many close observers of photography to cite that decade as the one in which the aura of truth in photographs began to fade in the public eye. But this illuminating survey of pre-digital chicanery exposes the fact that photographers (including those not typically associated with post-production mischief) have also been fabricators since the advent of the medium. The surprising range of subversions is by turns quirky, shocking, amusing and exquisite.

“Modernism or Modernity: Photographers from the Circle of Gustave Le Gray” (Petit Palais, Paris, Nov. 3, 2012–Jan. 6, 2013)
Gustave Le Gray the photographer has been widely acknowledged as a linchpin in the early conceptualization of photography as art, but his legacy as a teacher is still being assessed. This exhibition outlines the new visual vocabulary-one that emphasized print quality, bold geometries, undemonstrative landscapes and ordinary subjects-that emerged in the work of those who studied in Le Gray’s atelier on the outskirts of Paris between 1850 and 1860. For such a significant show I could have imagined a more exciting selection of images by Charles Nègre and J.B. Greene (whose work will soon be the subject of a major retrospective), but this is a quibble given the tremendous discoveries made by the exhibition’s curators-among them the reattribution of several important portraits thought to have been by Nadar to his lesser-known brother, Adrien Tournachon.

“War/Photography: Images of Armed Conflict and Its Aftermath” (Museum of Fine Arts, Houston, Nov. 1, 2012–Feb. 3, 2013)
Spurred by the museum’s acquisition of what is perhaps the earliest print of Joe Rosenthal’s iconic 1945 image Old Glory Goes Up on Mount Suribachi, Iwo Jima, the exhibition’s curators spent the next decade scouring the collections of museums, military archives, news agencies, photographers and collectors around the world in search of pictures that offered a revealing or complicating view of the most profoundly difficult subject to record. The result of their investigation and research is a thoroughly engrossing, remarkably inclusive account of the story of war that cuts across time, geography and genres. Exhibitions don’t get much more ambitious or affecting than this one.

“Photography in 100 Masterpieces” (Bibliothèque nationale de France, Paris, Nov. 13, 2012–Feb. 17, 2013)
A throwback to a time before it became customary to arrange a group of pictures by chronology or theme, this lively display, culled from the expansive holdings of the Bibliothèque nationale, was an unalloyed pleasure to behold. Ordered instead by the curators’ intuitive and sometimes whimsical visual logic, the photographs-each specimen indeed a knockout-were given enough air to tell their own stories. (As a bonus, the wall labels offered commentaries on individual pictures by an array of figures from the worlds of music, literature, politics, science and architecture, to name a few.) There were many unexpected delights (a recently discovered self-portrait of a reclining Émile Zola with his dog, taken around the time of the Dreyfus Affair), but also surprises among the usual suspects (a vintage print of William Klein’s Gun 1, New York, 1955, that possesses all the delicacy and mystery of a Seurat drawing).

And then there were the exhibitions I wish I’d seen: