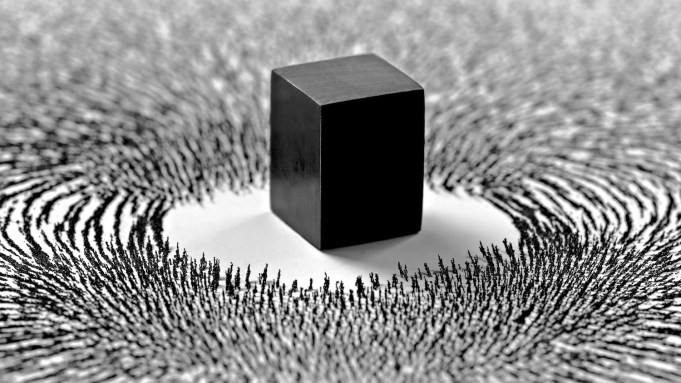 On May 12, the National Museum of Carthage, Tunisia, opens an exhibition of contemporary art for the first time, in its east wing. The exhibition, “Chkoun Ahna,” which translates to “who are we?” or “about us” in Tunisian Arabic, inaugurates Carthage Contemporary, a contemporary art exhibition to be installed in a different site in the city annually. The initiation of the exhibition program, and the contemporary nature of the works included in this year’s show, indicate an upsurge in new cultural production in Tunisia that followed last winter’s Jasmine Revolution. Chkoun Ahna represents the country’s manifold history and the ethnic, political, and cultural facets of contemporary Tunisian society.

Timo Kaabi-Linke, a German sociologist and writer living in Tunis, who organized the show with Khadija Hamdi, an art historian based in Tunis and Paris, spoke with A.i.A. about the exhibition and the cultural climate in Tunisia. Before the revolution, he said, “the whole art scene was living in a cocoon. Now there’s a kind of opening.”

The exhibition showcases a broad interpretation of Tunisian identity, with work by eight Tunisian artists and 20 others from countries historically linked to Tunisia—Algeria, Egypt, Italy, France, Germany, Lebanon, Morocco, Palestine, Saudi Arabia, Spain, Syria, Turkey and the US.

For Kaabi-Linke, the answers lie in the country’s history: “You can only build your future if you dig through your past.”

Kaabe-Linke described the works in the show as representing time—”time which is charged with emotions, ideas, ideologies.” A video by Lebanese artist Sirine Fattouh, A Night in Bayrouth (2006), follows a man through the streets of Beirut on a night during Ramadan, exemplifying Kaabe-Linke’s characterization literally.

All of the works can be understood within the context of the current moment in Tunisia’s history and that of the wider Middle East. For example, Italian artist Yousef Moscatello’s Explosion (2008), a glass jar that holds an exploded firecracker in wax, suggests the Jasmine Revolution’s ignition. Ligne fantôme (2009), by Tunisian artist Ismail Bahri, a crooked line of small pins stuck into a gallery wall, is based on a public work that Bahri made by sticking pins, one at a time, into walls around Tunis, following each pin’s shadow to place the next, ultimately creating a long, imperfect line. As it recalls the public project, the installation evokes ideas about the consequences of subtle, methodical actions, borders, and the urban landscape of Tunis.

Former president Zine el-Abidine Ben Ali, ousted from office in January 2011after 23 years, invested little in Tunisia’s cultural development. Under his regime, artists had few opportunities to exhibit their work in the country, and lacked the ministerial support common in North American and European countries that might have enabled them to engage with the international art community. While the new Islamic administration has not established a markedly different cultural policy, since the revolution artists have had, relatively, more freedom to work and exhibit in Tunisia, and have benefited from media exposure to the international cultural community.

Tunisia does not have a national museum of modern or contemporary art. Under Ben-Ali, artists required a visa to gather, making the creation of cultural centers and the staging of exhibitions, for example, nearly impossible. As a result, there are very few organizations in the country that display contemporary art.

“Before the revolution we were very conscious that we didn’t have the opportunity to be part of the international art scene-to participate in international exhibitions and, for example, artists residencies,” said Nìcene Kossentini, a Tunisian artist whose work is included in the exhibition. “We were isolated.”

Kaabi-Linke, Kossentini and Mouna Karray, another Tunisian artist selected for the exhibition, described how Tunisian artists have benefited from the freedom of expression established in the country after the revolution, as well as attention from international curators and foundations. Kossentini noted the increased number of foreign cultural organizations and foundations that have expressed interest this past year in aiding further cultural development and producing collaborative projects in Tunisia.

“International visibility is good for artists,” said Karray. “But at the same time…How do we define our artists?” She expressed her feeling that the international community’s awareness of Tunisian art is narrow and reductive: “People seem only interested in art about the revolution.”

The National Museum of Carthage is one of Tunisia’s two major archeological museums, the other being the Bardo National Museum in Tunis. The Carthage Museum’s collection, amassed from excavations of Carthegian ruins, includes Phoenician artifacts, Roman sculpture and mosaics, and early Christian and Byzantine mosaics. “All the ruins at the museum evidence the heterogeneity of Tunisia history,” Kaabe-Linke said.

Since the revolution artists have used the streets of Tunis to perform and exhibit their work, said Karray. In addition B’Chira Art Center, a contemporary art exhibition and studio space, opened 20 minutes from Tunis in Sidi Thabet in November 2011.

As they expose Tunisian artists to foreign viewers, critics and collectors, the fair, art center and exhibition contribute to the further development of Tunisia’s nascent cultural infrastructure.

“It’s a really good starting point,” Kaabi-Linke said of the exhibition. “The good thing is to show that things like this are possible.”