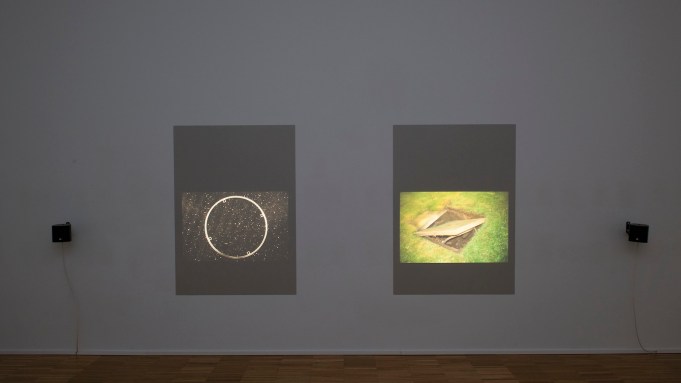 Tate Britain has announced its shortlist for the 2014 Turner Prize. Artists Duncan Campbell, Ciara Phillips, James Richards and Tris Vonna-Michell have gotten the nod. About $42,000 goes to the winner, who will be announced Dec. 1. The other finalists receive approximately $8,500 each. The annual award goes to a British artist under 50, based on an exhibition in the 12 months preceding the nomination.

“This year’s nominations illustrate the mobility of the contemporary art world, in which works are seen at global biennales and festivals over the course of the year,” Tate Britain director and jury chair Penelope Curtis said in a press release. “The four shortlisted artists share a strong international presence and an ability to adapt, restage and reinterpret their own and others’ works, very often working in collaborative social contexts.”

Irish-born, Glasgow-based Campbell, 42, was nominated for his film It for Others (2013), presented in the show “Scotland + Venice,” during the 55th Venice Biennale in 2013. Canadian-born, Glasgow-based printmaker Phillips, 38, was selected based on her solo exhibition at The Showroom, London. Berlin-based James Richards, 31, was chosen for his contribution to The Encyclopaedic Palace at the 55th Venice Biennale. Stockholm-based performance and installation artist Tris Vonna-Michell, 32, was shortlisted for his solo exhibition “Postscript II (Berlin)” at Jan Mot gallery, Brussels.

The Turner Prize was founded in 1984 as a platform to promote discussion of new developments in contemporary British art. Nominees and winners are often the subject of great controversy, especially in the British press. Previous winners include Damien Hirst, Tracey Emin, and Gilbert & George. Last year’s winner was the French-born, London-based artist and filmmaker Laure Prouvost.

‘Her Reign Begins Now’: See Viola Davis as an African Warrior in ‘The Woman King’ Trailer