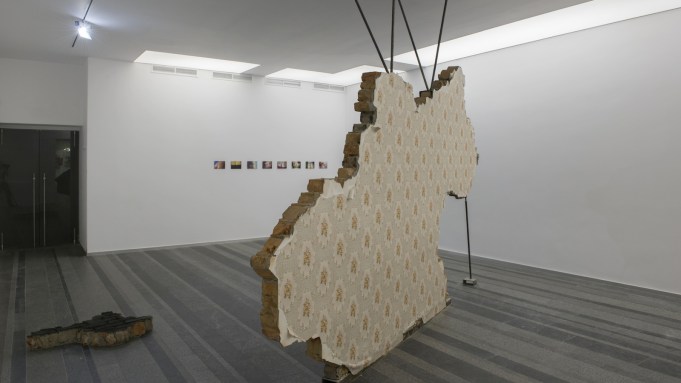 Given the headlines from Ukraine over the past half-year—with Kiev’s Independence Square, also known as Maidan, seeing months of protests and violence lead to President Viktor Yanukovych fleeing the country in February, followed by Russia’s widely condemned annexation of the Crimea region—flying into Kiev in mid-May was a slightly worrying proposition. Once there, however, one found the city itself to be peaceful, if in a state of worry, what with upcoming elections to replace the former president and the confusing, violent entanglement of the Ukrainian military, Russian forces and increasingly autonomous militias in the east of the country.

Having elected this past weekend Petro Poroshenko, the billionaire known as the “Chocolate King” for his success in the candy industry, Ukraine seems poised to shift westward. Poroshenko ran on promises to more fully integrate the country with the European Union and has begun to deal, rather forcibly, with the eastern separatists. Still, there were no assurances of stability leading up to the election, and there was a palpable uncertainty in Kiev, with the country in a liminal state between the overthrow of Yanukovych’s kleptocratic regime (a whopping $37 billion disappeared from government coffers while he was in power) and the first attempts to build a nation resilient enough to hold together the country’s disparate factions.

Against this tumultuous backdrop, and perhaps in spite of it, given the frequent presence of artists as organizers and protestors at Maidan, Kiev has been host to a surprising amount of artistic activity. The focus of much of it is the Pinchuk Art Centre, the self-described “largest and most dynamic private contemporary art centre in Central and Eastern Europe.” The venue is a project of Victor Pinchuk, owner of steel company Interpipe and Ukraine’s second-wealthiest individual; more specifically, it’s a wing of the Victor Pinchuk Foundation, an organization dealing with such philanthropic interests as HIV/AIDS activism, neonatal care, educational funding and the revival of Ukraine’s Jewish community. Despite being only blocks away from riot police and sniper fire in Maidan, the center continued to operate for much of the protests, even opening a show by Belgian artist Jan Fabre in February.

The artist’s first solo show in Eastern Europe, the exhibition (through Oct. 5) focuses on Belgium’s horrid colonial past in the Congo. Many of the works are mosaics made of painted beetle wings, depicting grotesque acts of violence against Congolese by Belgian colonialists, in addition to numerous products and logos of companies that perpetuated such acts to protect their profits.

Fabre’s uncompromising look at Belgian history extends to the 20th century, as evidenced by his portrait of Patrice Lumumba, the first democratically elected prime minister of the Republic of Congo and victim of an assassination plot allegedly coordinated by Belgian and U.S. governments in 1961. Another mosaic depicts the Little Boy atomic bomb used by the U.S. in Hiroshima, the uranium for which had been extracted from (where else?) the Belgian Congo. A series titled “Tribute to Hieronymus Bosch in Congo” (2011-13) combines references to the Dutch painter’s oeuvre with more symbols of colonial violence, none perhaps more pretty and garish than the beetle wing-covered skulls holding whips between their teeth.

More explicit commentary on the region’s recent political developments can be found in “Fear and Hope” (through Oct. 5), a group exhibition showcasing three Ukrainian artists, each of whom has previously won the Pinchuk Art Centre Prize, established by the foundation in 2009 and given every two years to a Ukrainian artist under 35. The 2013 winner, Zhanna Kadyrova, provides a humorous, if slightly kitschy, take on questions of nationhood with an untitled new piece comprising a section of brick wall from a former Soviet factory in southwestern Ukraine. The wall is cut in the shape of the country; one of its sides consists of burnt brick, while the other is covered with chintzy Soviet-era wallpaper.

Artem Volokitin, the 2009 recipient, shows large paintings of hyperrealistic explosions and plumes of smoke disrupting etching-like black-and-white landscapes. Most impressive is the work of Nikita Kadan, 2011’s prize winner. Among other works, Kadan shows his “Procedure Room” series (2009-10), in which ornamental plates display illustrations of torture techniques used by the Ukrainian police, done in the style of Soviet medical textbooks. Also fascinating is a vitrine full of photographs of Soviet architecture, including an embassy in Pyongyang, and examples of underground pornography (which was banned for much of Soviet rule). In light of so much pro-EU fervor in Kiev and Russia’s relatively recent transformation into Putinland, one was grateful to be reminded of a history stretching beyond Maidan or even Ukraine’s 2004 Orange Revolution, which saw the country take to the streets over that year’s fraudulent elections and was of course a frequent topic of comparison by Ukrainians holding forth on recent events.

Any artistic take on Maidan itself would be perhaps too easily dwarfed by the actual place, so close to the arts center. No longer a site of raging protest, Maidan was mostly populated when A.i.A. visited in May by a mix of curious visitors, and yet-remaining veterans of the protests, including a fair number of men in dusty camouflage sporting Cossack haircuts and glorious mustaches (a smattering of whom sat around looking slightly ominous, guarding donation boxes for the ultra-nationalist party Right Sector).

Taking advantage of post-protest spectacle tourism is “Codex of Mezhyhiria” (through July 27), an exhibition of objects from Yanukovych’s palatial compound, on view at the National Art Museum of Ukraine, a few blocks away from Maidan. Curated by artist Aleksandr Roitburd and art historian and curator Alisa Lozhkina, the show displays Yanukovych’s collection of Byzantine icons (the ex-president was incredibly religious), tastelessly gilded clocks and vases and various idealized, hagiographic portraits of the man himself (often resembling a Slavic-looking Alec Baldwin). In short, a hoard perfectly conveying the sort of unscrupulous rule from which the country has liberated itself.