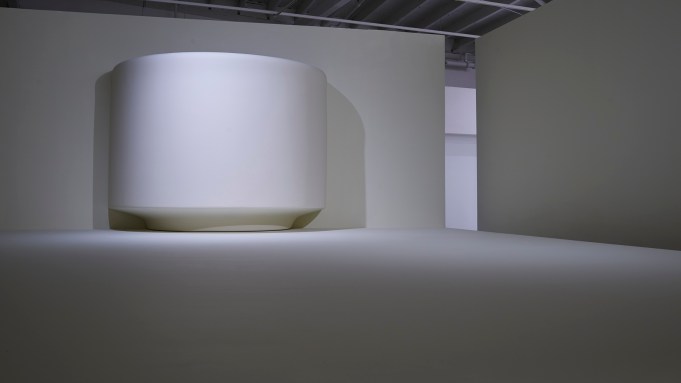 In 2016 we launched the Robert Rauschenberg Foundation/Art in America Arts Writing Fellowships, a joint project designed to foster art and culture writing in cities throughout the US. For our March issue, fellowship recipient Kevin Killian wrote a heartfelt history of an alternative space in San Francisco. Here he reflects on exhibitions and changes in the city over the last year.

In the Bay Area a dormant museum scene burst back into life in 2016. The Berkeley Art Museum finally found a new home after the instability of its former building was revealed by the Loma Prieta earthquake of 1989, and the San Francisco Museum of Modern Art reopened with a controversial addition to their Third Street structure, underwritten by a bequest from the Fisher Foundation so generous and so onerous it made Pandora’s box look benign. Gagosian opened a gallery across the street from the new museum’s entrance, so that people joked if you liked all the new Twomblys and Richters on the museum walls, Gagosian offered a gift shop where you could pick up a pair to take home. In the meantime, locals bemoaned the continuing “rise of the machine”—the tech boom which brought Google and Twitter and Facebook to our city, while raising the rents to astronomical levels and evicting a heap of San Francisco’s working artists. What I remember from the year is a pageant, a series of tableaux vivants on the theme of high contrast.

“Bruce Conner: It’s All True,” the retrospective previously seen at New York’s Museum of Modern Art, opened at SFMOMA in October, and it had us pinching ourselves and saying, “Yes, a major artist lived here, one with a New York imprimatur.”  Conner’s iconoclasm—his disregard of, perhaps a manipulation of, his ideas about the market—inspires us still, and makes us feel guilty at the same time, and these mixed emotions are complicated further by the sheer pleasure and marvel of how many things he excelled at—collage, sculpture, film and video, painting, the silver gelatin photograms of his “Angels” series (1975). Surely the range of this work, we tell ourselves, from the pervy creepiness of “Black Dahlia” to the trance-inducing hypnosis of image in his film Valse Triste (1977) reveals a humanist, a master of emotion as well as of form. Anyway, he’s ours and we deal with him. The SFMOMA also gave us the first museum exhibition of the LA-based street photographer Anthony Hernandez (b. 1947), curated in-house by Erin O’Toole. Hernandez has nearly fifty years of remarkable, exciting work behind him, and the layout of his retrospective was similar to that of Conner’s, with each room unveiling a different body of work. Open through January 1, it is a great crowd-pleaser of a show; you can feel the joy of seeing something totally unexpected translate into a heightened sense of movement; the ballet of moving this close to the extra-large photos, then stepping back far away enough to get the proverbial big picture.

Beyond the museums, Andy and Deborah Rappaport opened the visionary Minnesota Street Project in a once-industrial section of San Francisco. So far as I understand it, the space subsidizes studio rents for a variety of individual artists, as well as galleries, both for-profit and non-. The result, a cementing of the sense that downtown, once the art center of San Francisco, has ceded its control of distribution to a neighborhood known as Dogpatch, after the old Al Capp “Li’l Abner” comics of midcentury. Do clocks ever turn back? In San Francisco they’re not allowed to, but you can sometimes sense a whiff of the old Barbary Coast freshness and raw greed, when everything had yet to be invented, especially social services and reparative justice.

In the margins a handful of foundations—half public, half private—curate the most interesting exhibitions. The Wattis Institute, in a new Mission building, gave us hit after hit. The late Ellen Cantor got her day with “Cinderella Syndrome,” an exhibition of videos and drawings. Her film works, rarely seen in the Bay Area, played to mesmerized audiences at screenings in January and February. Laura Owens came up from LA to turn the Wattis into a wallpaper showroom in which, it was said, ten paintings lived; though I never found one, she seemed to have conquered the somewhat cool and difficult space in a new way. The hat trick continued with senior Bay Area conceptual artist Howard Fried, reviving his “Derelict” series (1974–83) with a gargantuan new Derelict V, a coffee cup so big you could have fit forty people in it, resting on a massive tabletop as sleek as sin. As Alice found when she went underground, there’s no thrill like going into a tiny door into a space where things are bigger than they are in one’s natural life.

Of commercial gallery shows, my favorite was Peter Young’s first show in San Francisco, “Elliptical Paintings.” This was at Gallery Wendi Norris, at the quaint corner of Jessie and Annie Streets downtown. The paintings, from the 1990s, vibrate with festive energy, abstraction shading into a vista of pleasure, control, poetry and magic just like the simple ellipse on which all are based. A Matisse confetti, a Nell Blaine organic vegetative shape, a happy-go-lucky, expressive love of color that’s almost kitschy, like the work of Disney artist Mary Blair—whatever the roots, the pictures dazzle under their own strange sun.

The Bay Area art scene in 2016? Most of us here are, frankly, out of sorts, when not in fact desperate—for an apartment, for a job, for the way out. I think of the young people who just can’t cut it here anymore, who go to cheaper places like New York or Los Angeles. Where did they go, the artists and curators and filmmakers I loved a year ago—Ethan Wang, Patricia Boyd, Mary Helena Clark, Elliott Cost, Jamie Stevens. Josh Minkus? I turn to Joni Mitchell, as ever; on “Court and Spark” she told us that “Everything comes and goes,” but how much attrition can one town take? A few weeks ago, a tragic Oakland warehouse fire took away dozens more of our starriest and sweetest, and I have to figure out how to turn things around so that youth stands a chance in these days of precarity.

Watch Quavo, Takeoff Look Back With ‘Nothing Changed’ on ‘Fallon’