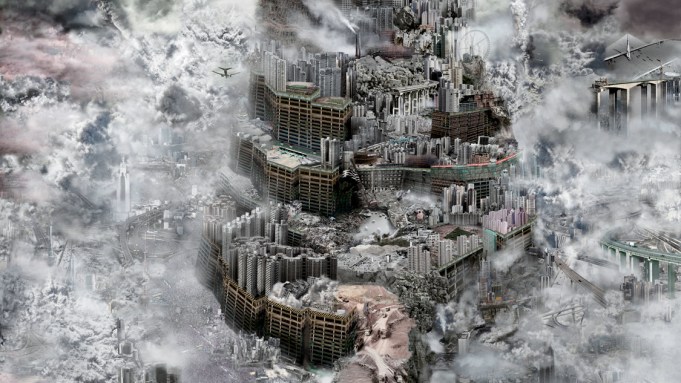 In recent decades, one of the most spectacular aspects of Asia’s rise as a global power has been its rampant urbanization. Indeed, 15 of the world’s 20 largest cities today are in Asia, as are 9 out of the 10 fastest growing. Metropolises like Shanghai, Beijing, Dubai, Mumbai, Hong Kong, Tokyo, Taipei, Seoul and Singapore have become major nodes in the network of global cities-centers of dazzling economic growth and social transformation. Lesser-known locales like Guangzhou, Shenzhen, Chongqing and Ho Chi Minh City, among innumerable others, have turned into strong competitors for star-city status.

This tendency has radically affected the everyday life of inhabitants, many of whom have been subjected to migration or forced displacement, often with dramatic-even violent-social, economic and cultural consequences. (In China, impoverished migrant workers-most lured or driven from the countryside or small towns-currently number between 120 and 150 million; some 1.2 million people have been displaced by the Three Gorges Dam project alone.) High-rise buildings and suspended motorways, which create more room for urban dwellers, clearly generate fascinating images of progress and wealth. But they also foster excessive density, traffic jams, pollution, erasure of historic heritage, and political and economic corruption. Moreover, with their commodification of culture, education, health care and civic services, super-cities are swiftly destroying Asia’s traditional social fabric. Thus the development of urban society, which is founded upon essentially utopian visions, has led almost immediately to entropic effects. The crisis is everywhere in the New Asia, where utopia is invariably accompanied by dystopia. A kind of daily catastrophe is haunting every corner of the booming cities, while their skyscrapers rocket toward the heavens.

China, home to four of the top 10 urban growth centers, offers the most radical examples. One experiences the contradiction simply by taking a taxi ride across Beijing, which can mean spending two hours to go a few miles and then coughing the whole night when you finally arrive. The next morning, you may receive an order from the city government to move out of your house because the land has been sold to a developer. The government, hand in hand with the capital powers, is tightening social and cultural controls to maintain the country’s apparent stability at the price of sacrificing basic human rights and freedoms. Facing oppression by those in power, members of the general public, in both urban and rural areas, are mounting protest campaigns and resistance actions. At present, those mini-upheavals number at least 100,000 per year.

Witness the 2011 revolt of common citizens in Wukan, a small village in Guangdong Province. Against the pressure of officialdom, they organized direct, independent elections of the village chief and the Party secretary, in order to protect their land from expropriation by a developer with government support. This was rapidly hailed by many in China as an impetus toward more significant political reforms. Meanwhile, intellectuals and legal professionals, grown increasingly aware of their responsibility as moral agents, are challenging the concepts of “reality,” “truth” and “harmony” imposed by authorities. Outright protest, however, as the detention of many participants makes clear, entails serious personal risk.

Consequently, a number of Chinese artists now produce works that criticize the urban situation in oblique, cagey ways. Irony, humor, poetry and even playfulness are among their most effective means. The video and computer artist Cao Fei, in her fantasies set in RMB City (RMB is the abbreviation for Chinese currency), portrays a world in which the collective desire for growth is totally frenetic, while at the same time every individual feels deeply isolated and lonely. Everything is doubtful; everyone, facing a reality turned surrealistic, is hoping for a way out.

Jiang Zhi, who divides his time between Shenzhen and Beijing, shot Things would turn nails once they happened, from his photo series “Light” (2007), while literally shining a spotlight on the famous Chongqing “nail house”—an old building that the family owners refused to relinquish for urban renewal, even after it had been deprived of electricity and surrounded by a 30-foot-deep excavation. The structure, sticking up like a stubborn nail, incited great social and political debates across the country, its human drama melding comic hope with the tragic sublime. The artist’s poetic 2007-09 series “Things would turn unbelievable once they happened” (in which spotlit individuals float in a city sky) and “Things would turn illusive once they happened” (with highlighted human figures dwarfed by huge, spouting sparklers) express the uncanny sense of being deeply alienated while still aspiring to transcend a dreadful world.

In such digital collage series as “Super Towers” (2010), Du Zhenjun, a Paris-based artist of Shanghai origin, fills various world cities, from China to the West, with Tower of Babel high-rises. Instead of depicting a futuristic urban paradise, he offers a contemporary version of apocalypse: no sooner have the towers been built than they are on fire or awash in floods. The inauguration of these symbols of newly gained wealth and power is orchestrated with earthquakes and war. Du’s work may recall Hieronymus Bosch’s infernal scenes, but nothing in them is entirely fictional. All the component images were collected from news reports on the Internet. Du’s use of digital readymades, ironically, brings current technology to bear in the fight for sanity and humane ways of living-a solitary user’s high-tech weapon against the globalist dreamlands of self-aggrandizing officials and capitalists.

Atlas is a rotating series of columns, with writers from Los Angeles, Berlin and Asia.

HOU HANRU is director of exhibitions and chair of museum studies at the San Francisco Art Institute.