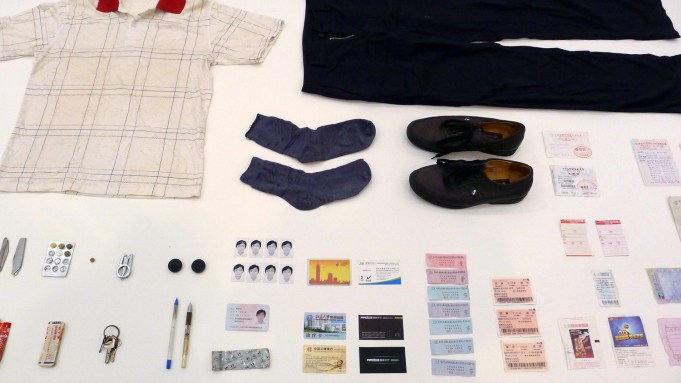 Riding the water taxi across the East River to Randalls Island for a VIP preview of the Frieze New York art fair (through May 13), curator Amy Smith-Stewart recalled that art fairs had already changed the art world ecosystem as early as eight years ago.

“In 2005, my co-curators and I on ‘Greater New York’ at PS1 were already in competition with art fairs to get loans of artworks, because dealers thought it would be more important to have them at the fairs.”

Smith-Stewart, who also previously ran an itinerant art gallery in New York’s East Village, was picked last month to be curator at the Aldrich Contemporary Art Museum, in Ridgefield, Conn., where she starts part-time next week. Her time with A.i.A. at the fair would be limited, she explained. “I have other things to do, like, you know, buy a house,” she said, laughing.

Smith-Stewart was especially looking forward to seeing the outdoor sculpture on view at Randall’s Island. “I like to see things conceived for a site, and I am intrigued when artists who are not generally ‘public artists’ do work in the public sphere, to see how their practice translates to a new setting.”

As we approached the island, Paul McCarthy’s towering red inflatable balloon dog, a dig at Jeff Koons, came into view. “That’s worth the ferry ride all by itself,” Smith-Stewart exclaimed.

Once inside the tent, Smith-Stewart consulted a map and planned out a few stops at reliable galleries, but as usually happens in the jam-packed setting of a fair, she was waylaid by surprises, not to mention well-wishers offering congratulations on her new job, at every turn.

At Anton Kern’s stand, near the entrance, uncanny sculptures by Frances Upritchard stopped her in her tracks. They’re marionette-like, small human figures made from modeling material and clothed in artist-designed fabrics, standing on bases designed by the artist’s husband, according to the gallery. She found them highly affecting.

“They’re creepy in the best possible way,” the gallery’s Christoph Gerozissis said. “It’s taken me a while to figure it out, but it’s their closed eyes. You can’t make a connection with them.”

The girl, in jeans and a teal shirt, stood and moved her arms stiffly, like the character. The child actors—we watched two of the six that gallery staff told us rotate through—were astonishingly good.

“People are tired, I’ve been told,” the girl said, “of being an individual and having decisions to make. I’ve heard that some people, especially in big cities, are tired of having to be creative.”

“His work literally asks questions,” Smith-Stewart said afterward. “I was watching everyone else in the room. Some people are really engaged, and others are kind of hoping she doesn’t look at them and ask them questions. You don’t know if the questions are rhetorical or whether you’re supposed to respond. Contemporary art is always about a dialogue, but an artwork that actually asks you what you think?? If you don’t engage, you miss out and you don’t ‘see’ the work.”

Back into the swing of the fair, we walked to the Frame section, for younger galleries, where Leo Xu Projects (Shanghai) is showing the work of Beijing-based Liu Chuang. The artist’s multipart installation explores the culture of the Shenzhen region, which is marked by a large population of migrant workers. Spread out on one tabletop are men’s clothing and everyday possessions like ID cards, lighters, combs and so on, that the artist got from laborers the way a boss might buy their work. On another were an array of pulp-fiction novels that, Xu explained, are written in huge numbers by college students and are available for short-term rent to workers in Shenzhen. Workers often leave notes in the books like messages in a bottle, meant to be read by subsequent renters of the books, Xu said.

One of the books was about the rise to stardom of a contemporary artist, Xu told us. “On one hand it’s amazing that the idea of contemporary art could have penetrated to someone who has probably never seen it,” Smith-Stewart said, “but then from what I’ve heard, Western artists like Kehinde Wiley are outsourcing the production of works to China.”

Racing along the aisles, Smith-Stewart engaged other dealers in quick conversations. Taken by Julia Rommel’s canvases at New York’s Bureau Gallery, she said, “I love these, and I’m not even particularly a painting person!”

On the grass outside the tent, overlooking the East River, are sculptures by artists including Tom Burr, Andreas Lolis, Pae White and Franz West. Smith-Stewart was taken with Amygdala (2013), by Martha Friedman, who is also showing a sculpture indoors, with New York’s Wallspace Gallery. Amygdalaconsists of a dozen or so rubber tongues, each about 3 feet high, arranged in a circle about 15 feet wide.

“They’re like tombstones,” she said, and visibly shuddered. “The tongue is a peculiar thing to see isolated from the rest of the body,” she explained. “It’s as if these tongues were in some sort of conversation.”