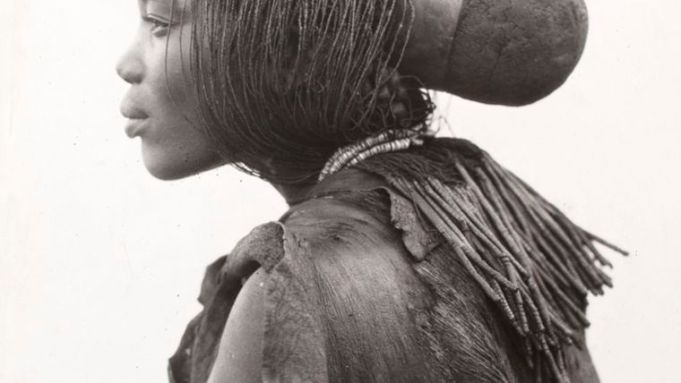 A yearlong series of exhibitions devoted to photography from Southern Africa, “Distance and Desire: Encounters with the African Archive,” opens on Sept. 12. The series will comprise three shows at the Walther Collection Project Space in New York’s Chelsea neighborhood. All come from the holdings of Artur Walther, a German-American collector of photography and video and treat existing images of South Africans as an archive to be interrogated.

The first exhibition in the series juxtaposes the work of Alfred Martin Duggan-Cronin (1874-1954), an early 20th-century amateur ethnographer, and that of a contemporary South African artist, Santu Mofokeng (b. 1956), offering contrasting visions of South Africans, rural and urban.

The Irish-born Duggan-Cronin worked as a security guard for De Beers; after buying his first camera in 1904, he taught himself photography and made as many as 18 expeditions throughout South Africa, extensively photographing the country’s indigenous populations in order to document a vanishing way of life. Examples of his 11-volume The Bantu Tribes of South Africa will be on view, along with vintage prints and reproductions of two volumes, viewable on iPads.

Mofokeng began his career as a street photographer in 1970s Soweto and has continued to chronicle South African life. His The Black Photo Album / Look at Me: 1890–1950 (1997) is an archive of portraits commissioned by black South Africans in the early 20th century accompanied by text about the portraits’ subjects. They’ll be on view as slides and modern prints, as well as a selection of vintage prints. The slides include text—the artist’s pointed questions and commentary.

Several examples show dapper young people, some of them placed before aggrandizing backdrops, such as the column and vase that flank Elizabeth and Jan van der Merwe, who posed for a photo in Johannesburg in the 1900s.

An expanded version of “Distance and Desire” will be on view at the collection’s museum campus in Neu-Ulm, Germany, in June 2013, and will be curated by Tamar Garb, an art historian who teaches at University College London.