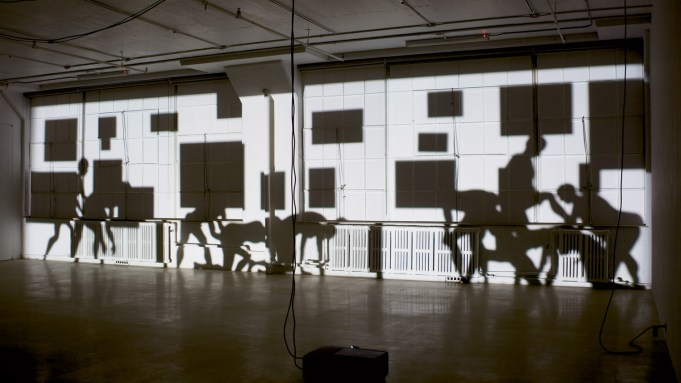 What does it mean to change? No one steps in the same river twice, Heraclitus wrote. The world is unimaginably different now from what it was in 500 b.c. For instance, many rivers today are so polluted it is hard to imagine anyone wanting to step into them even once. But things are not so different that Heraclitus’s insight doesn’t ring true. Change is still an implacable ever-present force, as momentous as it is banal. This is the cunning of change. Everything flows; nothing remains. And it happens whether we want it or not. Like time passing. Change is time rendered sensuous and real.

And yet when talk turns toward change, it is typically to complain about how little there is and how badly we need more of it, or at least the right kind. This is change that stirs the imagination because it is not destined by nature (as Heraclitus believed all change was) but directed by us. What we want when we demand change is not that things merely be different, but that they become better in accord with our desires. This is the kind of change people want to believe in because believing it evokes the feeling that we have a say in how our lives unfold.

Change of this sort is not inexorable, but human (all too human, Nietzsche quips). It is the difference created by and for people. This is why calls for change are so seductive, because change of this kind is in essence social. It is often pleasing to be part of something more powerful than oneself, and to hear what one wants reverberating in other voices. Calls for change are like the sirens’ songs, drawing those who hear them into the company of those who sing them. A community is, in a sense, those songs sung together, like a chorus.

It’s no secret people want change. But it is a mystery why people who want it most tend to do it least. It feels more like the rule than the exception that those who wish most to change your mind about something tend to not be willing to change their own mind about anything. It is as if the power to change others depends on one’s own obstinacy. Progress, in a sense, is the satisfaction of seeing others finally reaching the place where one happens to already stand. Change is what happens to other people: let them do the dirty work. Those in the know stay on higher ground. Is this why God sacrificed his one and only son for our salvation, instead of dying and saving humankind himself?

There is a kind of change that is neither inevitable nor imposed. It feels as rare as a blue moon and lights the night of the world as brightly. External influences do not wholly force it into being, and one’s inner disposition does not fully determine it as part of the natural course of one’s development. And one never knows when it will come. There is no announcement. There is no planning for it. What’s more, when it comes, it feels like something has gone wrong.

Sometimes when I make work, there is a moment when what I want to make and what I make it with fuse in such a way that the piece begins, against my intention, to take on a form of its own. It is as if I am no longer the prime mover of the work. At this point what is in front of me becomes as strange to me as I am essentially to myself. This is the point I am always trying to reach.

It is a misstep that one keeps on taking. I look for this moment all the time, which is of course stupid. It never comes when one is looking. Still, I remain patient. What more can one do? Not much, except perhaps find solace in the fact that it has happened before, and that it may happen again-if not to me, then perhaps to (or for) someone else not looking for it, but also not declining what it offers.

Which is what exactly? A chance to get lost, so to speak, in the act of making something that, over time, comes to remake the maker. He or she is irremediably different afterward, and continues to be, to him- or herself, and to others. Wanderlusting as the way forward.

Consider Yvonne Rainer, who quit dance in the early 1970s—arguably at the height of her power and influence—to pursue filmmaking. Of course it was not completely out of the blue: she had used projected and moving images in her work before. But to leave behind the work and world she had known as an artist and to wholly devote herself to another set of concerns and forms is as remarkable as it is surprising. Over the next two decades she made seven feature films. Rainer finally returned to dance in 2000, which in some ways was as unexpected as her departure from it.

Or take Rimbaud, who wrote prose poems that changed the nature of poetry, only to abandon writing altogether to become a trader in Aden and then in East Africa. Being shot by his lover and mentor Paul Verlaine may have had something to do with the change, but there is also evidence to suggest he had already stopped writing, the bullet wound merely supplying the period at the end of a short and bright sentence. And what about Philip Guston, whose infamous return to representational painting after three decades of Abstract Expressionism drove everyone nuts? No one at the time could stomach the nervous lines and perversely fleshy colors, except de Kooning, apparently, who I think saw what the bulbous heads and clown shoes really represented.

I want to call what I am describing the Guston moment. It is that moment when change is catalyzed into something neither wholly predictable nor fully determined. Guston stumbled upon a turning point in his work and kept turning. But what is interesting is that he wandered so far he found himself again. It’s funny how that works. Others have found themselves this way. Duchamp retiring from making art. Dylan going electric. Saul becoming Paul.

Paul Chan is an artist in New York.