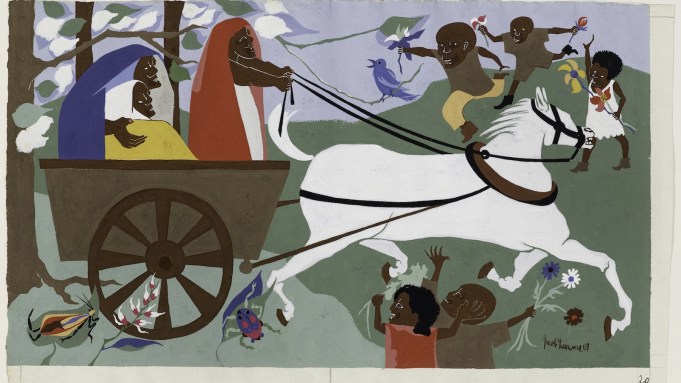 “These singular works by Diebenkorn, Lawrence, and Warhol will support new interdisciplinary approaches to 20th-century American art and culture,” museum director Connie Wolf said in a press release. The Warhol and Diebenkorn donations are given by the Andy Warhol Foundation for the Visual Arts and the Diebenkorn family; Herbert J. Kayden of New York City and his daughter Joelle Kayden, of Washington, D.C., gave the Lawrence works.

Warhol’s day-to-day life from 1976 until his death in 1987 is detailed in the archive of contact sheets and corresponding negatives. Many of the photos were shot on his Minox 35EL camera; they include images of celebrities like Truman Capote. Notations on the contact sheets reveal the artist’s editing process. In 2015, Stanford University will offer a photography course centering on the archive, and an inaugural exhibition is planned for 2017, the 30th anniversary of Warhol’s death.

The Cantor’s existing collection of Diebenkorn’s work is augmented by the gift of the sketchbooks. He referred to the never-before-exhibited items, some of them lined notepads, as his “portable studio.” Highlights from Diebenkorn’s sketchbooks will be displayed as part of the fall 2015 exhibition “Artists at Work.”