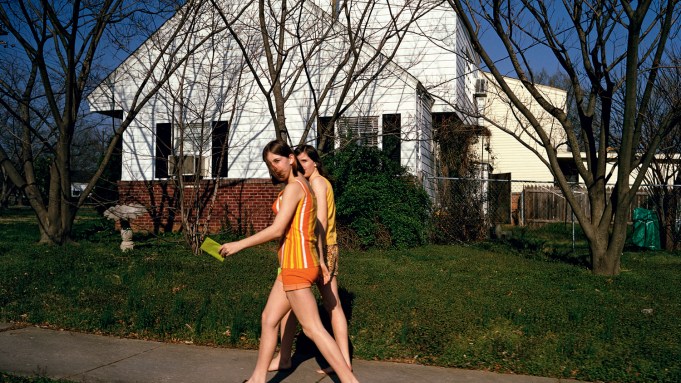 In April, New York collector Jonathan Sobel made headlines when he filed suit against Memphis photographer William Eggleston (b. 1939) and the Eggleston Artistic Trust over the production and sale of recently made digital pigment prints of the pioneering colorist’s work from the 1970s and ’80s. The prints themselves had made headlines of their own three weeks earlier when 36 of them, issued in new editions of two, fetched $5.9 million in a direct-to-auction sale at Christie’s New York. Measuring 44 by 60 inches each (or roughly eight times the size of the dye-transfer prints for which Eggleston is known), the images at Christie’s were a mix of the never-before-seen and the familiar, including several of the once-controversial, now-iconic pictures made famous in a 1976 solo exhibition at the Museum of Modern Art.

Sobel, who had amassed over the past decade one of the largest private holdings of Eggleston’s limited-edition dye-transfer prints, claims that many of the new pigment prints violate the New York State law governing limited editions,diluting the rarity and thus the value of his collection, estimated to be worth between $3 and $5 million.1 Sobel also assumed that since each of the prints he acquired was from a previously issued limited edition, no further prints of those images would ever be made.2 At this writing the lawsuit is still pending, with Sobel seeking both unspecified damages and to bar Eggleston from making any additional prints of previously editioned work. The Eggleston Trust, on the other hand, asserts the artist’s prerogative to revisit and reinterpret his images as he sees fit.

At the center of the dispute is a number—the denominator of a fraction—usually written on a photograph to signify the size of its edition. A critical factor in the arcane calculus that determines a work’s monetary value, an edition’s size may reflect actual constraints, such as the energy required to wring a good print from a recalcitrant negative, or the high costs of materials and storage. But often the limitation is artificially imposed, turning the act of editioning into a simple yet consequential numbers game. If the game is well played, collectors will jockey to snap up the last available prints, driving up their value and increasing the likelihood that they will end up in prestigious collections. By contrast, a stagnant inventory of unsold prints may deter sales, keep prices low, and possibly even stall an artist’s career. In settling on the size of an edition, artists and their dealers must therefore negotiate an elusive balance between supply and demand, elitism and democracy, short-term gain and long-term revenue streams. And for every time the balance is well struck, there are many instances when it is not. While the market has historically regulated itself, shunning perceived efforts to game the system, Sobel’s lawsuit marks the first time that a collector has mounted a serious legal challenge to the questionable yet increasingly common practice of creating new editions of long-sold-out photographic images.

Borrowed from the established market for prints, the editioning of photographs was perhaps inevitable, given the capacity of the medium to produce a theoretically limitless number of multiples and the wish of photographers to make their work desirable to collectors. As the art market has evolved, so have attitudes and approaches towards the practice. In 1930, Edward Weston became perhaps the first photographer to individually number his prints (in editions up to 50, “to protect those who have confidence in me” and facilitate his “[ability] to raise prices”3). But he stopped doing so five years later when it became clear that the wider art-buying public had yet to recognize photographs as worthy of collecting.4 As a result, none of Weston’s intended editions were ever printed in full; of his most popular image, Pepper No. 30 (1930), he sold only 12 of the 25 prints he is known to have made.

Even after the dawn of a robust market for photography in the 1970s, most photographers eschewed the practice of making editions.5 New York-based photo dealer Peter MacGill recalls from his time working at
LIGHT Gallery, in New York, in the 1970s, that “generally, photographers did not want to edition their work. Harry [Callahan], Lee [Friedlander], Garry [Winogrand], Emmet [Gowin]—to them it was against what photography was about. These guys were photographers because they loved the medium, they loved making pictures, they loved making prints. They weren’t interested in adopting some of the classic art-world methodologies that might have made it easier for them to sell things.”6 Many photographers also resented having to go back into the darkroom to fulfill requests for older images. “The care I give the prints and the agony I go through in making them,” W. Eugene Smith once said, “makes it a most unpleasant-but necessary-task.”7

Of the photographers who did edition their work, Irving Penn set a standard for clarity and integrity. As fiercely inventive and consummate a printmaker as he was a photographer, Penn used a variety of approaches to interpret a given negative, stopping only when he felt he had exhausted its potential. It was often the number of successful prints that would determine a given image’s edition size (which is usually fewer than 20 and rarely exceeds 40). Sometime between 1967 and 1971, he started to annotate the backs of his prints, signing, dating, stamping and numbering the ones that met his high standards.8 If he elected to print another edition of an image in another process (such as platinum-palladium), he would also disclose this information on the back of every print.

In the 1980s a new kind of photographic object appeared on the scene, issued by artists who used photography as a vehicle for their ideas but bristled at being defined as photographers. Cindy Sherman and Richard Prince each debuted photographs that looked purposely unpolished but that were provocatively issued in numbers usually associated with cast bronze sculpture. “I had limited technical skills regarding the camera,” Prince has said. “Actually, I had no skills. I played the camera. I used a cheap commercial lab to blow up the pictures. I made editions of two. I never went into the darkroom.”9 On the other end of the craft spectrum was Jeff Wall, whose technically exquisite, grand-scale light-box photographs, which were either unique or close to it, demanded to be regarded as on par with history painting. By the end of the decade, these artists were regarded as leaders of the avant-garde. And in no small part due to their savvy handling of their editions, their work would soon command prices exceeding those of all but a handful of the most revered masterpieces in the history of photography, paving the way for Andreas Gursky, Thomas Struth and their contemporaries to achieve an artistic status at the turn of the 21st century that even Alfred Stieglitz could not have imagined.

Around this time, a number of color photographers who had come to prominence in the 1970s and ’80s turned to newly refined digital technologies to reinterpret their earlier work. In the early 2000s, Stephen Shore and Joel Sternfeld—whose 8×10 view camera pictures have been widely cited as influential on Gursky, Struth and other photographers from the Kunstakademie Düsseldorf-reissued images from their respective series “Uncommon Places” (1973-81) and “American Prospects” (1979-84) as sparkling digital C-prints made in small editions. Not only were the digital prints larger in scale than the darkroom-made C-prints that had long been staples of the photographers’ outputs, they also claimed greater longevity than their analog predecessors, which were prone to fading. The palettes and tonal ranges of these new renditions also often differed from those of earlier ones, reflecting a change in materials or perhaps a Photoshop-enabled, revisionist ideal of their work. Not coincidentally these artists also began to be represented by galleries able to reposition their work in the larger discourse of contemporary art rather than that solely of photography.

Eggleston’s digital reincarnation continues this general trend, one that is grounded in photographers’ impulse to reexamine and preserve their legacies, but is complicated by a simultaneous effort to use the market as a vehicle to enhance their standing. Tangled motives aside, there is something gained by viewing the magnifications of Eggleston’s well-known work: the startling presence of an airplane that once barely registered in an indigo-blue sky (in Untitled [Peaches], 1973); the articulation of the pocked surface of a Gulf sign that now more clearly signals its impending decay (in an untitled photo, ca. 1971-73); a tricycle, now close to life-size, that looms even larger and more irreverently than the tract homes behind it (in an untitled image from 1970). While the issue of whether or not these new versions are esthetically superior to the earlier dye-transfer prints is debatable, what is not is the fact that they offer a demonstrably different experience. If we accept the artist’s right to explore these differences, what are we to make of the institution of editioning, one originally installed to protect the interests of collectors?

No matter the outcome of Sobel’s lawsuit, it has served to highlight the contradiction of banking on a medium that by nature is not exclusive. Artists and dealers need to be unambiguous about the limitations of the editions they sell. Collectors should understand the complex nature of the objects they buy. Laws governing editions should be clearer, to effectively protect art buyers but also allow artists the latitude to adapt. Markets thrive on trust and transparency, and for the sake of the photography market, all those who participate in it would do well to engender more of both.

2 In fact, Eggleston’s editioning practice has never been entirely clear. Prints of the same image, sometimes from different editions and occasionally independent of a known edition, have appeared on the primary and secondary markets, begging the question of precisely how many prints exist of his most sought-after images once artist’s proofs, printer’s proofs and gifts to family and friends are taken into account.

4 One notable exception to this was the phenomenal success of Ansel Adams’s first portfolio, issued in 1927. But the publisher marketed the works as “Parmelian prints,” a fancy-sounding term invented for the occasion to mask the fact that the prints were indeed photographs.

5 Editioning did, however, become standard practice in the case of photographic portfolios published by dealers, independent presses, and artists alike. These were generally issued in editions of between 50 and 100 (although sometimes as few as 12). The quality was mixed; it was common for portfolios to be printed by someone other than the photographer, and those issued in greater quantities often had a distant, uniform, made-for-the-market quality about them. And unless explicitly stated otherwise, it was well understood that photographers were free to print any image outside the confines of the portfolios’ editions.

8 Penn was so dedicated to maintaining the integrity of his editions that he was known to destroy earlier fine prints of a given image if he felt that a later printing was more interesting.

High Voltage, Low Prices: Everything In This AC/DC Fashion Collab Is Under $30

The 22 Best Loofahs & Body Scrubbers for Exfoliating Your Skin