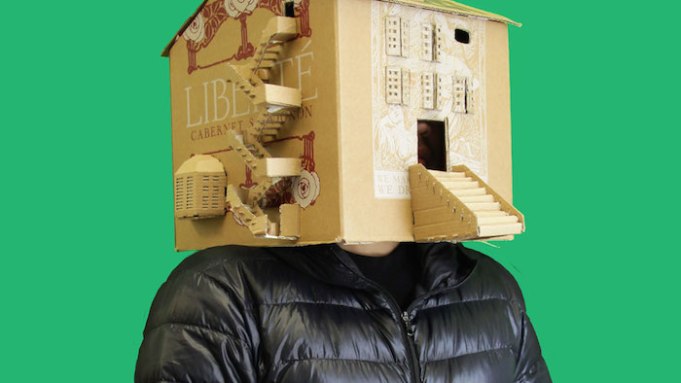 In November at the Museum Computer Network conference—a major annual event about the applications of technology in cultural institutions—the most popular session was a panel on virtual reality. Panelists spoke on projects as diverse as mixed-reality games and provocations based on artworks in the collection of the San Francisco Museum of Modern Art to a 360-degree documentary of a Syrian refugee’s transition from a refugee camp to life in Jordan, shown at the United States Holocaust Museum. Meanwhile, attendees hovered by the doorway and scrambled over colleagues to nab the precious few available seats, craning their heads in hopes that the session would provide the answers they sought. Is VR really the mind-altering, game-changing technology it is purported to be? And if so, how might museums take advantage of its affordances?

We see these same markers of hype (and its cousin, anxiety) at gaming conventions, film festivals, and other such media spectacles: long lines of people eager to try on a headset that will occlude their visual plane and transport them to a computer-generated world. In 1988, artist and VR pioneer Char Davies described how, in VR, our minds “float among three-dimensionally extended yet virtual forms in a paradoxical combination of the ephemerally material with what is perceived and bodily felt to be real.” The promise is that we’ll be subsumed into a Matrix-like dreamland, but in the context of an exhibition, at least, these virtual worlds can’t escape their awkward juxtaposition with the real one.

As a specialist in museum technologies and head of digital at the Andy Warhol Museum, I’ve been following these developments for some time. At the New Frontier program of the 2014 Sundance Film Festival, viewers sampled VR projects by the likes of Chris Milk and Marina Abramovic while sitting in rigid pods reminiscent of airplane jump seats as crowds assembled around them. The VR Salon hosted by Carnegie Mellon University’s Weird Reality summit in fall 2016 took place in the ballroom of Pittsburgh’s Ace Hotel; I found it difficult to be immersed into VR amid the drone of conversation and cocktail shakers. At the aforementioned Museum Computer Network panel, SFMOMA’s head of web and digital Keir Winesmith offered a funny framework to classify the various VR exhibition practices that have emerged in the last few years: the buffet, where users can try out various VR experiences for seconds at a time, like the setups at Sundance and Weird Reality; the restaurant, which requires reserving a time slot in advance; and the nightclub, with interminable queues and bouncers grudgingly granting admission into the virtual beyond. Currently, VR in museums is mostly about the novelty of putting on a headset—a “vernissage” mode to complement Winesmith’s metaphors of consumption and entertainment. Being seen wearing the equipment matters most. I wonder when and how museums will develop exhibiting practices that allow us to actually see the art.

The hardware itself is equally disconcerting. The imposing, bug-eyed devices often stir up more fear than the images we see inside them. At the Weird Reality salon, artist Claire Hentschker showed me the snorkel she rigged up as an ad-hoc headset and bedazzled with rhinestones, its playful, feminine aesthetic in direct contrast to the coldness we associate with futuristic technologies. Inspired by Yoruba sculptures that depict figures mounted by spirits, Salome Asega’s P0SSESSI0N likens the wearing of a VR headset to being inhabited by an orisha by sending the user to simulated spirit worlds. Laura Juo-Hsin Chen has crafted a series of whimsical VR wearables resembling a cardboard dollhouse, an extruded honeycomb, and a joyful companion hitching a piggyback ride. It’s heartening to see artists (and not surprisingly, primarily women and people of color) resist the slick, corporate look associated with VR headsets like the Oculus Rift and HTC Vive.

It’s likely that the majority of people who enter a museum have never worn a headset before. According to Variety, the number of Americans who use a VR headset at least once a month hovers around 9.6 million, about 3% of the population; the same study predicted that only around 7% would engage with VR content in 2017. The current VR revolution ushered in headsets that are lighter and cheaper and boast better graphics than ever, but the several-hundred-dollar price point and scarcity of content appealing to diverse audiences mean that only the serious gamer or tech enthusiast is willing to purchase one. Museums, as public institutions, can shape how people are initiated into a new medium. When visitors try on a virtual reality headset in the context of a museum, do visitors walk away with a meaningful encounter with a work of art, or do they remove a headset feeling disoriented, disturbed, or just plain underwhelmed?  As museum professionals and artists bring these very bodily (and disembodying) technologies into museum spaces, we need to be mindful of the trust visitors have placed in them.

This spring the Carnegie Museum of Art presented Styles and Customs of the 2020s (2017). Visitors to the museum’s Hall of Architecture, a cavernous atrium featuring a hodgepodge sampler of Western architectural history represented by plaster reproductions, were invited to try on a VR headset. After experiencing a darkened cave, users were dropped into one of four dystopian scenarios created by the immersive media studio Scatter, based on a creative brief from art collective DIS. I found myself in a parallel Hall of Architecture, the monuments now rendered in a grayscale checkerboard. The walls were dotted with smudges of spray paint, as if someone had just covered up graffiti, and bodysuit-clad automatons held cryptic signs amid discarded protest posters. When I removed the headset, I was struck by the dissonance between the well-lit museum and the image of its darker future.

While Scatter and DIS’s visions of the future were often discomforting, the Carnegie Museum was committed to making the VR experience itself a comfortable one. In a phone interview, Divya Rao Heffley, the senior program manager of Carnegie’s Hillman Photography Initiative, said she thought that for many visitors Styles and Customs was their first experience with VR, and the high-tech headsets and vivid graphics could be intimidating. “There were people who were nervous,” she said. “Kids, but also skittish adults.” As VR creator Anna Henson—associate producer of Styles and Customs of the 2020s—explained in an email, “the museum is responsible for an interaction in which two people’s physical space will intersect. This is, in fact, a very intimate interaction.” Moments of intimacy range from introducing a visitor to VR by pantomiming how to put on the headset, asking for permission to tighten the strap against a visitor’s head, or being the first person a visitor sees when a session is cut short due to in nausea or dizziness. The museum took care to select and train gallery ambassadors who would be sensitive to visitors’ vulnerability. Henson also included a monitor that allowed bystanders to gain a glimpse into what their plugged-in companions were seeing, an effort to create a more inclusive and social experience.

When displaying Jordan Wolfson’s controversial Real Violence (2017) in this year’s Biennial, the Whitney Museum scaffolded the headset experience with long lines, a trigger warning, and a handrail that users were directed to grasp before their senses were assaulted by a simulation of senseless assault. The artist highly guarded the dissemination of the work, releasing no publicity stills so that the curious had no recourse but to visit the museum and don the device. Writing for ARTNews, Tisch Abelow notes that the museum’s decisions engender “the same sense of anticipation that surrounds the launch of a new iPhone or some other desirable product.” This isn’t about creating a consensual space to view art, but instead a misguided nagging that if we don’t do it, we’ve missed out.

Even if I don’t like Wolfson’s work, I have to admit that he understands the medium. In an interview with Artforum, he reveals that he “always wanted the moment when you’re returned to the real world to be the third act of the piece”—a study in contrasts. The ordinariness of museum’s white walls and hardwood floors is as important to the work as the computer-generated sidewalk brutality within the device. The reality of virtual reality, at least as we enter 2018, is that we never fully escape the physical world.