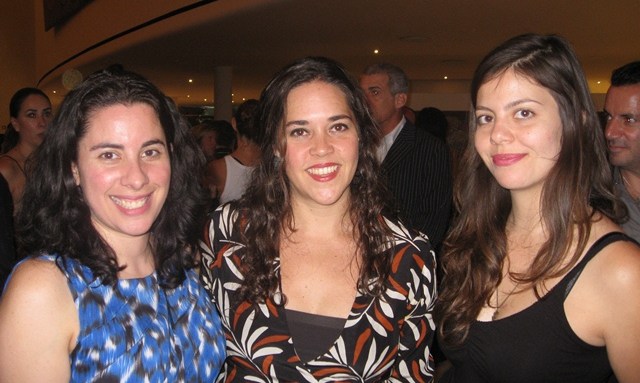 In Latin American very few collectors have built private museums to house their collections. So visitors to Mexico City last week for the eighth Zona Maco art fair [Apr. 6–10] were eagerly awaiting the opening of the Soumaya, the new museum built by the world’s richest man, Carlos Slim, to house his collection.

The Soumaya Museum officially opened to the public on Mar. 28, but, as part of the fair’s VIP program, the museum hosted a private viewing and dinner for over 300 guests on Friday, Apr. 8. Warhol Museum director Eric C. Shiner, photographer Todd Eberle and Fondation Beyeler director Sam Keller were among those curious to see whether the billionaire’s new trophy, and his collection, would match the pre-opening hype.

The museum is undeniably a family affair. It is located in the exclusive neighborhood of Polanco on the Plaza Carso, which is named for Carlos and Soumaya, his late wife, for whom the museum and his daughter are named. Soumaya the younger and her husband, architect Fernando Romero, who designed the building, hosted the VIP event, which began promptly at 8 PM, a rarity in Mexico City, where being on time can often be considered impolite—indeed, Slim was nowhere to be found.

Reviews of the building have been mixed, many critics calling the Soumaya a poor imitation of the Guggenheim. Curator Pablo Leon de la Barra praised the museum’s stunted irregular form, which “seems to be molded by the different (and sometimes contradictory) tensions that coexist in the city, and which structure Mexican society.”

Guests were led to the top floor, where 18,300 square feet of unobstructed space was installed with a selection of Slim’s storied collection of Rodin sculptures. British artist Isaac Julien marveled at the “fabulous” sixth floor space. Other attendees questioned the quality of the works.

The rest of the collection, much of which is still being installed, remained off limits to visitors. A quick glimpse of the fifth floor—containing colonial maps and 19th- and 20th-century Mexican art—revealed at least one very good Toledo and a breathtaking Siqueiros. “I think that for international visitors, seeing the Mexican art pieces is a great experience,” said Ursula Davila-Villa, curator at the Blanton Museum of Art in Austin, Tex.

Visitors were nourished with a series of performances by artists including British pianist Michael Nyman, choreographer Maria Hassabi and Mexican soprano María Alejandres

Guests expecting a formal dinner were disappointed when waiters began passing around a variety of Middle Eastern-inspired hors d’oeuvres, a nod to Slim’s Lebanese origins. These were not followed with dinner. “Who invites professionals from the local and international art world to a formal dinner and keeps them standing for hours with hardly any food or drink?,” wondered North Miami MOCA associate curator Ruba Katrib. And reviews, even in the art world, come from the gut.