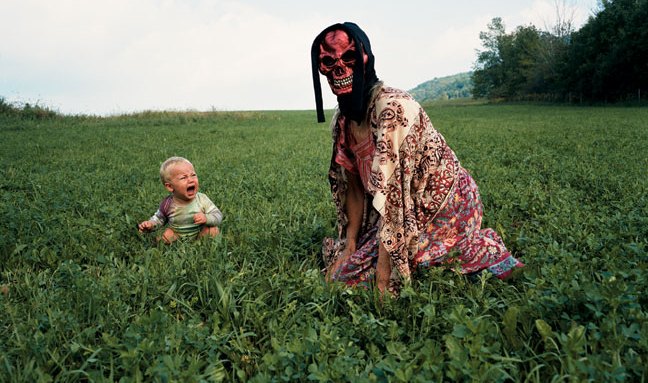 For his recent exhibition After Color at Bose Pacia in Chelsea, 29-year-old New York-based curator amani olu selected a diverse group of young photographers whose stylistic tendencies span from abstraction
to portraiture and whose techniques range from gelatin silver prints to animated GIFs. What draws the  practices of these nine artists together is their conscious embrace of the black-and-white photographic tradition “after color,” a choice that olu argues is both an homage to the Conceptual approaches of the 60s and 70s and a response to the domination of color on the contemporary photo market. Tracing this shift in artistic practice, olu makes a claim for a new generation of photographers. olu applied a similarly generational lens in his most notable project, Young Curators, New Ideas, from 2008. The focus, however, shifts from the work of emerging artists to the practices of rising curators.

The exhibition was originally conceived for the Bond Street Gallery, where olu was hired as Director, to help transition the space from a commercial to a fine-art photography venture. He admits that the idea
was developed at a moment’s notice to fill a spot in the calendar left vacant by a last-minute cancellation. For the exhibition, olu invited six young photo curators and curatorial teams to develop proposals for a share of the gallery space. olu’s job was far more managerial, keeping the project participants on strict deadlines while ensuring that they had access to the appropriate resources to realize their exhibitions. The result was six individual exhibitions, each with its own curatorial vision, ranging from Michael Bühler-Rose’s solo show of the work of Charles Benton to Laurel Ptak’s Graphic Interchange Format, a collection of 67 animated GIFs, made by 26 artists and displayed on a flat screen.

Young Curators, New Ideas gained notoriety not only for introducing a new crop of arts professionals but also for putting the position of the emerging curator on equal footing with that of the emerging artist. When olu was invited to work with the P.P.O.W. Gallery this summer, he suggested a second installment of the project
(Young Curators, New Ideas II opens today, August 6). This time the show features the work of seven curators and teams, including the Bronx Museum’s José Ruiz, co-curator of the most recent Queens International, and Art Fag City’s Karen Archey. This re-visitation has allowed olu to expand the exhibition’s concept and range, opening up to a variety of media and curators of varying experience. Two of the exhibition’s most enterprising projects reflect upon aspects of curatorial practice itself. Archey’s Low Museum is an archive of leftover
material from past projects, while the collective Cleopatra’s (Bridget Donahue, Bridget Finn, Kate McNamara, Erin Somerville) will present the Inaugural Reference Archive and Library, a bookshelf of reference material chosen by curators admired by members of the collective. These two projects and the growing franchise of New Curators, New Ideas perhaps indicate another generational shift in the artworld, the curator as auteur. Although to some it is another concept exhumed from the Conceptual generation (Szeemann’s Documenta V comes to mind), what has maybe become evident is the fact that the power of the curator is inescapable. As olu himself expressed, “A critic was the one who could make or break a career, but now it’s the curator.”