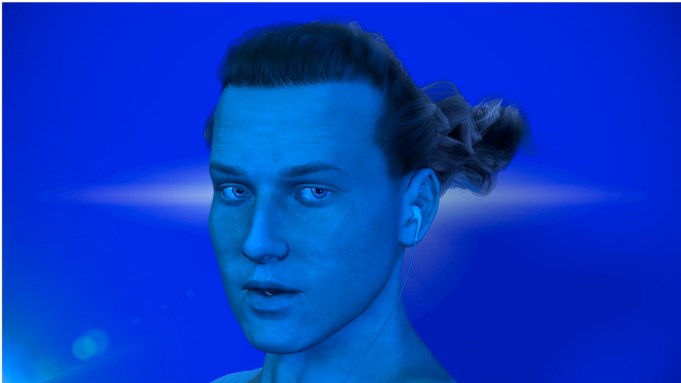 When Heather Corcoran was appointed executive director of the art and technology nonprofit Rhizome last summer—replacing long-time director Lauren Cornell, who had resigned in the spring to co-curate the New Museum’s triennial with Ryan Trecartin—she was a bit of an unknown quantity in New York. In fact, Corcoran’s entire career has been centered around the overlapping fields of contemporary art and technology (mostly in the UK), making the 29-year-old Canadian a good fit for Rhizome.

Rhizome began in 1996 as an e-mail list for artists who were newly experimenting with making work online. In 2004, just before the New Museum opened its new building on the Bowery, Rhizome formalized its affiliation with the museum and the two have been collaborating ever since. “We have an amazing symbiotic relationship,” Corcoran explained when she spoke to A.i.A. on the phone earlier this month. “We share a commitment to emerging practices, but I can’t stress enough that Rhizome’s heart and soul is online, and the majority of the people we interact with are online.”

Before coming to New York, Corcoran spent the previous eight years in London, most recently as the deputy director of Film and Video Umbrella (FVU), which has been commissioning work and collaborating with other institutions since the late ’80s. While with FVU, Corcoran was involved in the early stages commissioning Ed Atkins’s video Warm, Warm, Warm Spring Mouths (2013), recently on view in Atkins’s exhibition at MoMA PS1. Corcoran also curated exhibitions for the Barbican Art Gallery in London and the Foundation for Art and Creative Technology in Liverpool.

Rhizome’s biggest event, and one of the main reasons for the organization’s higher profile as of late, is the annual Seven on Seven conference; the fourth installment is tomorrow, Apr. 20, from 12-6 P.M., at the New School’s Tishman Auditorium. At press time, conference tickets are still available (past conferences sold out, but this year, since moving locations from the New Museum, capacity has doubled to 400 attendees).

As in previous years, Seven on Seven pairs technologists with artists and gives the two-person teams a day to develop a new idea; the concepts are revealed to the public at the conference. This year’s matchups are: Jill Magid and Dennis Crowley, Fatima Al Qadiri and Dalton Caldwell, Matthew Ritchie and Billy Chasen, Cameron Martin and Tara Tiger Brown, Paul Pfeiffer and Alex Chung, Jeremy Bailey and Julie Uhrman, and Rafael Lozano-Hemmer and Harper Reed.

Rhizome, Corcoran explained, acts as a matchmaker between the Seven on Seven participants: “They all go into it completely blind and agree to participate without knowing who they are going to be paired with. We pair them based on a number of factors—like whether we think they’ll get along personally and whether there are overlaps in their work. It takes a certain kind of person to be collaborative. It’s more about the willingness to engage with someone with a totally different perspective.”

One of the first technologists to commit was Reed, a hacker and engineer who is the CTO of Obama for America. Corcoran set Reed up with Lozano-Hemmer, a Mexican-Canadian artist known for interactive installations that often feature robotics, projections and programmed LED lights. “They’re both interested in how technology can be used to engage individuals and communities, especially people who are not already engaged in the art world, or with politics.”

When asked which artist she would like to be paired with for a hypothetical future Seven on Seven, Corcoran had a hard time settling on her ideal partner. “Somebody who I think is incredibly articulate, especially about technology, is Ed Atkins. He’s somebody you wouldn’t necessarily associate with technology or new media, but he really gets it.” The filmmaker Tacita Dean also appeals to Corcoran. “She thinks so carefully about the mediums that she’s working with. Her whole thing about campaigning for the continuation of film as a medium is about having the ability to choose the right materials for the project.”

Aside from maintaining Rhizome’s website—which includes articles and interviews posted daily; ArtBase, an archive of digital art (the earliest work in Rhizome’s collection is a screensaver by Dragan Espenschied, from 1991); and online commissions and exhibitions—Corcoran is most concerned with the conservation of the kind of “born digital” work Rhizome promotes.

This often involves collecting old hardware and software. “You have to see what kind of browser a particular work was designed for. Then you may realize that this browser doesn’t work with this operating system. So you have to find the right OS. But does the OS work with the computer you have? It’s a process of uncovering, in an almost artisanal way. Each conservation project is really specific.”

As an example, Corcoran mentions Wolfgang Staehle’s bulletin board system The Thing, which the German video artist created in 1991. Rhizome has been working to preserve Staehle’s online forum (that also hosted reviews and artists’ websites, and included a mailing list related to early “net art”). The Thing is now included in the New Museum’s current show, “NYC 1993: Experimental Jet Set, Trash and No Star,” on an old monitor on the museum’s fifth floor, showing the original login screen. “That was the year that Mosaic, the first web browser, was introduced, though nobody was really using it yet. Text-based bulletin board systems were much more common. Staehle pioneered a whole creative community of artists who were willing to collaborate through this system, one of the very first examples of born-digital work.”

According to Corcoran, Rhizome is the only organization doing this kind of detailed conservation work. “We used to think of web-based work as ephemeral, or immaterial, but it’s not. Every time you use Google, there’s an actual hard drive sitting somewhere.”