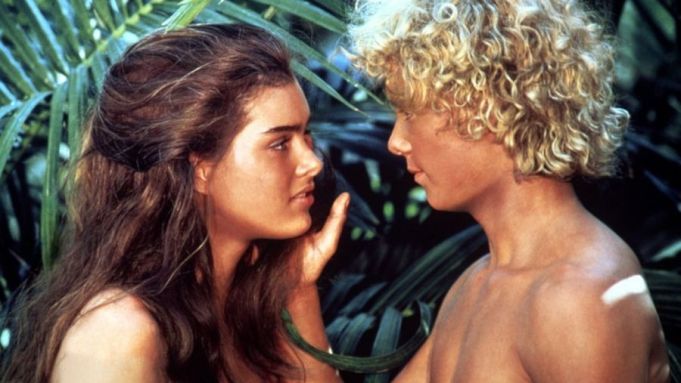 Artist Charlie White is consumed by the phenomenon of the consumerist teenager, particularly the female, who has, since the 1970s, been the prime target for advertising. In “The Sun and Other Stars,” his two-person show with photographer Katy Grannan, on view through Oct. 14 at the Los Angeles County Museum of Art, White offers a wide variety of works reflecting mass-media depictions of adolescence: ’90s-style after-school cartoons, documentation from a performance-audition in which he photographed 107 teenage models, and photographs of dolls fabricated to eerily resemble real teenage girls.

Also on display are White’s research materials, including his collection of women’s lifestyle magazines that feature blondes on their covers (Cosmopolitan, Glamour, etc.) and a corkboard pinned with images of teenagers from the last four decades, each one a study in the postures, hues, attitudes and esthetics that define the young adult in pop culture. White is also a writer and an associate professor at the University of Southern California, Los Angeles, where he ran the MFA program from 2007 to 2011.

ROSS SIMONINI: In your work, would you say you’re trying to see through the lens of the teenager, or are you an adult looking at teenage culture from the outside?

CHARLIE WHITE: I’m an adult looking at the adolescent image as a vehicle for cultural analysis. Not exactly inhabiting a teen POV, because nothing in the work relies on youthful forms of expression. In fact, I don’t think any of my work that’s dealt with minors—except for maybe the mimetic quality of the animations [OMG BFF LOL, 2008, and A Life in B Tween, 2012]—has adopted the adolescent viewpoint.

SIMONINI: What defines a youthful form of expression?

WHITE: The work being adolescent in character, in tone and in attitude. Take, for example, Girl Posed and Boy Posed [both 2008] , which are about a type of portrait photography. They work within and from generic commercial modes of presentation to create a “posed” portrait of a boy and girl that operate within the vernacular of popular teen imagery and point outside of this language to something more problematic, a visual tension.

SIMONINI: What are some examples of imagery you’re drawing on in, say, the Boy Posed image?

WHITE: I was looking for a male model that brought to mind Christopher Atkins, Brooke Shields’s costar in The Blue Lagoon. Like Shields, Atkins was extremely eroticized in popular culture, with The Blue Lagoon functioning as an American coital fantasy of a union between Atkins and Shields. For me, he was a benchmark of male adolescent representation. Boy Posed indexes this representation through subtle physical likeness and the bravado in the subject’s gaze, while the boy’s stance points to the classical contrapposto figure. The result is a sort of Bop! Magazine/Atkins four-fold/David combination.

SIMONINI: Would you say these qualities, these tensions-the pose, the colors, the backdrops-are something you’re considering when you arranged all the images on the bulletin board in Research Material [2012] and selected the covers from your Magazine Collection 2004-2006 [2012].

WHITE: Yes. The imagery in Research Material—which is in fact just that, a portion of my collected research material—is the touchstone for much of my thinking. I am continually compiling material that contains a certain tension resulting from the conflation of commerce and complicated sexuality.

SIMONINI: Can you give me an example?

WHITE: Sure. Let me list a few examples that I hope the magazines will illustrate. Start with a contemporary teen celebrity like Ross Lynch in a pink sleeveless shirt with bare hairy underarms to camera, or a character such as tween Hannah Montana in a finger-over-her-mouth pose, or teenage Britney Spears in farm-girl themed promo material, or a come-hither teen Christina Applegate portrait to pair with her sexpot high-school teen role as Kelly Bundy, or tween Ricky Schroder in short-shorts and a coogi sweater, or Jodie Foster naked in a hot tub, or a topless Matt Dillon. I could go on and on. The point is that such imagery is part of the commercial vernacular, one that continually evolves, depending on current social conservatisms.

SIMONINI: But you’re not trying to reproduce these images, is that right?

WHITE: To some degree I am re-making as much of this tension as needed in order to analyze it, while still allowing it to become its own entity outside the commercial media that generates it. In this way, many of the works in the exhibition are translations; translating a casting call, a four-fold poster, a headshot, an after-school cartoon show, a teenager’s bedroom wall, etc.

SIMONINI: Do you think this particular vernacular comes out the 1970s period of youth portrayal in the media?

WHITE: Completely. Some threshold was breeched in the ’70s that transformed how the market exploited teen celebrity and the teen image. Perhaps it is as simple as the way flesh became present, specifically in images of adolescents being documented and distributed for the consumption of other adolescents. In this regard, there were Matt Dillon’s topless portraits, but there were also far more complicated representations, like the 1976 publication of Sugar and Spice by Playboy Press that included Gary Gross’s photographs of 10-year-old Brooke Shields.

SIMONINI: It could easily be construed that, behind the work, there’s a cynicism or judgmental attitude toward this culture. But it really appears that you’re trying to present these images without coloring them.

SIMONINI: Would you say that you’re celebrating the beauty of these images, their design, their esthetic?

SIMONINI: “Casting Call” is a series of photographs of girls from a performance event in 2010. Was the event an actual casting call?

WHITE: Yes, it was an actual casting call that I held at LA.

SIMONINI: Do you feel—and this a word that’s often thrown around—that this “indexing” of your subject lends itself to objectifying them? Are you embracing the objectification of these teens as stock images?

WHITE: A casting call, or the image from such a call, is a proto-form of the objectified image, similar to a “Go-See” (when a model visits a photographer and ends up having his/her Polaroid taken). Casting-call images are less refined than a headshot; they are the material embodiment of ambition. With the “Casting Call” images, I’m making a document of ambition and desire, and of organization based on type. That is what the resulting portraits show.