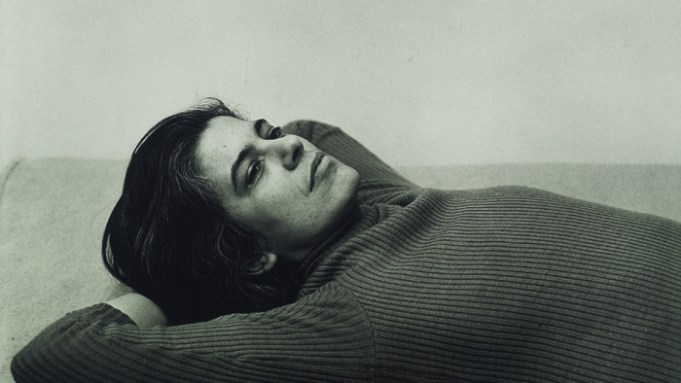 A walkthrough of recent rotating shows at the Fisher Landau Center in Long Island City reveals unsung treasures of the ’80s and ’90s. These belie an idiosyncratic but unmistakably blue chip collection, a chunk of which the Center’s matriarch, Emily Fisher Landau, pledged to the Whitney Museum last year. The gift of 419 works is estimated to be worth around $75 million. Landau began collecting in the 1960s while married to her first husband, real estate mogul Martin Fisher, who died in 1976. With her second husband, Sheldon Landau, a clothing manufacturer who died in 2009, she established the Center for her collection in 1991, and opened it to the public in 2003. A new show, “Legacy: The Emily Fisher Landau Collection,” presents selections from the promised gift. The show was organized by curators Donna de Salvo and David Kiehl. We spoke with de Salvo about Landau’s collection and the exhibition.

STEPHANIE CASH: Emily Fisher Landau has been a key supporter of the Whitney for a long time, hasn’t she?

DONNA DE SALVO: Yes, she became a trustee of the Whitney in 1987 and has served on various committees. She was one of several people who established an endowment to support the Biennial. That was in 1995, the year that the galleries on the fourth floor were named in her honor. This show of about 100 works will be on view in those galleries.

CASH: How would you describe her collecting style?

DE SALVO: Ms. Landau never set out to create a collection that would survey “isms”: she’s much more driven by response. She gets to know artists, meets them and goes to their studios. One of the things that makes it a great fit with this museum is the work of a younger generation of artists from the ’80s and ’90s. There are edgy works and examples by artists who pushed boundaries.

With some artists, she collects only one or two works. Then there are others she collected in-depth, notably Artschwager, Ruscha, Wojnarowicz and Hujar. But it’s not the kind of collection that’s about getting one of this and one of that. So the Ruschas include one of the earliest pieces that she acquired-Give Him Anything and He’ll Sign It. It’s an image of a bird with a pencil for a beak; it’s a strange, surreal creature. It was made in 1965, the year Ruscha had a show at Ferus Gallery [in Los Angeles]. The work demonstrates his early interest in Surrealism and Dada, and we didn’t have anything like it in our collection.

CASH: What have you selected for this exhibition? Were you trying to demonstrate a prevailing theme or sensibility?

DE SALVO: We tried to reflect the range and texture of the gift. With this exhibition, the private meets the public. We tried to find what we felt were preoccupations and tendencies within these works. We chose a number of works by Artschwager, pairings of Agnes Martin and Carl Andre. We’ve put Baldessari’s What This Painting Aims to Do of 1967 with a Sherrie Levine, to create dialogue. A central room combines a group of painterly works, ranging from de Kooning to Susan Rothenberg, Warhol and Twombly.

CASH: What portion of her collection does this gift represent?

DE SALVO:  Her collection numbers around 1,500 objects. She began collecting in the late 1960s: her first acquisition was a Josef Albers painting from 1957. But she equally collected major works from the early 20th century by European and American figures as well, including Picasso, Dubuffet, Léger, Calder, Klein. The earliest work in this gift is a painting by Forrest Bess from 1949 and the latest is an etching by Lisa Yuskavage from 2006.

CASH: Did you work with her in making the selections for the gift?

DE SALVO: One of the things we were also hoping to do—working with Ms. Landau and her daughter Candia, who was instrumental—was to represent the texture of her collecting. We tried to complement the artists the Whitney has already collected. We did not have a late 1960s sculpture of Carl Andre, so her gift includes 28 Lead Rectangle from 1968. That and a group of his “Typewriter Drawings” really complete the representation of Andre in the ’60s. Despite having de Kooning’s Woman and Bicycle from 1952, we did not have a Woman drawing that was contemporaneous. She has given a 1952 woman drawing, as well as a late canvas from 1987 that is now the latest de Kooning in the collection.

CASH: How does the gift complement your contemporary programming?

DE SALVO: We’re getting one of Glenn Ligon’s first Richard Pryor paintings, which is terrific because we’re doing a retrospective of his work opening next month, and Ms. Landau collected a large number of his works. Rodney Graham is entering our collection for the first time.

CASH: Graham is Canadian, so that selection reflects how the museum has opened up its definition of “American.”

DE SALVO: North American is one way to consider it. We’re interested in artists whose work has relevance to art produced in the U.S. or who have produced work in the States. There’s a lot of fluidity these days with artists living in multiple cities. Even Duchamp, who spent the remainder of his life here, made one of his most important works—Étant Donné—while living on 10th Street.

Brittney Griner Is at Her ‘Absolute Weakest Moment in Life’ as She Awaits Appeal Trial, Says Her Wife