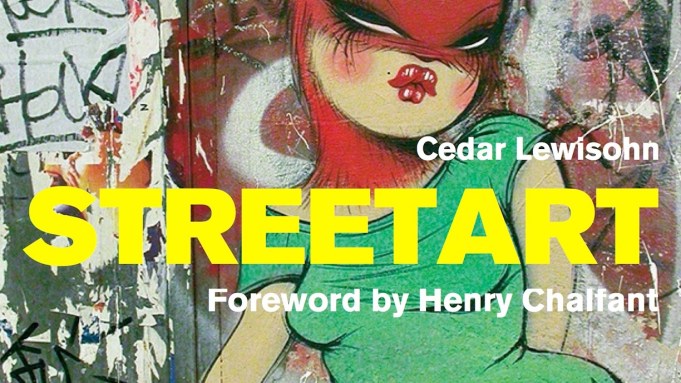 People who talk about art books being the last bastion of print are usually thinking, explicitly or not, of the coffee table tome. The thick stack of beautifully bound paper, heavy in one’s hand, is not just a medium for displaying paintings and photographs. It has also become a signal of cultivation, which says something about the owner of the book that is not as easily communicated by the uniform, modern sleekness of an iPad or a Kindle. Of course, many young art e-book publishers, like Klaus e-books and Badlands Unlimited, are not attempting to mimic the luxury of print. Instead, they make new work that fits, and plays with, the specificities of the digital medium, often reacting against conventions of highbrow culture.

So what happens when a large, traditional publisher of artist books starts making e-books? Founded in 1911, a century before Amazon’s sales of digital books overtook its print sales, London-based Tate Publishing has a long history of producing traditional art books. Over the course of the century, its output has broadened, and today spans exhibition catalogues of shows at the Tate galleries to academic writing to children’s books with an educational slant.

In making the move to e-books, Tate has faced a few technological hurdles. “At the moment, highly illustrated [e-book] titles are difficult to produce, and beautiful design is generally at the cost of functionality,” Beth Thomas, the publisher’s digital editor, wrote in an email. “As a result we’re focusing on titles in which the text is a key seller, such as our Artist’s Writings series, rather than those with a lot of images.” Tate’s e-books, like Cedar Lewisohn’s 2009 guide to street art, or a documentation of Ai Weiwei’s Sunflower Seeds (2010), where the artist commissioned the creation of one million individually handcrafted porcelain sunflower seeds, first exhibited at Tate Modern, are simply text in a digital format, sometimes with embedded videos or sounds. But Tate also works with a more experimental bent, as seen in the Unilever Series at Tate Modern iPad app, a prize-winning digitized compendium of materials from 13 years of large-scale installations in Tate Modern’s vast Turbine Hall—from Olafur Eliasson’s The Weather Project (2003) to Doris Salcedo’s Shibboleth II (2007). Tate has chosen to call this an app rather than an e-book, as the reader touches her screen to rotate a wheel that enables her to explore a rich compilation of often previously unpublished images, drawings, interviews, videos and essays.

Thomas spoke to A.i.A. by e-mail about the difference between apps and books, and what the new generation of readers want.

KIRA JOSEFSSON What can you do with an app that you can’t do in a book? It seems to me that the Unilever App could be called an e-book, so I’m curious about why you chose to make it an app.

BETH THOMAS I don’t think it’s just a matter of what the technology can and can’t do. There’s a difference between the way people interact with e-books and the way they interact with apps. E-books tend to be linear and, to a certain extent, this is what people expect to find on their Kindle or in iBooks. However, when they pick up an app they don’t have those expectations. When we produced the Unilever Series at Tate Modern, we wanted people to access the material in a variety of ways. You can navigate through from beginning to end or you can flick between projects and watch all the short films or read the essays. Producing an app also allowed us to make something that is beautiful while retaining great functionality, which you still can’t achieve in e-books.

JOSEFSSON The Observer’s e-book columnist Anna Baddeley wrote in the Guardian that she was disappointed by Tate Publishing’s lack of engagement with the creative potential of an e-book. How would you respond to this charge? Of course, few artist e-book publishers do engage with the full range of interactive effects that are possible. Why do you think this is?

THOMAS I accept that there’s more potential in e-books and no arts publisher has really conquered the format. But I wouldn’t write us off just yet. While e-books are an established medium for text publishers, it’s still the early days for good illustrated e-books. We’re working toward making the most of what the format has to offer.

However, the article also touches on some very important points for arts publishers. Investment in illustrated publishing is considerable. It’s not just a [time-consuming] slog to clear images; it’s a major cost. And the market for digital art books isn’t really established yet. For that reason, I think arts publishers are being more cautious than, say, fiction publishers or textbook publishers.

JOSEFSSON Who buys your e-books? Are they the same people who buy your print books?

THOMAS This is one of the biggest questions for publishers, since we can’t rely on the current understanding of our market. While there is a common strand between digital and print customers, there are a lot of different people and new markets. This is particularly the case in arts publishing, and we consider our audience carefully when choosing what to publish.

JOSEFSSON What does the future look like for Tate’s e-books?

THOMAS We are focusing on a user-centred approach to digital publishing. This means thinking about what people want and then working out how best to get it to them. This could include e-books, apps, websites or good, old-fashioned ink on paper. We’re still in a phase of discovery and, given the rate at which technology moves, I imagine this will continue. It’s important to keep abreast of new technologies and find new ways to reach our audience. Above all, we want to promote knowledge, understanding and enjoyment of art, and we aim to use every method at our disposal to do so.