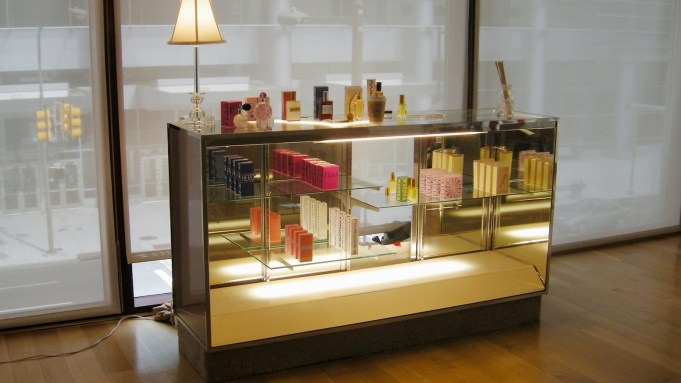 First known in the international art world as muse and model for the Chinese painter Liu Ye, Jenny Lui—who now prefers to be known as Wanwan Lei—has recently established herself as a roving dealer-curator with a sharp eye for emerging talent. Her Wanwan Lei Projects specializes in pop-up solo exhibitions for emerging artists, who receive the kind of thoughtful presentation that many older artists might well envy.

Lei recently spoke to A.i.A. by e-mail about art’s cross-cultural appeal, her very small stable and the benefits of her itinerant status.

RICHARD VINE What is Wanwan Lei Projects exactly, and how did it come about?

WANWAN LEI Wanwan Lei Projects is a gallery without a permanent space. Due to high costs in New York, I came up with the idea of renting short-term spaces for exhibitions. While brainstorming my business plan, I started to realize that this model actually offers a very flexible approach. I can bring my “gallery” to different parts of the world and find appropriate spaces for specific artists. After doing a couple of shows in the U.S., I thought it was time to create one in China.

VINE You’ve chosen some interesting emerging artists. How do you find them?

LEI I’m currently working with only three artists. I try to keep the roster very selective but with diversity. I met Michael Ryan, who studied at Columbia College in Chicago, at the Dumbo Arts Festival in 2011. I was very moved by his enormous multi-figure drawings. At the same time, given this level of quality, I was surprised that he still remained “undiscovered.” I gave him a show last May in a big rented space on lower Broadway.

I first saw Bodu Yang’s works on a Chinese social media website a couple of years ago. We exchanged several e-mails, talking about art, even though I knew nothing of her background, not even her real name and gender. I realized immediately I wanted to do a show for her—which I did last fall in New York, not long after she got her MFA. She and Sarah Peoples, the young sculptor I work with, were classmates at the Pennsylvania Academy of the Fine Arts in Philadelphia.

VINE Is there some shared formal or thematic factor that unites the artists you present?

LEI I call it beauty. To me, this means a quality that makes artworks autonomous, free from either sociopolitical restraints or market rules. It’s something intrinsic that enables the art to stand on its own. That doesn’t mean that I avoid artists who deal with everyday reality. But I’m always looking for this kind of beauty in their work.

VINE Do you think an artist like Michael Ryan, who deals with very American subjects, can connect with viewers and collectors in China? Or that Bodu Yang can reach people in the U.S.? If so, why?

LEI Definitely, I think there are certain elements in art that have a universal voice. Different nationality shouldn’t be a barrier to viewers.

VINE Tell us about your own background and how you evolved into undertaking this trans-cultural endeavor. Did you study art or art history? Do you have previous gallery experience?

LEI My English name is Jenny Lui, but I like to go with my Chinese name put in Western name order, Wanwan Lei. I had my first gallery job when I was 17. It was during my freshman year at Central Academy of Fine Arts in Beijing, where I was majoring in art history. I moved to New York in 2009 for the graduate program in arts administration at Columbia University. Since then, I’ve gained work experience at several galleries, including Pace Beijing, Sperone Westwater and David Zwirner in New York and 1301PE in Los Angeles.

VINE What is your vision for the future of Wanwan Lei Projects?

LEI Wanwan Lei Projects is still emerging. There are many things I need to learn and explore. For example, I chose a very unusual venue for the upcoming Bodu Yang show. I rented an apartment in the Diplomatic Compound complex in Sanlitun, an area of Beijing known today mostly for its many bars and international shops. A lot of foreigners working for the embassies live in these apartments. In the 1980s and early ’90s, many art events, unconventional parties and gatherings of young intellectuals were held in the diplomatic enclaves because of censorship issues. However, when people think of art exhibitions today, they think first of the 798 or Caochangdi districts, so I decided it would be very interesting to go back and do a show in a place that is now almost forgotten as an art venue.