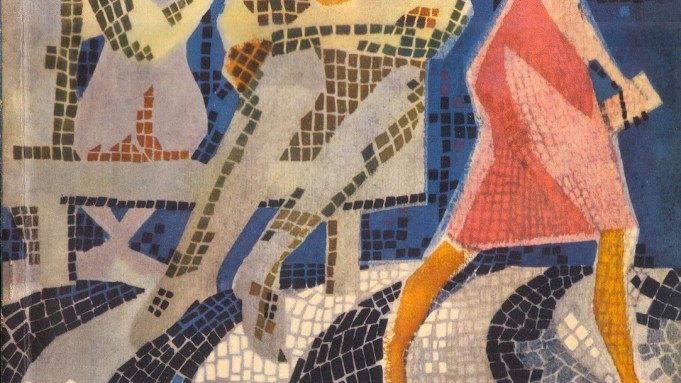 The Museum of Fine Arts, Houston, a longtime proponent of Latin American Art, recently made a new 10-year commitment to champion the cause. The museum, in collaboration with its research institute, the International Center for Arts of the Americas (ICAA), has earmarked $50 million for the endeavor, which includes a massive online archive assembled by hundreds of researchers in 16 cities in the U.S. and throughout Latin America. The debut installment, which launched last week, features more than 10,000 primary source materials gathered by hundreds of researchers in 16 cities throughout the Western Hemisphere. It is available worldwide and free of charge.

The initial launch highlights artists’ writings and correspondences, much of which was previously unpublished. With a concentration on Mexico, Argentina and the American Midwest, texts range from early 20th-century to contemporary. Featured are key articles scanned from long-defunct art periodicals and journals, many translated into English for the first time.

Among the documents making their digital debut are Revista arte Madí, an avant-garde journal published in Buenos Aires in the 1940s, and, from Mexico, letters from the Guatemalan poet Luis Aragón to André Breton written in the 1930s. The American Midwest team, based at the University of Notre Dame, focused on texts by overlooked scholars in Latino culture of the 1960s and the ’70s in Los Angeles, Miami and New York.

The archive will be frequently updated and expand in the months and years to come. Complementing the ambitious web program, a compendium of 13 books will appear over the next 12 years. The first volume, Resisting Categories: Latin American and/or Latino?, by the director of the Houston MFA’s International Center of Latin American Art, Mari Carmen Ramírez, with scholars Héctor Olea, Tomás Ybarra-Frausto and the late Olivier Debroise, will appear later this year.

DAVID EBONY How did the concept for a Latin American art online archive come about?

MARI CARMEN RAMÍREZ In 2001 we created the International Center for the Arts of the Americas (ICAA) as an intellectual platform to promote research and debate in Latin American and Latino art. It soon became clear that these emergent fields of research and collecting needed more than symposia or publications. In October 2001 and then again in November 2002, with seed monies provided by the Rockefeller Foundation and the Getty Foundation, the MFAH invited a group of 35 art historians, scholars and curators from Mexico, South America and the Latino United States to assist the museum in charting a viable course for the ICAA’s program development.

The concerns shared by everyone present at these meetings centered on the poor state-or the nonexistence, in some cases-of archives and an efficient archival infrastructure in Latin America and the U.S. Latino communities. There was also an urgent need to both preserve and provide access to primary documents and materials related to the visual arts. At stake is preserving for future generations the theoretical and intellectual foundations of this art.

In 2004, the 17-member editorial board was appointed and the project’s Editorial Framework was developed and approved. The first three teams began operations in 2005; they were followed by seven other teams in a staggered timeline. The ICAA provided all of the equipment and training for the teams and oversaw their document-recovery efforts. Six years later, the Recovery Phase of the project was completed.

The project’s second phase—involving the labor-intensive tasks of processing and cataloguing these documents and their publication in both digital and print formats—began in 2009. In 2012, the countless hours of work by the ICAA and its hundreds of international partners culminated in the publication of the first volume and simultaneous launch of the ICAA Documents Project.

EBONY What are the overall aims and ambitions for the archive?

RAMÍREZ Ultimately, it is to bring about a long-term transformation of current perceptions of Latin American and Latino art. We need to make accessible the intellectual production of Latin American and Latino artists in order to bring about this transformation. It involves recognition that, at both the theoretical and practical levels, these artists have made original contributions to international modernism and postmodernism. In many cases, these contributions have preceded or paralleled those of American or European artists, but they have yet to be acknowledged.

EBONY What have been the major difficulties and obstacles in realizing the project?

RAMÍREZ This is a team-based effort involving 10 teams of researchers spread out over 16 cities of Latin America and the U.S. The sheer logistics of managing this effort from a legal, administrative and conceptual point of view have been daunting. Each country has its own laws and ways of doing things. Then there are the issues, of course, of funding such a mammoth effort.

Additionally, the project aims to bring together Latin Americans with U.S. Latinos. These two groups do not necessarily converse easily on a regular basis. In the beginning it was difficult to get them together at the same table. However, over time, the effort paid off as the teams from each side started to detect a common ground that is fraught with the potential to rewrite the art history of both groups.

Another possible major hurdle is copyright law. But this has proven to be not so insurmountable after all, due to the fact that almost all the artists or their representatives quickly recognize the educational and research value of this undertaking; and they have generously collaborated with us.

EBONY What is the role of the print series of books in relationship to the online archive?

RAMÍREZ The books complement the archive and in some ways offer a selective guide to this resource. The documents published in the books are translated into English making them accessible to English readers. They carry the Archive record number that directs the reader to the online digital resource. This allows us to translate excerpts of the full documents that appear in the archive. Readers find not only the complete document in its original language but also links to other similar or related documents.

The Best Watches We Saw at the Grammys, From Jay-Z’s Patek to Pharrell’s Richard Mille and More

Episode 23: Fashion on Our Minds

Elizabeth Warren Is Furious with the Restaurant Lobby