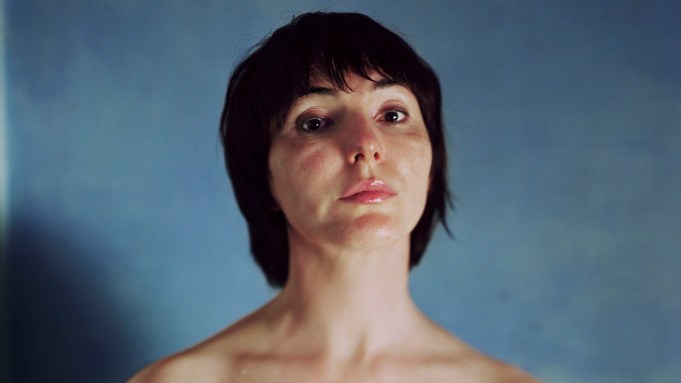 Known for her evocative portraits and nude figure studies, the Los Angeles-based artist is one of a group of photographers who emerged from Yale in the late 1990s, mentored by high-profile faculty like Gregory Crewdson and Philip-Lorca diCorcia. Earlier, she studied with Stephen Shore at Bard College, Annandale-on-Hudson, N.Y. Like her Yale classmates Katy Grannan, Dana Hoey and Justine Kurland, Marder achieved early success, and has shown in the U.S. and internationally since the early 2000s.

Her current exhibition at New York’s Leslie Tonkonow Artworks + Projects, “Anatomy” (through Dec. 21), is her first U.S. solo in seven years. The show, as well as an eponymous new book, features a series of photographs of prostitutes taken in the brothels and sex clubs of Amsterdam and Rotterdam over the past six years.

While on a break from installing the exhibition, Marder spoke with A.i.A. at a nearby restaurant about her most recent endeavor.

DAVID EBONY How did the “Anatomy” series evolve?

MALERIE MARDER I set out to do a body of work centered on women. I wanted to explore the aesthetics of the female figure, and was looking for a theme that would address relationships between the body and society. I also wanted to examine a subject that was out of my comfort zone. I went to Holland for an exhibition and became fascinated with prostitutes and brothels. In a way, I was facing something that frightens me-the idea of being abandoned and perceived as a failure by society. But over the course of six years, I focused on women who do this for a living, to support their families. It’s a tough life, but it’s almost like any other job. They are not forced into it. The women are remarkably self-possessed and don’t see themselves as victims.

EBONY Many of your photos strike me as being sexy without being sexually explicit. What is your feeling about eroticism in your art?

MARDER There have been such unexpected reactions to the new pictures. Not many people have seen them yet, but the few I showed them to had very different responses. My father, for instance, thought that even though the subjects are prostitutes, the photos are not sexual at all. Another person I showed them to thought that they were very sexually charged. On one level the work is about giving over your body. It’s not a forced situation, but the women are not protected by clothing and they are not trying to protect themselves. They exude a natural eroticism. I struggle with eroticism in my work. In some ways I’m comfortable with it and at other times I’m not. Sometimes I wonder why I’ve gone down this path at all.

EBONY How personally involved did you get with your subjects?

MARDER There was a language barrier that was difficult to overcome. A few spoke English, but the models I was most interested in were from Russia, Africa and other places. I photographed some multiple times. So I got to know these women better than others. It wasn’t that we became close. The bond we established happened in the actual act of photographing them. On one of my return visits to Holland, I was pregnant with my second child, and some of the women bonded with me in a certain way because they had children of their own. But there was always a tension there that was not quite resolved. I wanted to be close and then I wanted to be apart. I believe that feeling of wanting to be close to yet separate from the women is similar to being in love-you want to be close and yet you have another drive telling you to move away. It’s a conflict that isn’t about the women but more about the nature of intimacy.