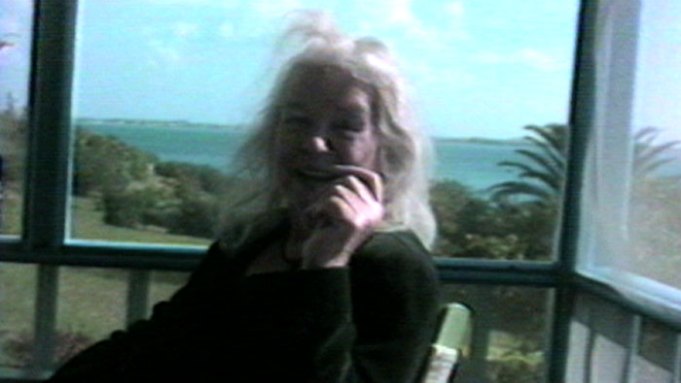 Michel Auder, a New York-based filmmaker, was a video artist before the term existed. Born in Soissons, France, in 1945, Auder became a fixture on the downtown New York arts scene when he married Viva, one of Warhol’s Superstars, in 1969. Heavily influenced by the voyeuristic qualities of Warhol’s screen tests, as well as the experimental films of French New Wave directors such as Jean-Luc Godard, Auder has obsessively chronicled his life for the past 40 years using portable, low-quality video cameras, beginning with a Sony Portapak in 1970, and most recently with the Apple iPhone. Excerpting highly personal footage from his video diary, Auder has created grainy, often staged portraits of the larger-than-life characters-such as Cindy Sherman, Cookie Mueller and Larry Rivers-with whom he spent his time.

Auder became a friend of the American painter Alice Neel in 1975. After her death in 1983, he made a short video collage incorporating vignettes filmed during their meetings. The portrait, which was never screened, lay dormant until 2000, when curators at the Philadelphia Museum of Art learned of its existence. They gave Auder money to finish what became two revelatory and tender portraits—Alice Painting Margaret, which documents Neel’s creation of her iconic work Margaret Evans Pregnant (1978), and Portrait of Alice Neel, which compiles various scenes of Neel attending parties, chatting with friends, and philosophizing about life. The films accompanied a traveling retrospective of Neel’s work. Both have subsequently been screened at numerous venues, most recently at Auder’s gallery in Berlin, AurelScheibler/ ScheiblerMitte.

A.i.A recently caught up with Auder at his studio in Williamsburg.

BRIENNE WALSH: When did you first meet Alice Neel?

MICHEL AUDER: I met her when she was 75 years old, just socially. She was sitting in a chair at a party, and going “Oh, you have such a long nose! Look at it, it’s amazing! And that chin, like a Roman emperor!” She would do that to everyone. “Oh, look at your legs, they’re beautiful. And that bulge between them, oh my God!”

I asked her if I could film her, and she said, “Yes, of course!” So I made an appointment with her, and I went uptown to her apartment on 107th Street and Broadway, in what was then Spanish Harlem. I brought my friend Taylor Mead, who was an actor and poet and writer. He knew about a lot of things, and he was a good buffer for the conversation with Neel.

AUDER: I set Mead up in front of the camera with Neel, and they just hung out together while I filmed. We sat down and had a few drinks. After the first session, I realized that I didn’t just want to meet her that one time. I don’t like to do someone’s portrait if I don’t know them very well. So I kept on filming her.

WALSH: How much time did you end up spending with her?

AUDER: I usually went up to see her once a week-sometimes less, sometimes more. We went on vacation together, to places like the Bahamas, and we hung out. She invited me to go away with some collectors, and I took her to lectures where she was speaking, kind of like an escort. I pushed her around in a little wheelchair. She could walk, but she liked to sit in this wheelchair, because she got special attention. We would wait at the airport, and they’d let us board the plane first, and she would say, “See, this is good!”

WALSH: And she liked having handsome young men around?

AUDER: Yeah, she did. She always drew people to her. She would just sit at a party, and go on talking about herself, talking about other people, about how life was so horrible because people were poor and they didn’t have any food. When I filmed her, I got a really good sense of how she worked. She let me film her while she was painting Margaret Evans, a pregnant woman we both knew who lived on the Lower East Side.

AUDER: No, she had a lot of people around her, all the time. She had a daughter-in-law, Nancy, who was always cooking and running errands. She lived three or four blocks away with Neel’s son, who was a lawyer, and their children. Neel also had another son who was a doctor, and lived on a big farm in Vermont.

WALSH: In your films, you get the sense that Neel’s apartment was more of an archive for her work than a space to live in. What was it like when you were there?

AUDER: The apartment was her castle, and it was a big mess. Cockroaches ran everywhere; the paint was peeling off the ceiling, and the walls were falling apart. The rooms were filled with works because she didn’t sell any of her paintings for a long, long time. Some rooms had shelves that were three levels high. Despite the clutter, she knew exactly where everything was.

WALSH: After Neel died in 1983, what did you do with all of the footage you had taken?

AUDER: I made a portrait of her then that was 40 minutes long. It just slept there, in my studio, for a long time, like a lot of my work. Then the Philadelphia Museum of Art put together a big retrospective of Neel’s work, and they found out about my short film. I said that if they were going to show it, I wanted to add to it, so they gave me some money to finish it up. At the time, I didn’t know how long it would be.

WALSH: I know that you have remained close with Neel’s family, through her foundation and through her grandson Andrew, with whom you recently made a three-hour video called The Feature, which played at the Anthology Film Archive in 2010. Can you tell us a little bit more about that work?

AUDER: It’s a fake story of my life. It is illustrated with the videos I’ve kept in my archives over the years. Andrew and I filmed myself as a composite artist who is really successful, kind of an asshole living the life. I used wealthy collectors’ wives and their houses and their cars to create the character. It’s an outsider’s look at the world of a successful artist.