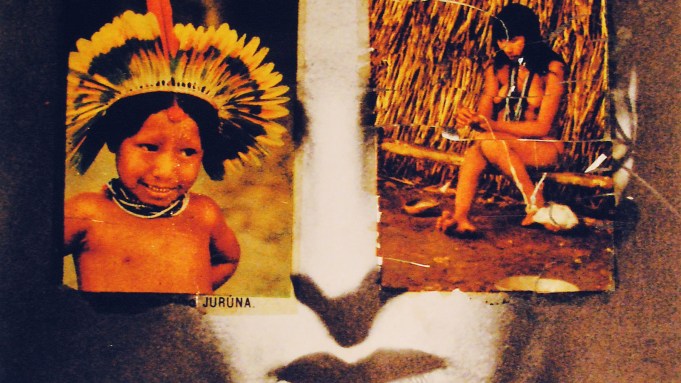 Can developments in postwar photography be gauged in geopolitical terms? An ambitious survey of Latin American photography at Paris’s Fondation Cartier pour l’art contemporain attempts to find out. Organized in collaboration with the Museo Amparo in Puebla, Mexico, “América Latina 1960-2013” (through Apr. 6, 2014) encompasses some 500 works by more than 70 artists from 11 countries. Covering a period of great social, political and cultural upheaval throughout an enormous geographical area, the exhibition centers on works integrating text with images in order reflect the mood and spirit of their times.

Assembled by a curatorial team led by Isabelle Gaudefroy, Ángeles Alonso Espinosa, Hervé Chandès, Alexis Fabry, Leanne Sacramone and Ilana Shamoon, the works on view include traditional photographic prints as well as experiments with collage, film, performance, video and installation. The exhibition examines the distinctions and similarities that characterize Latin American photography produced over the past 50 years.

Gaudefroy, the Cartier’s director of programming and artistic projects, spoke recently with A.i.A. by phone about the exhibition, its aims and implications.

DAVID EBONY “América Latina” covers such a vast subject—vast in terms of geographical area, time period and thematic concerns. Did you set out to mount a comprehensive survey of Latin American photography since 1960?

ISABELLE GAUDEFROY We wanted to present a wide range of works covering the past 50 years, and include artists from different generations with many different approaches to the photographic medium; but the intent was not to present a comprehensive overview in art-historical terms. We wanted to show the various ways that Latin American photographers have used the medium to comment on their times. It is an historical show on one level, but the emphasis is on how Latin American artists have commented on the world around them, using photography. And the unifying element of the exhibition is the use of text in photographic practice.

EBONY Is photojournalism central to the show?

GAUDEFROY The way we look at Latin American photography is very often through photojournalism. Here, though, the wide curatorial approach highlights artists who would not normally be described as photographers. There are photojournalists included as well, but there are also many artists whose use of photography is just one aspect of their oeuvre. And some artists in the show use it only indirectly. There are documentary photos from performances, for instance, such as those by the Argentinean artist Luis Pazos.

EBONY What would you say the exhibition reveals about photography as a means of expression that is specific to Latin America?

GAUDEFROY One part of the show, for example, features artists whose work centers on the idea of territory. They question the notion that Latin America exists at all as a cultural entity. What is Latin American photography? What does it mean? Many works in the show address these important questions. Brazilian artist Regina Silveira, for instance, uses enlarged jigsaw puzzle photo pieces to create maplike constructions that comment on sociopolitical and geographic issues specific to Latin America. Using a totally different approach, Claudia Andujar’s studies of the Yanomami tribes of the Brazilian rainforest are highly charged images that are also part of a sociopolitical discourse. They address territorial conflicts specific to the region, but these issues certainly also have wide-ranging, global implications.