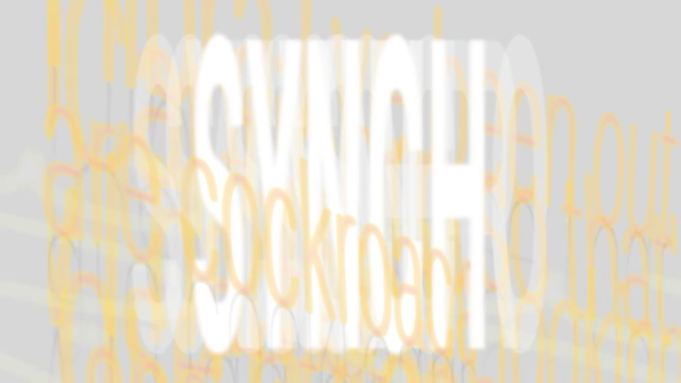 The means that Fayetteville, North Carolina-based artist Brandon Covington Sam-Sumana uses to produce work under the name N-Prolenta are just as expansive as the inquiry. Though best known as a musician, Covington is dedicated to a larger multimedia performance project called Black Hydra’s Discharge Springs Forth Errantly From Her Many Mouths (2014-), which engages in a critique of the transatlantic slave trade, inescapable commodification, and the networked information ecology that formed and reproduced the historical foundation of the African diasporic experience. Covington began the project after leaving the neuroscience program at the University of Rochester in 2014 and returning to their hometown to focus on art.

Black Hydra addresses a wide range of topics in the spoken sections of its musical and video materials, as well as in the statements released with its various parts, such as vinyl records and digital artworks. These topics include the connections between queer embodiment and racialized intergenerational trauma. The track “Bref (denise, beside herself),” which appears on the 2016 EP A Love Story 4 @deezius, neo, chuk, e, milkleaves, angel, ISIS, + every1elseâ??.â??.â??.â??. and most of all MY DAMN SELF, features poetry by Manuel Arturo Abreu. The music video for an earlier song, Hyperion (2015), espouses New Age philosophy equally inspired by Oprah and fifth-dimensional physics. Composed of protean sound design, re-engineered R&B samples, club beats, and software-processed viola, A Love Story 4 presents a feverish, chthonic hybrid of noise and melody reflecting the promethean nature of the project as a whole. Along with the record, Black Hydra also encompasses a crowdfunding initiative to provide monetary reparations for black Americans and a set of works to be released privately to project backers, from a recording of orated poems to a series of site-specific, performative installations yielding unique art objects, produced with a crew of collaborators.

While it’s tempting to draw the diverse facets of Black Hydra into a cohesive narrative, it’s not possible to do so conclusively. Covington’s project embraces its own messiness. Process and result mix in morphing combinations, and from this germination of ideas emerges another experience of performance, one that crosses platforms and disciplines in a contemporary gesamtkunstwerk. I spoke with Covington over Skype and e-mail about the origins and futures of Black Hydra.

ALEXANDER IADAROLA  Tell me about the beginnings of Black Hydra.

BRANDON COVINGTON  It began in late 2014 as a project called Fragmentary Tectonics of a Non-State World, based on research into information ecology, the ways that ideas and information are distributed across the globe. In thinking about information’s relationship to commerce, I did some investigation into the literature on financial futures and strategic foresight. Projections in those fields inform many of the long-range decisions that companies make, and those decisions alter financial environments, creating new data for strategic-foresight firms to make speculations. This is a feedback loop, one that is highly capital-driven.

During these earlier stages of this project, my understanding of the relationship between commerce and information was mostly based on reading. To move forward, I thought it would be a good idea to cast myself as a one-person foresight firm to see if my observations held up to experience. I started small by implementing a single speculative scenario: the end of nation-states as an effective political body. That speculation appeared in nearly everything I read, so it seemed to be a trend among trend forecasters. I also felt that the failure of the nation-state is prefigured in the rise of reactionary populist politics in the West and non-state actors, like transnational corporations, that exert increasing influence over government policy.

What I found useful about the title Fragmentary Tectonics was how it spoke to the ways political factions and non-state entities shift like plates of the Earth’s crust atop the sloshing magmic lifeblood of capital flows. But I chose the title Black Hydra after thinking about who I am in that speculative “non-state world.” The title is not a descriptive one, but rather represents the accumulated actions of living beings. The Hydra is multi-headed. She regenerates and safeguards herself when slighted. She is terrestrial, but also oceanic. This new title creates a space for reparative work, to compensate for the damage done to people with identities like mine.

IADAROLA How would you characterize your approach to sound? While one can identify connections with some of your music-making contemporaries in terms of approaches to dissonance, noise, and expressivity, it’s clear you’re working on your own trajectory.

COVINGTON  My work isn’t ever really constructed against or in response to the present we’re in. It’s constructed through, with respect to, inside of, and in accessory to the now. I’ve been lucky enough to live during a period where there is near-unfettered access to whatever information I want, whenever I want it. There is no longer such thing as complete erasure or dissolution; things that are no longer visible have only just been moved out of view. My sound work responds to this condition, and so I’m dealing with concerns of configuration, structure, and temporal relationships. Sound is a way for me to expedite the delivery of ideas and narratives that might take many months to communicate verbally. My sounds are more like talismans than songs.

IADAROLA  Can you give an overview of Black Hydra‘s main lines of inquiry and how its interrelated sub-projects connect to its overall concerns?

COVINGTON  The legs of this project-the reparations crowdfunding initiative, the Love Story 4 record, and a tentative installation project-are of a speculative nature. By even being aware of the project, you’ve engaged in an appraisal of the genealogical, material, and spiritual turmoil that my ancestors and other victims of the transatlantic slave trade have suffered.

IADAROLA  Let’s talk about the visual aspects of Black Hydra. How would you characterize your approach in this respect?

COVINGTON  My approach to Black Hydra‘s visual material has much in common with my approach to sound. It’s very linguistic, a product of the hysterias surrounding me. It’s very data-driven. For my EP cover, I used an algorithm to determine the most prominent shadows on my face in a photograph lit harshly with my phone’s flashlight, and then used software to fleck them gold. In the future, I’d like to extend the focus past my own body, but in these early stages, it’s all I’ve had access to. We’ll see what providence allows.

IADAROLA  Tell me about Black Hydra‘s installation project. What do you have planned for it?

COVINGTON  There will be a series of unique performances made possible by a portion of the proceeds from the reparations crowdfund, and presented privately to major backers who may elect to open the work to larger audiences as they see fit. For each one, I will stage a multimedia performance with a small crew of other artists on site, and collaborate on a one-of-a-kind art object to be left in the patron’s possession. This will be a physical, tangible relic of the crowdfund’s existence and a representation of the crowdfund’s relationship to specific backers. The live, embodied part of the project is integral to the full realization of Black Hydra, concentrating each of the project’s main lines of inquiry into one space.

IADAROLA  What attracts you to the medium of performance?

COVINGTON  It isn’t attractive to me. It’s more a matter of necessity given the kind of relationship to commodity that black people have, that I have. Because of this, our connection to capitalism that originated with transatlantic slavery will never disappear, it won’t ever be erased. Because of that specifically, it only felt right to frame the entirety of Black Hydra and every connection that I have through this project as an act of performance.

House Haunters: We Asked a Viral Halloween Decor Expert How to Make Any Home Spooky