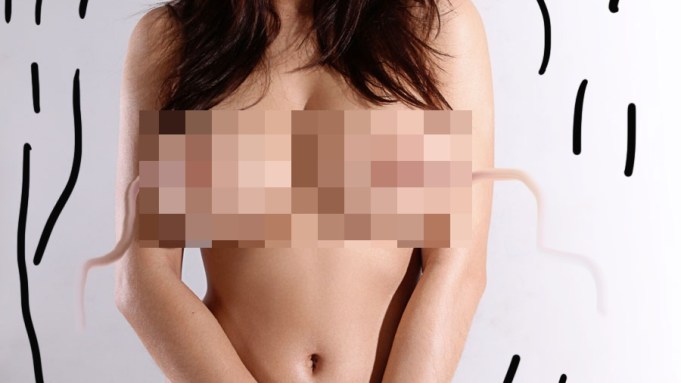 At first glance, ebooks and artist’s books seem the perfect marriage. The multimedia and interactive features possible in ebooks provide fertile ground for experimentation. Images and text can move, expand and contract; they can be combined with video and sound. Multiple layers of information can be immediately revealed, or hidden for a reader to unlock with a swipe of the hand. And whereas the lower price at which ebooks tend to sell is a real concern for publishers of regular texts, art book publishing, with often high production costs and few bestsellers, has never been a moneymaker in any case.

Half of all American adults own an e-reader, according to a 2014 Pew study. The Kindle was released in 2007, the iPad in 2010, and later the same year, Amazon reported that it was selling more digital than physical books. Publishers of artist’s books have been slow to catch up, however; it’s only the last couple of years that you could start buying artist’s books from independent publishers. This is the first in a series of profiles surveying these publishers and the expanding field of artist ebooks.

Brian Droitcour, the editor of Klaus_eBooks, an artist’s ebook imprint put out by New York’s Klaus von Nichtssagend Gallery, has little anxiety that printed matter will become obsolete anytime soon. “I read both books and ebooks, just as I look at paintings and sculpture in museums, but I also go to performances in basements and look at art online at home. Art finds its way into every space and medium, and just because it’s entered a new one doesn’t mean it will abandon an old one.”

Klaus_eBooks was founded in 2012 when the gallery invited Droitcour, curator and writer (for A.i.A., among other publications) to work on their digital programming series, Klausgallery.net. He proposed doing an ebooks series, and Klaus_eBooks was born. Originally intended to release a new title every three weeks, the realities of working with corporate distributors like Apple have resulted in a slower pace. The catalogue currently stands at four ebooks retailing for a couple of dollars each, as well as one app now available only via a jailbroken iPad (it was censored by Apple).

Droitcour is not interested in “work that unambiguously celebrates connectivity-it gets too close to marketing materials for tech products.” This sentiment is apparent in the humorous but sinister undercurrent that runs through the entire catalogue, which doesn’t offer a lot of interactive effects, but instead engages thematically with the digital. Many of the books traffic in the morphing of identity that occurs in certain parts of the Internet; in TG-30, a project of Body by Body (Melissa Sachs and Cameron Soren), short and hastily drawn stories inspired by fan-fiction message boards on the website DeviantArt depict macho policemen growing breasts, or music producer Dr. Luke turning into Camille Paglia. In Deanna Havas’s Template Jams, a collection of loose mood boards for LARP (live action role playing) identities blink and shimmer. These books are neither sleek nor flashy, their clunky aesthetic closer to that of early websites than the tech futurism of, say, Minority Report.

Droitcour spoke with A.i.A. via e-mail about money, censorship and the future of a still-young medium.

KIRA JOSEFSSON Is this a financially viable project?

BRIAN DROITCOUR No. This was the first project I ever worked on with a commercial gallery, so I approached it as an opportunity to think about the kinds of markets that could exist for digital art. Though some artists manage to sell websites, JPEGs or GIFs for hundreds or thousands of dollars, it’s kind of ridiculous, because prices like that assume some kind of scarcity and digital files are easily reproduced. So I started thinking about the ebook market enforced by corporate powers like Amazon and Apple as a venue for selling digital art, one where it could be sold cheaply in potentially infinite editions.

JOSEFSSON The heft of these corporate powers was demonstrated quite clearly when Apple censored Ann Hirsch’s Twelve, which details a romantic relationship between a 12-year-old and a suitor more than twice that age, and which the company said was “excessively objectionable or rude.” Is it not possible to sell these books through other vendors, or are ebooks subject to the caprices of big tech companies?

DROITCOUR After Twelve was censored we became aware of alternative channels for distributing ebooks, but we decided to go through with our idea to produce a limited edition of Twelve. It’s probably worth noting that Twelve was an app, rather than an ebook, and we were told that it would have an easier time passing censorship on iBooks than in the app store. I’d say Body by Body’s TG-30 is far raunchier and nastier but we’ve never been contacted by censors over it—though I did some self-censoring, asking the artists to remove some penises and nipples before we submitted it to Apple.

So, we were aware of the limits of the freedom of expression going into it, but I’m interested in the issues this raises about contemporary political life-how participation in the digital commons of social media means agreeing to corporate terms of service that have nothing to do with legally protected rights. Of course, an imprint of artists’ ebooks isn’t going to do anything to actually change or improve this situation-I’m just interested in how the ebook as a medium is specific to this socioeconomic system. I guess that’s another reason for the dark undercurrents of the series.

JOSEFSSON Your catalogue takes a lot of cues, aesthetically, from Web 1.0, something that could be read as a nostalgic comment on the ebook medium as the future.

DROITCOUR  I’m not sure if I’d say it’s related to Web 1.0, beyond Ann Hirsch’s use of AOL circa 2000 as a narrative setting and visual environment; I think it’s closer to the vernacular visual cultures of the web today, what would be called “poor images” by Hito Steyerl or “weak images” by Boris Groys. So I don’t think it’s nostalgic, but it’s not forward-thinking either, not in the sense of a techno-utopianism that celebrates the promise of ebooks. It’s more about the affective engagement with media and telecommunications, which isn’t specific to any particular time period, though I think the intimacy of reading an ebook—holding the reader in your hands, your attention focused on it, touching the screen to turn the page—makes it a particularly good medium for thinking about these themes.

The ebook is to the 2010s what the CD-ROM is to the 1990s—it’s a format that is newly popular and lots of people are excited about it now, but we have no idea whether it will still be in use 10 or 20 years on. So for me the project is more about the ephemerality of media in the present than the aesthetics of the past or future.