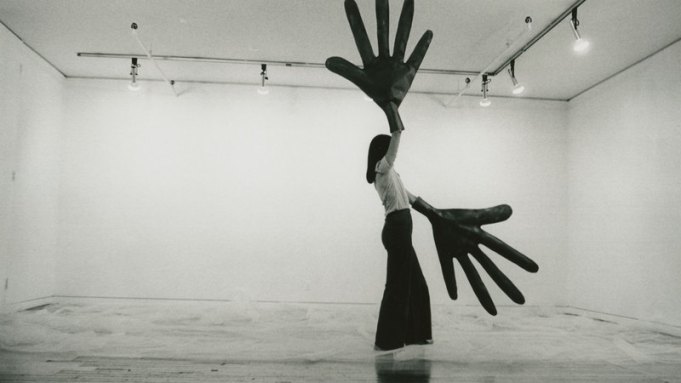 Before “downtown” moved to Brooklyn, it was in SoHo, whose loft spaces spawned the alternative theater and art performance of the 1970s that came to define what it meant to be avant-garde in America.

Curated by Jay Sanders, “Rituals of Rented Island: Object Theater, Loft Performance, and the New Psychodrama—Manhattan, 1970-1980” (Oct. 31, 2013-February 2014) presents the work of 20 artists from this era, some canonical figures like Vito Acconci, Laurie Anderson and Richard Foreman, and others less well known, such as Jared Bark and Julia Heyward. The show will include archival film and photographs as well as re-creations and new performances.

The opening of the exhibition, the first Sanders has organized in his full-time role at the museum, will coincide with Performa 13, the performance art biennial (Nov. 1-Nov. 24) and “Radical Presence: Black Performance in Contemporary Art,” at New York University’s Grey Art Gallery (through Dec. 7) and the Studio Museum in Harlem (Nov. 14, 2013-Mar. 9, 2014). Sanders was one of the curators for the Whitney’s biennial in 2012—a performance by British-born choreographer Sarah Michelson won that show’s $100,000 Bucksbaum Award—and was appointed the museum’s performance curator that same year.

Sanders spoke to A.i.A. in the Whitney’s café.

PAUL DAVID YOUNG Another title for your show might be “When New York Was Cheap and Every Starving Artist Could Afford a Loft.” SoHo, the milieu and time that the exhibition deals with, as you know, evolved into a saga of urban real estate. Is there any connection that you see between the exhibition you’re putting on and the Whitney moving to its new space in the Meatpacking district, formerly a home to artists, prostitutes and sex clubs? What was once bohemia is now a place where this very well-funded institution feels comfortable.

SANDERS You’re reading that correctly. There’s a lucky place in time in SoHo, in the ’60s and ’70s, when space was abundant and accessible and cheap and it was a real artist community. Even in the narrative of the show, the kind of gentrification of SoHo from the ’70s into the ’80s meant the artist community in a lot of ways moved to the East Village and that scene emerged as SoHo became less and less feasible.

YOUNG In connection with the exhibition, there will be some artists re-creating or revisiting their performance works from the ’70s. Is there a curatorial stance that you are taking with respect to this exhibition regarding re-performance or re-enactment?

SANDERS I’ve tried to work really closely with each artist to assess what would convey the work most interestingly and most vividly to the public, but then also follow their directives. Michael Smith wants to create an installation that allows props and vintage objects from the performances to be in dialogue with video and other media. He’s devising a performance that will remix and re-look at motifs from these early performances and re-perform them in a meta way. This is obvious, but none of the original work is there. It’s all ephemeral. The time, the place, everything about it has shifted.

YOUNG But you yourself are agnostic on the question of re-enactment or re-performance?

SANDERS Yes. I’ve seen things that have really worked amazingly, where you feel that you are certain that you’re getting the spirit of the work as it may have been. And I’ve seen things where it’s just this dutiful flop—vacant re-enactment. I think it’s all in the way it’s done and who’s doing it and the context.

YOUNG I noticed you were veering off into what is usually considered theater by including Richard Foreman and Squat Theatre. Is theater history part of art history?

SANDERS I can answer in a few different ways. In one sense, I did feel when I was surveying this moment, there was a lot of natural interplay with Richard Foreman or Squat Theatre or Robert Wilson or Mabou Mines, which isn’t in the show. In this hybrid time the artists were co-mingling in a dialogue that was pretty open between forms. In another way I feel that theatricality is such an, unfortunately, dirty word in the art world, and it goes back to Michael Fried writing about minimalism and all this—that somehow to call something theater or theatrical has this negative connotation. To me, there’s performance work that travels well in mass media and in art history and speaks to narratives about de-materialization or certain kinds of body art. There are artists like Chris Burden or Tehching Hsieh where it can be a dare-devilish thing they do and then it’s a simple narrative.

YOUNG How did you decide where to draw the line, given that there’s such an abundance of performance of all different kinds in the ’70s in New York?

SAUNDERS I guess for this show I’m interested in the minute-by-minute permutation of the way a person interacts with objects and all these subtle theatrical things, like their stage presence and their demeanor and the way the set is and the way the lights are. All the stagecraft really plays into it. I guess I want to make a case for theater, for theater artists that were working experimentally here. Foreman was very interested in minimalism and influenced by things outside theater as well, and they were reacting to the late ’60s—the Living Theatre, “Dionysus in ’69,” the Performance Group, and that more bacchanalian, hippie theater, whatever one might call it. For me, the ’70s generation in a way is a little bit illegible in art history because it’s using theatrical tropes so strongly. A lot of artists were resistant to the word “theater” but also resistant to the words “performance art,” and so for them the definition wasn’t as important. To use the terms of theater now is really useful to bring forward performance strategies that have been under-articulated. That’s really at the core of how I came up with this artist list-the mechanisms of theater become key to all the artists.