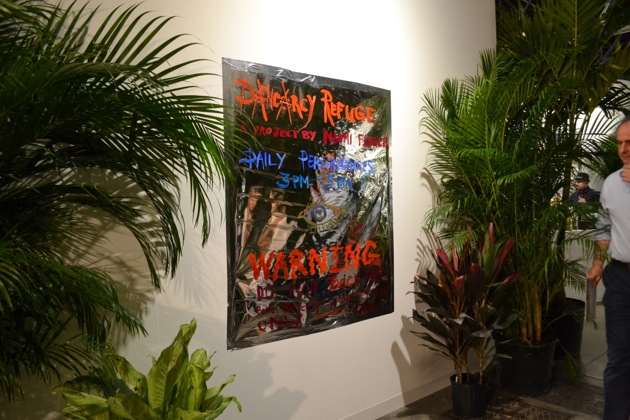 Those who visited Art Basel Miami Beach last year may experience a bit of deja vu at this year’s fair, over in the Arts Nova section, where a row of booths is once again interrupted by an unmarked corridor and quite a bit of foliage. Last year Jim Drain and Naomi Fisher staged a coconut stand, which featured its own impressive botanical accompaniment, with David Andrew Tasman. This year, Fisher has taken it solo, on the invitation of Art Basel, filling it with a bar and paintings that sport dance barres. 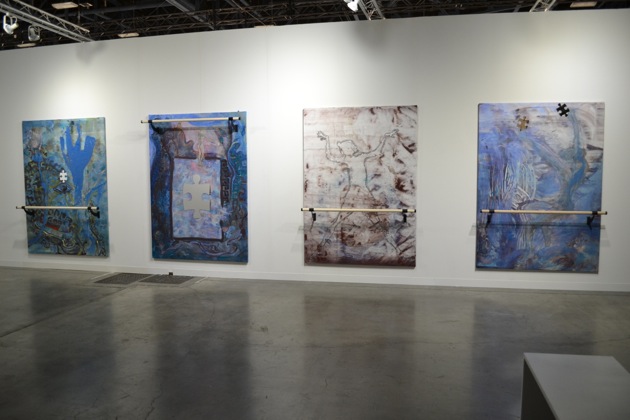 Yesterday afternoon, a few minutes before 1 p.m., Fisher was on hand in the hidden area—a “big donut hole,” as Drain described it last year. “Today from 1 to 5 there will be ballet dancers doing exercises with the paintings on these functional ballet barres,” she explained, as bartenders poured drinks, “and also at one there will also be a rasta guy from my farmers’ market who will be opening coconuts with a machete.” (Another reprise from last year.) 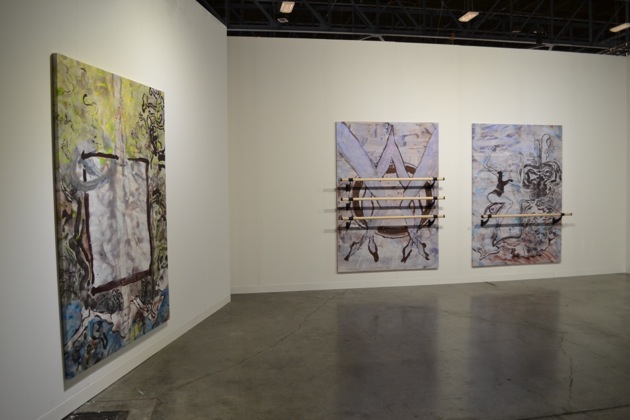 “It’s supposed to start at 1, but I think it’s more likely to be 1:15,” she continued. Naturally, given the crowds of people drawn to South Beach by the fairs, the dancers were have trouble finding parking. 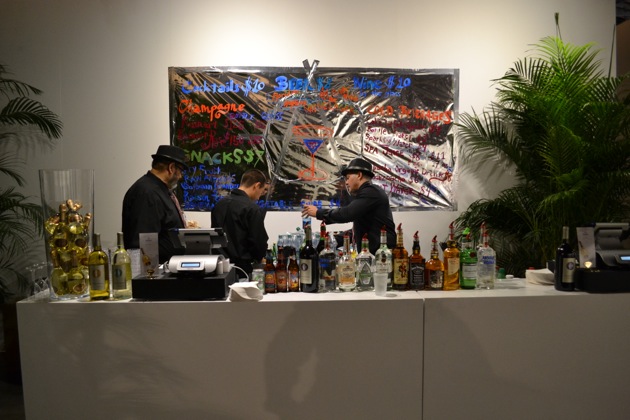 Fisher has been involved with contemporary dance for a little while now, collaborating on a variety of projects with dancers, and even designing the mural at the beloved Lower East Side bar Cafe Dancer. This week’s exhibition at the fair is titled “Dancarchy,” which was also the name of Fisher’s show at the Home Alone 2 gallery in New York earlier this year. “It’s kind of like dance and anarchy,” Fisher said, and laughed. “I made up the word.”

You can find “Dancarchy” between the booths of Messen De Cierq, of Brussels, and Real Fine Arts, of Brooklyn, N26 and N27.