Austin Lee is a New York-based artist who specializes in paintings created using an airbrush that often start as digital drawings made with an iPad. Since receiving his MFA from Yale in 2013, Lee has staged solo exhibitions at Carl Kostyal in London and Postmasters Gallery in New York.

This edition of Consumer Reports follows Lee as he travels from New York to Sweden for a show at the Stockholm outpost of Carl Kostyal. Mysterious Scandinavian signage is considered, Instagram is checked, and bad burgers are eaten. All this while installing a show that features, in addition to Lee’s signature paintings, a custom mural and some 3D printed busts. Take a look below! —John Chiaverina

I put on a mix my friend Cal Siegal sent me. I have to go to Stockholm this week for a show and he thought this would be good to listen to during the trip. First song is Marvin Gaye, “Nothing Like the Real Thing” a cappella. So far so good. Also here is a Spotify version of the playlist so you can listen along.

I check Instagram while in bed. I screencap some images that are interesting. 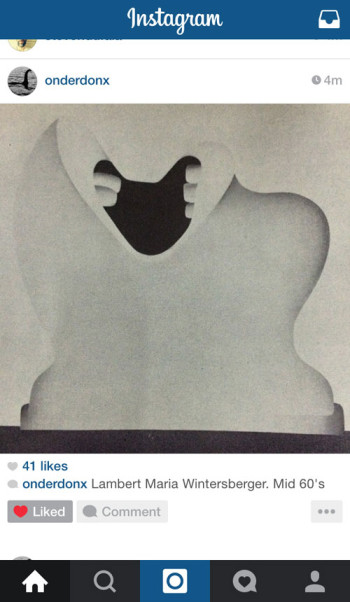 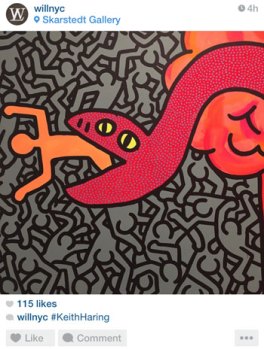 I am still in in bed. I check my email on my phone. A few good ones. Best one is from one of my favorite teachers, Frank Bramblett. He is having a big show at the Woodmere Museum in Philadelphia. The opening is tomorrow and I’ll be in Stockholm. 🙁

I take a shower and start to pack.

I find a lot of cool things while packing. A few old harddrives. I decide to back up my computer before leaving and use one of them as an external drive.

I make my way to the airport. I am still listening to Cal’s mix.

I get to the airport a little early and have some extra time. I go online. I find a few articles I bookmark, hoping to read later. One is called Cartooning the Body.

I get on the airplane. There are no movies I am interested in so I look at their music choices. I fall asleep to Charles Mingus.

At times I wake up. I try to read Nothing If Not Critical by Robert Hughes on my kindle but I don’t get far before falling back asleep.

I notice there is some kind of airplane tracking device in the seat in front of me. The airplane likes to tell us where the airplane is. It is good to know we aren’t lost. I have lost track of time at this point. 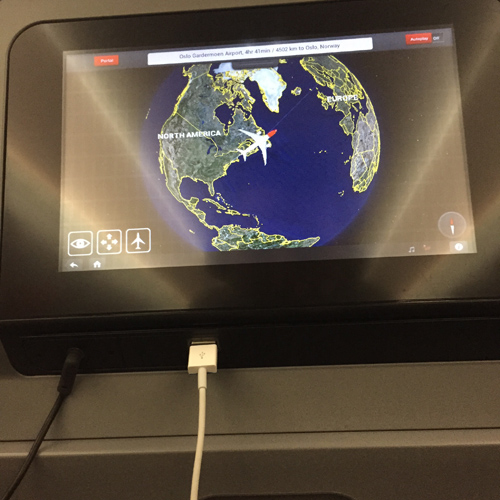 Sunday turns into Monday. The time zones are different so it is confusing.

The airplane has bad magazines.

I have to stop at Oslo. This poster lets me know where I am. Nice sculptures! 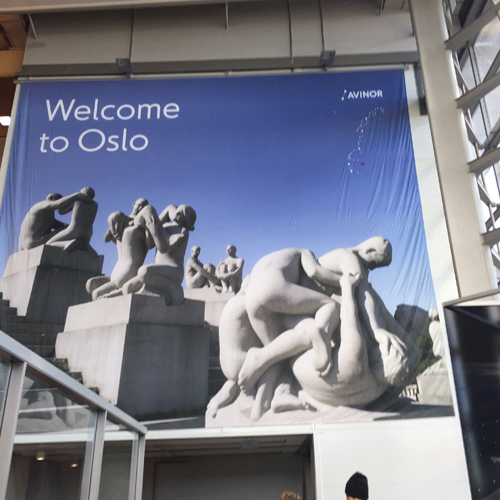 I listen to a new Antony and Yoko song while walking around the Oslo airport. It is about loving Earth. I’m cool with that.

I ask an employee about my flight. They tell me that it is canceled due to a strike. I look at a sign that lists the flights and almost all of them say CANCELED. I might be in Oslo longer than I thought.

The employee puts me on another flight a few hours later. I’ll be in the airport for a while. I better find internet!

I figure out how to connect to the internet and check my email. I get a nice email from my friend Paul DeMuro. He is sharing an essay Dona Nelson wrote. It is really good.

I send an email out letting people in Stockholm know I will be late. Was supposed to meet them at the gallery to plan the show. We decide to wait until the next morning. I check a few websites. Mostly Reddit and Facebook and Instagram.

I finally get to Stockholm. It has ads like this in the subway: 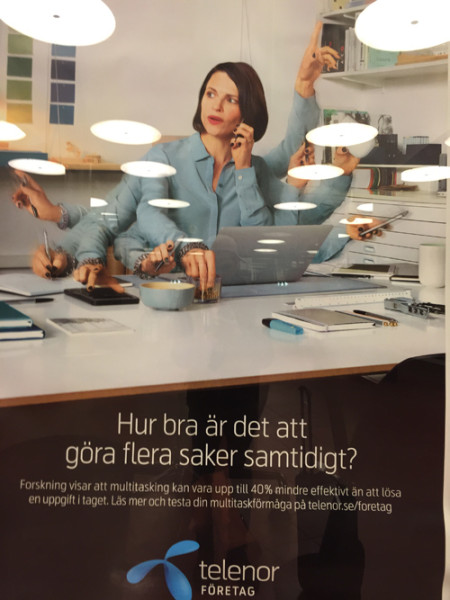 I get to the hotel and check in. I ask the guy at the desk where I can buy socks. He looks online and tells me there is only one place and it closes at 9 p.m. He tells me the name and I use google maps to find it. It is about a 15-minute walk. I rush there and get there with 2 minutes to spare. I buy the socks.

I get back to the hotel and relax a little. The hotel has internet access, which is nice. I try to download some apps that might make my trip easier. Since I can’t speak Swedish I download the Google Translate app. It has a new feature that translates words to another language visually in real time. It’s very impressive but does not work with Swedish. 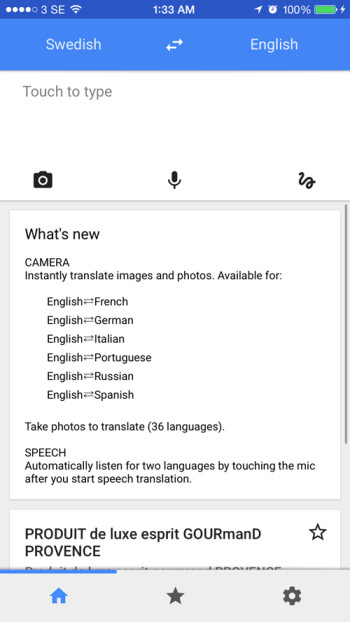 I’m supposed to meet Jim at the gallery at 9:30. I wake up and check the address and start walking over around 8:45. I am still listening to Cal’s mix album. The weather is nice. Stockholm is nice. Everything is good. 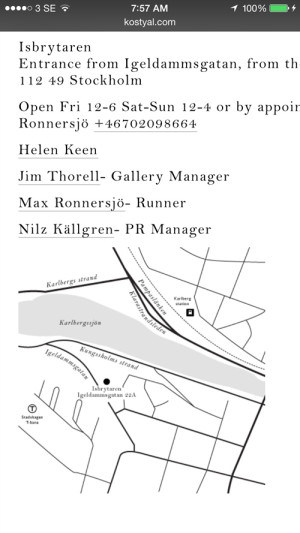 I meet with Jim. The space is huge but should be fun. We find out there was an issue with shipping and the paintings will be late. We decide to delay the show slightly. This gives me some extra time to work on the wall drawings I am planning so NBD.

My internet access is limited to the hotel mostly at this point. I am in the gallery all day painting for most of day. At some point I take a break and go to a cafe with internet access. My internet history says the only thing I did on the internet that day was watch Kanye West perform “Gold Digger” live.

On this day I only work on the murals. My cellphone internet doesn’t work in the gallery space so I put together a mix of songs to download before leaving the hotel. Here are some of the songs.

I take a break for lunch at a pub because it has free internet and upload some images of the work in progress. I order a cheeseburger. It is not good. 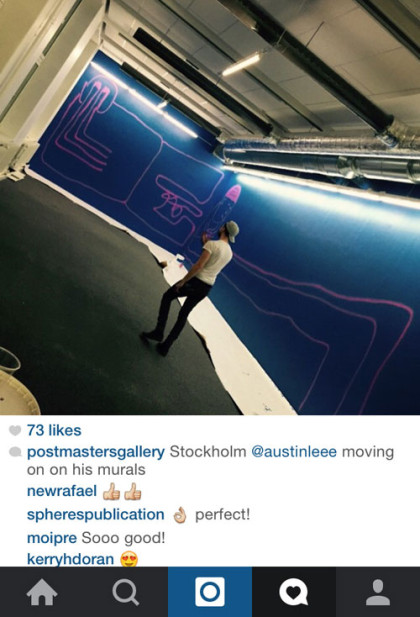 Still have a lot of work to do on the mural so I am mostly just listening to music and painting. I don’t do much else except during a few breaks where I check email and edit some text for the show. I stay in the gallery pretty late listening to Lou Reed.

The murals are pretty much finished. The paintings are supposed to arrive today. Luckily I had made a 3D model of the space using Google Sketchup so hanging should be easy. The gallery put an ad in a newspaper to let people know the new time. 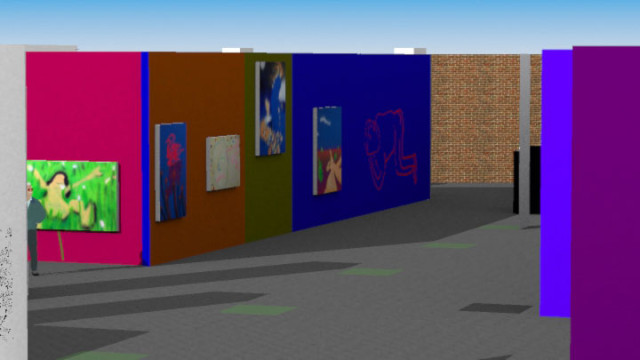 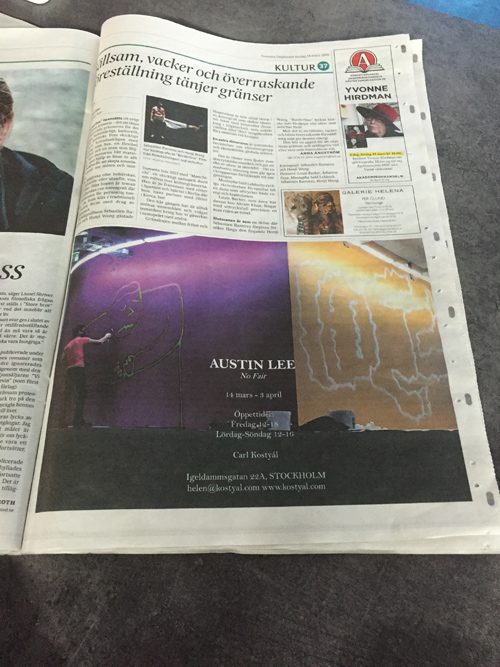 I take a break and meet my friend Olof for dinner at a pub near the gallery. There is a sandwich named after Jay Leno on the menu. I wonder if it is the Jay Leno I am thinking of.

I go back to the gallery and finalize the shelves for the 3D-printed busts.

I meet Olof again and I finally have time to explore Stockholm. We go to the Moderna Museet museum. Lots of good art there. I am surprised to see this really weird Dali painting. 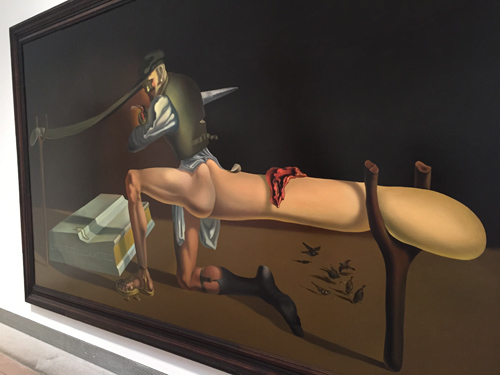 We go to a castle and walk around.

Notice this sign for the show when walking around Stockholm. The date is a little wrong but the sign looks good! 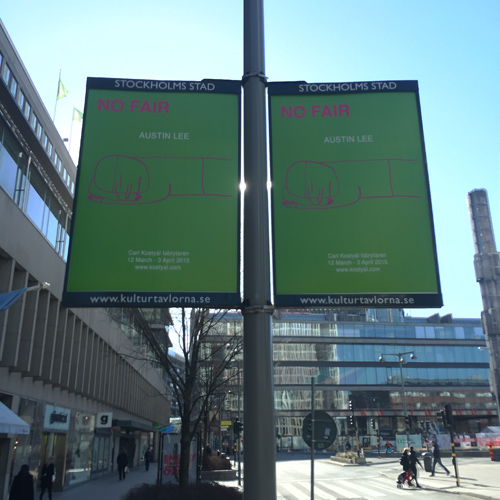 The opening is fun and people came even though it was delayed. It is fun to see photos appear on Instagram. 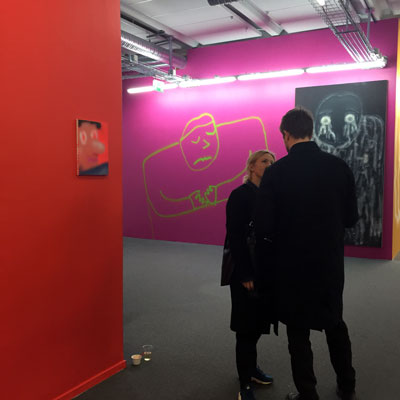 I meet with a photographer at the space and start photographing the work.

I make a quick airbrush portrait of Jim’s daughter before I leave. She was crying because the air compressor was so loud.

I head back to the airport and take the subway. I see a strange video ad.

I check Instagram and notice Jim has posted the drawing of his daughter. Looks good! 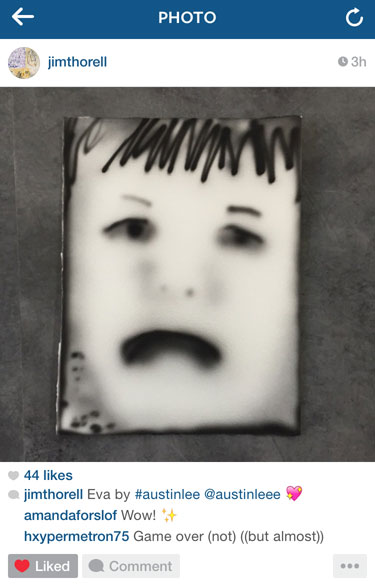 I finally get on the plane. I try to watch a Swedish film called The Hundred Year Old Man Who Climbed Out the Window and Disappeared. It was ok but reminded me of Amelie too much and I only watched it halfway through.

I look for a new movie and find a section called Classics. I sleep instead. 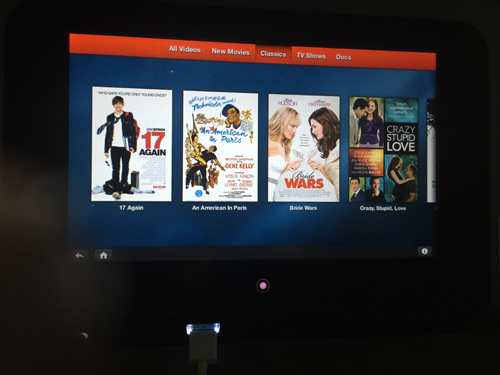