Jamian Juliano-Villani is an artist currently living and working in New York. She has held solo exhibitions at Massimo De Carlo in Milan, Studio Voltaire in London, and JTT in New York. Her work has also been presented in exhibitions at the Swiss Institute, the Whitney Museum, the Jewish Museum, MoMA PS1, and SculptureCenter in New York, and the Hammer Museum in Los Angeles.

JJV’s Consumer Report is filled with time spent in different studios—both her own and those of friends. At the studio of the artist Brian Belott, she is able to procure a VHS of the Jonathan Winters classic Gone Fish’n. The only problem: no VCR. In addition to this plot line, the now classic MTV reality show Jersey Shore is viewed and there is a visit from quite possibly the biggest bug the artist has ever encountered during her tenure in New York City. All that and more below! —John Chiaverina

At this weird restaurant called Cafe Clover in the city, my friend Kimberly Brown is in town, I meet up with her and Heather Flow and Kristen Baker. We talk shit, I order some chickpea hushpuppies (as I’m typing this I’m hating myself for doing so… wtf is a chickpea hushpuppy). I see a huge cockroach crawling on the glass window. We talk about John Waters’s photography and Kristen tells me I should trade with him, I wish, he has no idea who the fuck I am and probably doesn’t care but John if you’re reading this I LOVE LOVE LOVE your loser gift basket. 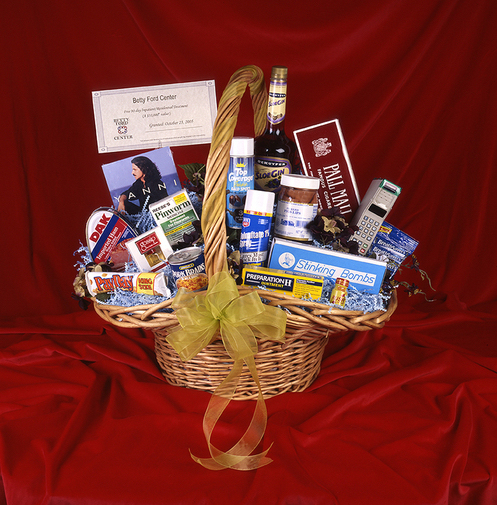 At the studio sweating my ass off. I’m trying to find an image that is the iconic “new england in autumn” thing, like anything from a New Jersey monthly cover. I realize what I’m looking for is a church in Stowe, Vermont and spend an hour looking for the right image. Have Dominic Chambers over for a visit, he’s a super nice dude. 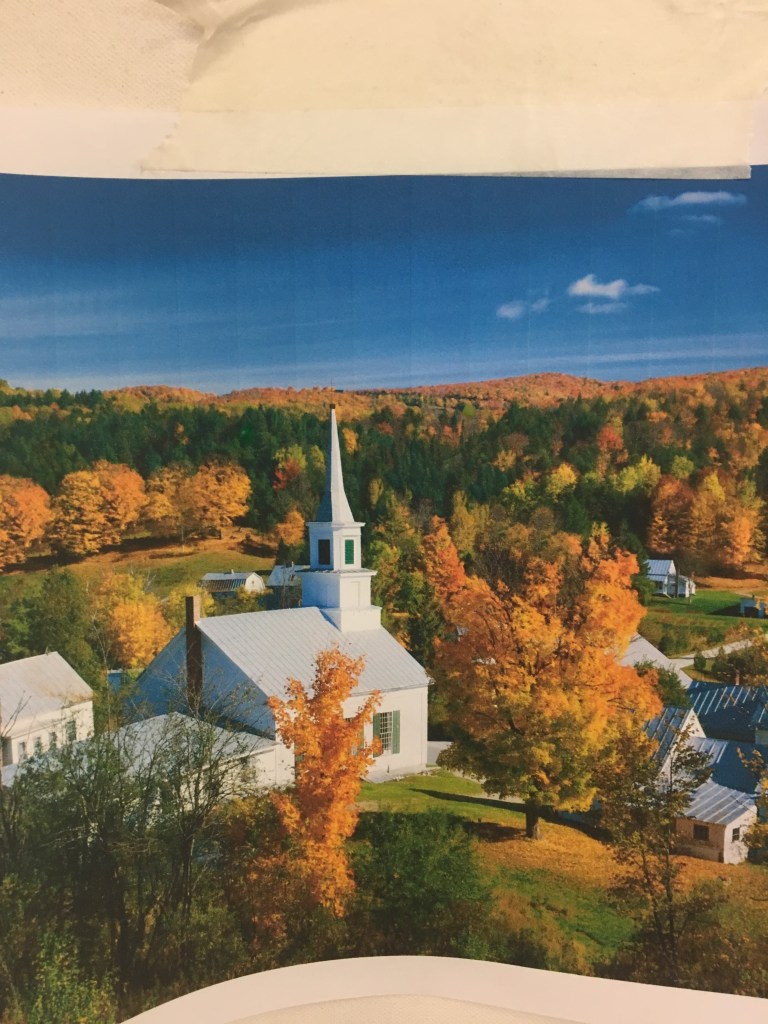 Go to my friend Alex Ito’s show in Brooklyn at Hotel Art Pavilion, it’s cool, in a backyard. I got some shit on my new white jeans. A bunch of friends are there but hard alcohol is not, so I leave. I meet Dale for dinner, then we headed to The Glove (some weird DIY venue where you can smoke inside) and saw some shit band, then met up with Melissa Brown late night in Bedstuy, I was incredibly fucked up at that point.

Slightly hungover, trolled ebay for too long, found this incredible chair. I like it so much because I know exactly what kind of person would have it, like, your mom’s cousin who goes to India every year for a “reset,” has lime green neoprene wine holder, etc. 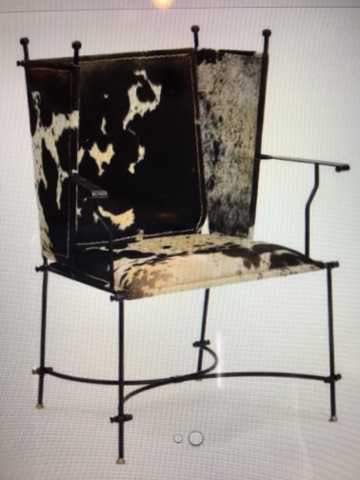 I dragged myself off the computer and I’m now at Strand, it’s been awhile. I used to go literally every other week, now it’s more like once a month. The highlight of my purchases was a book about migraine art–Oliver Sacks wrote the foreword and the book is signed by him (I love when that happens), stop reading the book because I can feel myself getting a migraine. 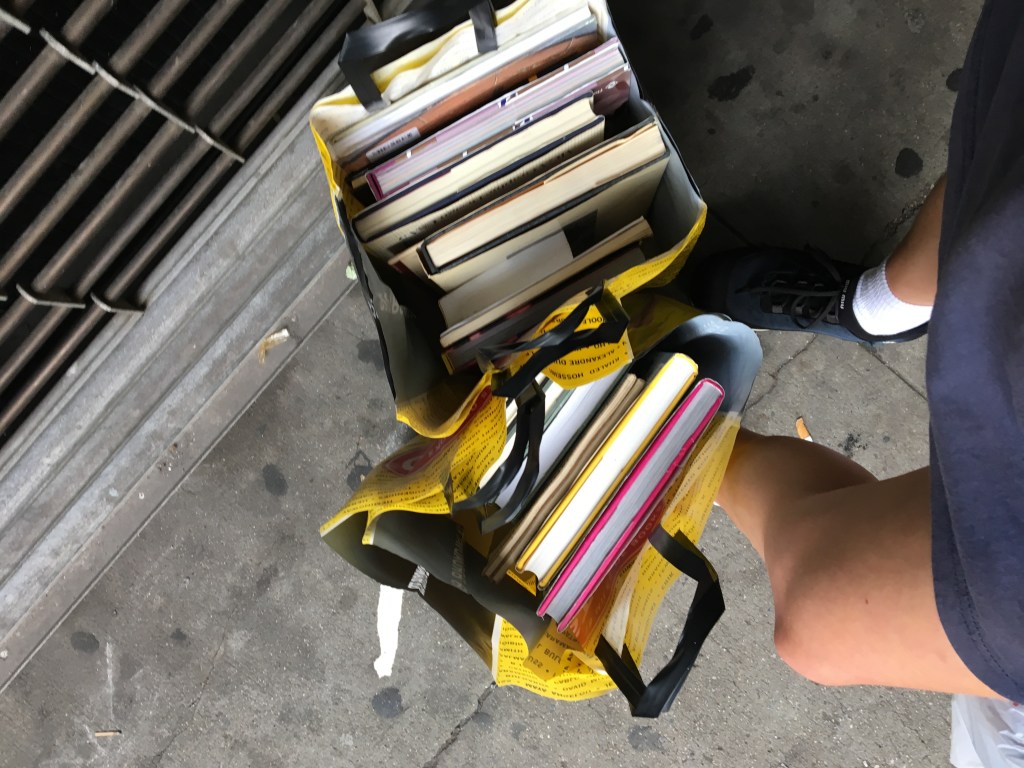 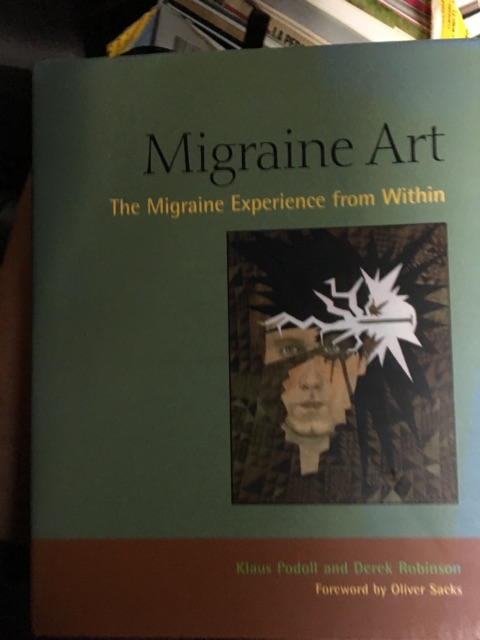 Tanning on Dale’s deck while he writes for Spin, since it’s private I thought I would go topless and realized it only looks good if you have big boobs. I am an anxious person and cannot just “lay down” so I bring over like 15 books to look through for references, here is an earthquake-proof bed from an old National Geographic. 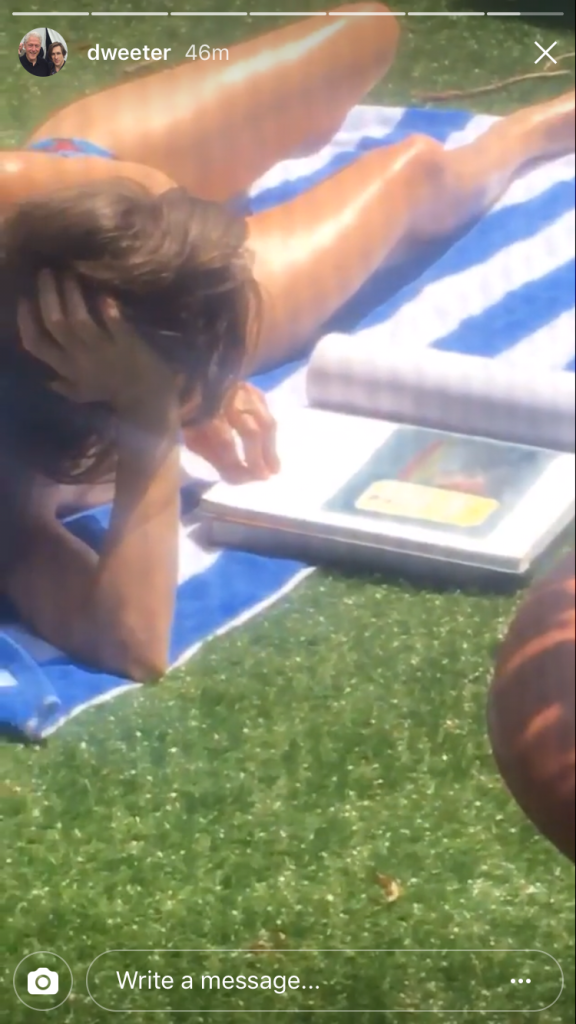 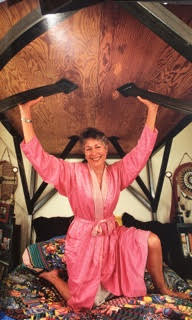 Show up at the apartment of my friends Lauretta Charlton (New Yorker writer, she rules) and her boyfriend, your editor, Andrew Russeth, for dinner. Lauretta is a great cook and so is Andrew, which is why I keep suggesting we eat at their house. She bought a choker and forces me to wear it because I hate them so much, I do it but only for her. 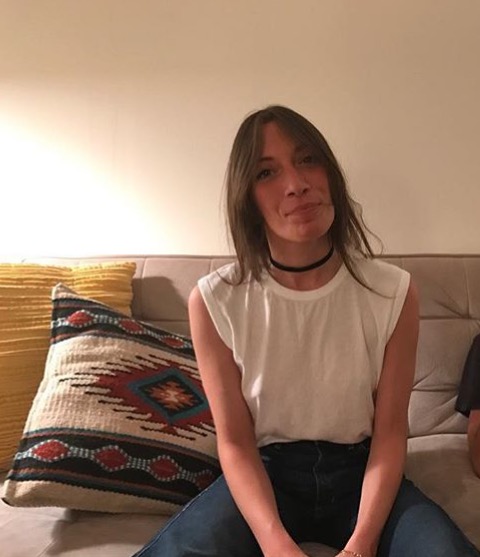 We watch the Teen Choice Awards and I feel so old, but since Dale and Lauretta write about this shit they know who everyone is while I’ve been listening to a decade-old Paul Wall album, Andrew shows up as we’re leaving and tells us he had buffalo wings, super jealous, I haven’t eaten meat in 20 years and I miss buffalo wings the most actually.

Finally get to the studio, go to print something out and I look over and see this HUGE ASS BUG THE BIGGEST I’ve seen in New York… It looked like some Upstate shit. There was no way I was going near it and I really needed the printer, so I texted Eli Ping (he’s on my floor) to come and help me. Of course, being the nice guy Eli is, he comes over immediately and actually takes it outside and sets it free, I personally thought it deserved to die. 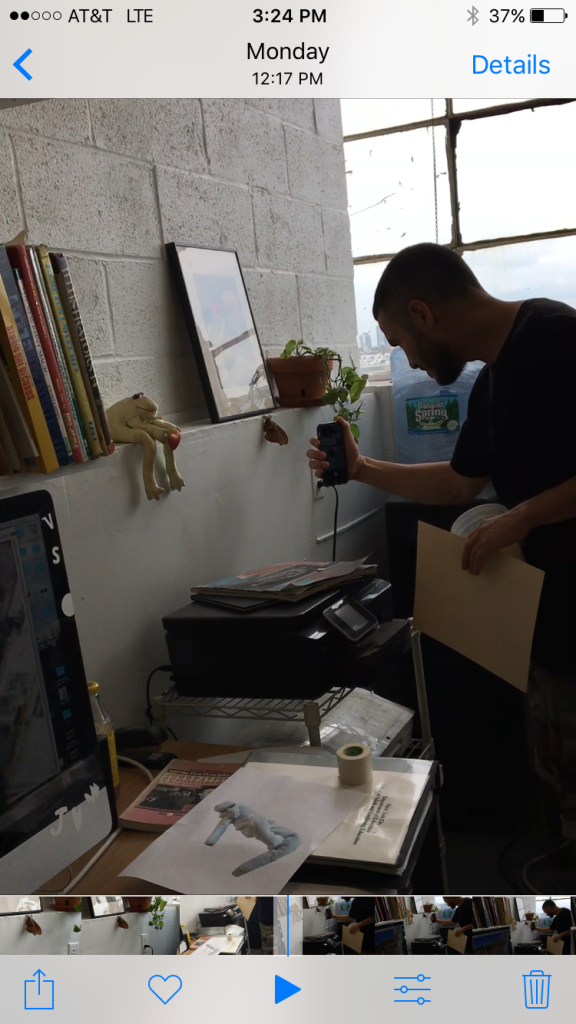 Billy comes over. He and I are looking for some ideas so we go to the weird Chinese wholesale warehouse next to the studio, it smelled like wet blood (like that weird slaughterhouse smell that’s everywhere in Greenpoint), tried to buy a single pair of sneakers, was turned down again.

We head into the LES to meet at JTT to plan for my show. i realized that a) it’s hard to come up with “whimsical” ideas in fluorescent light and b) in front of six other people. 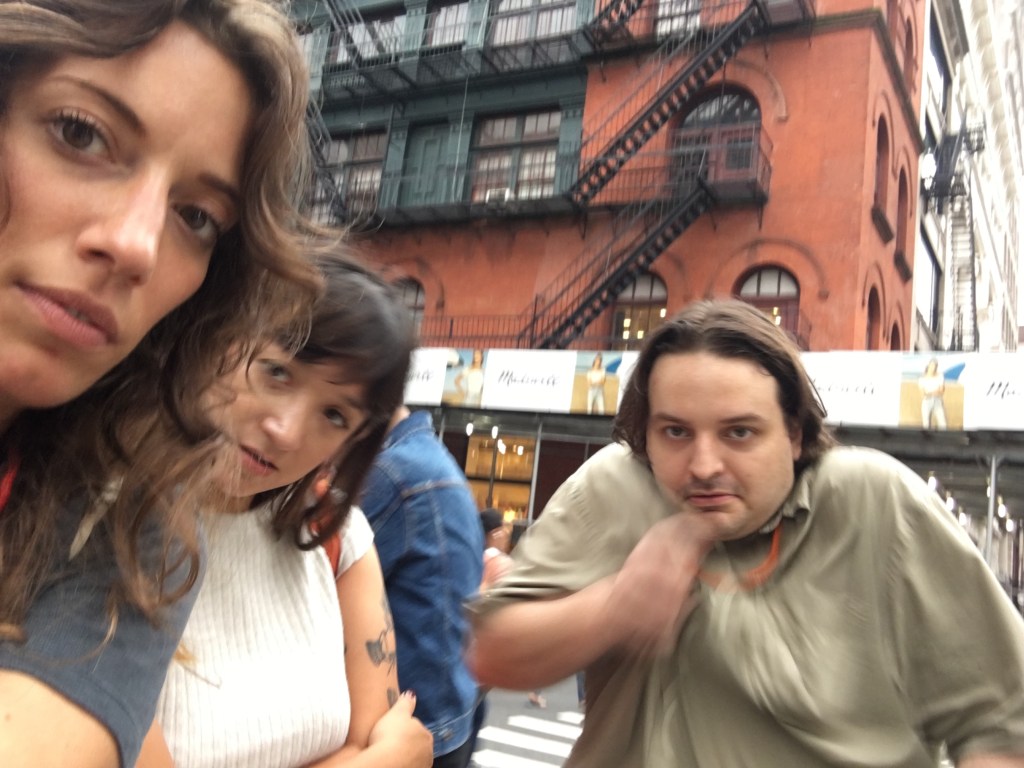 Text Borna because he started putting my actual phone calls on silent (fuck you dude) and meet him at JTT again, he’s using the space as a studio while JTT is closed for August. I make him make me my now favorite shirt that says “I FUCK BACK” and we go to Clandestino for a drink, because I thought the shirt was so cool I wanted to run into someone we know and we did, Sinisia who works at Karma. Also saw this incredible car on the way home. 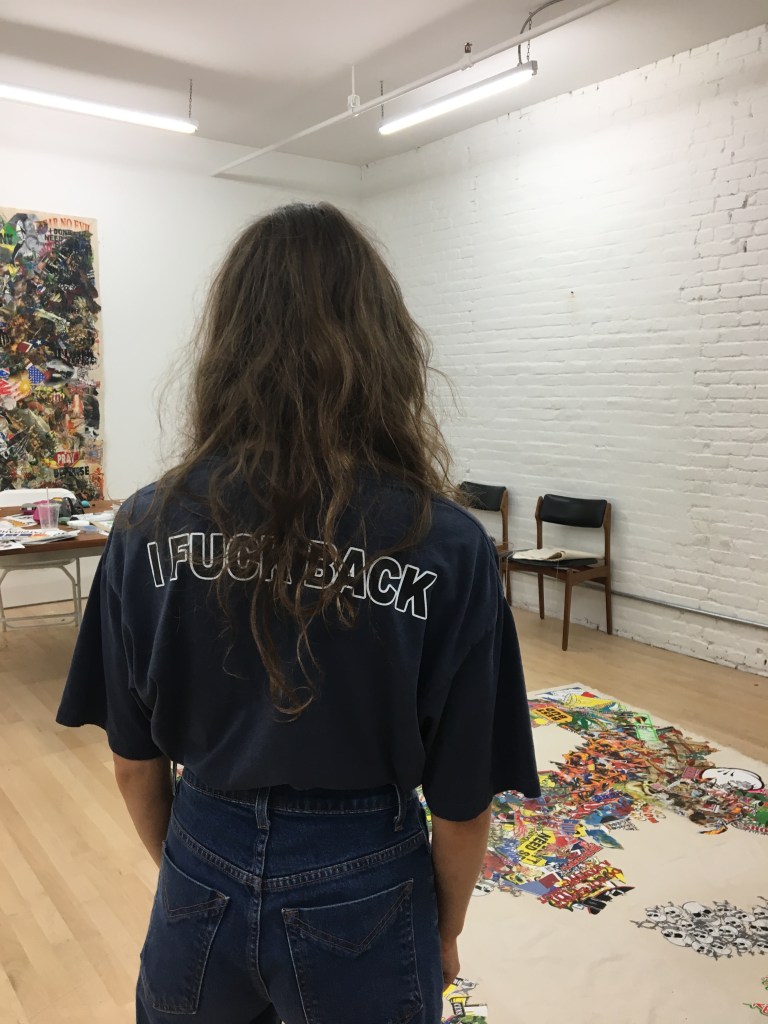 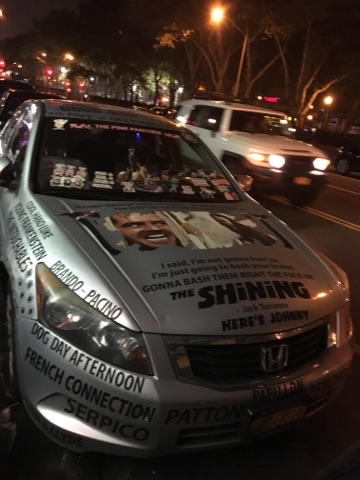 Dale and I head to Brian Belott’s studio in a car. Usually when I go to his studio late night I know where he is so I just kicked the door open and went upstairs. He’s above some weird hair salon and he shares his floor with a tattoo artist with a lazy eye with the actual name Mike Jones, a Jamaican tailor who was on People’s Court and made our clothes for Serpentine, and fellow artist Melissa Brown. Brian just got these incredible parrot training CDs, we listen to those and he lets me borrow his copy of Jonathan Winters’s Gone Fish’n VHS. 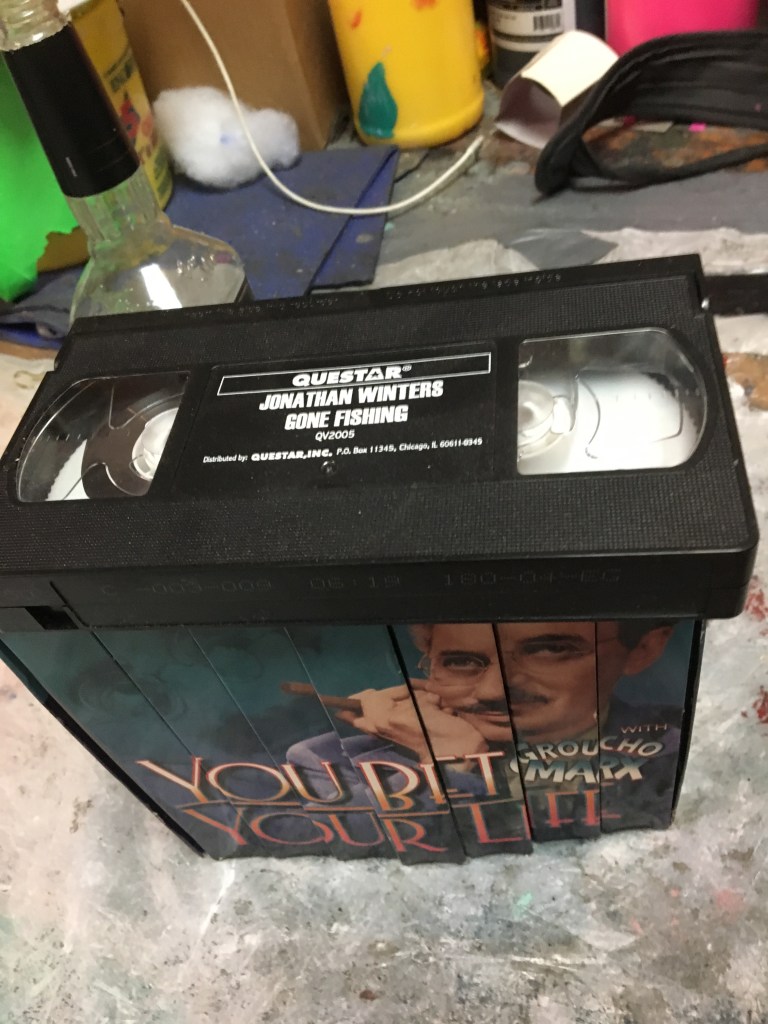 My studio manager Julie comes over to my apartment to go over emails, I have the Jersey Shore on, hard to believe the show is, like, ten years old and still left a huge shitstain on New Jersey. I also kind of love that the one guy goes by the name “The Situation,” pretty self-aware even for an idiot. I wonder what I would call myself, think of a few names that are depressing, don’t say them out loud.

Done with all the normal emails and now Julie and I are working on a blanket I’m doing for Studio Voltaire. This Tiffany lamp is the kind of house shit I’m into right now and would never want to bequest a purple and green blanket on anyone, so we decide to go more subtle, I choose the colors of one of my prized possessions, a Richard Ginori porcelain egg. 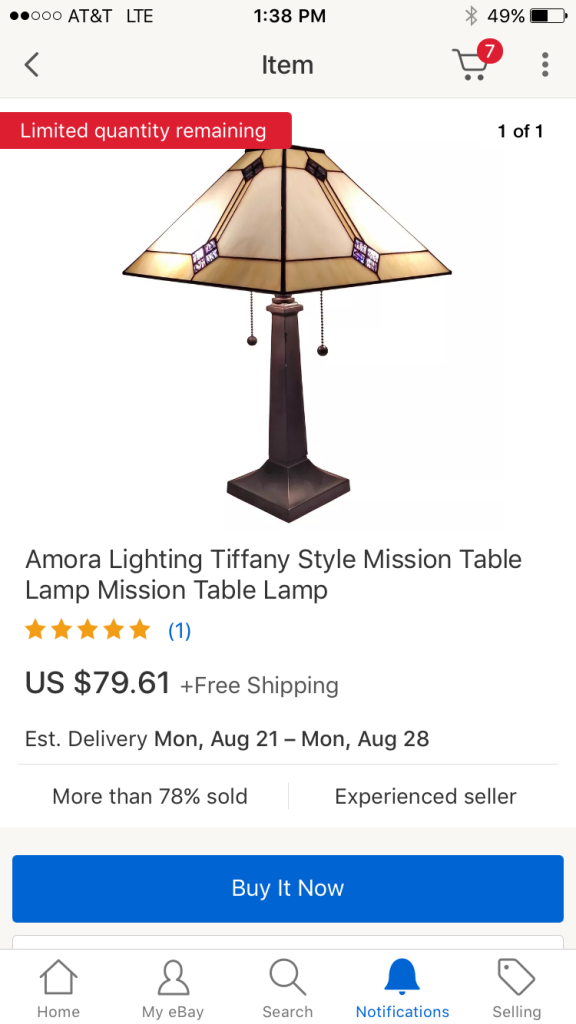 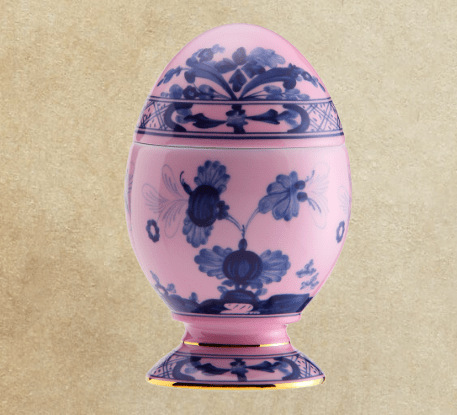 Go to the thrift store in search of a VHS to watch the Jonathan Winters thing, how the fuck does a thrift store not have any VHS players.

Brian Belott meets me at my apartment, we each have two drinks and then get a car to the Urs Fischer opening at Karma, we meet Dale there who is sitting outside the gallery with a bunch of other reporters who actually chill there every day while they wait for their story. I get way too high and need to leave.

I’m editing this and about to send it over to you, John.