We spend one week with the artist in New York as she prepares for a screening of her film PELLA[S] at the Kitchen. Books are read related to the movie, including Deleuze’s Cinema II and toilet paper is delivered via FreshDirect, days late. Plus a meeting with Helmut Lang’s team in regards to a forthcoming collaboration and a lot more! —John Chiaverina 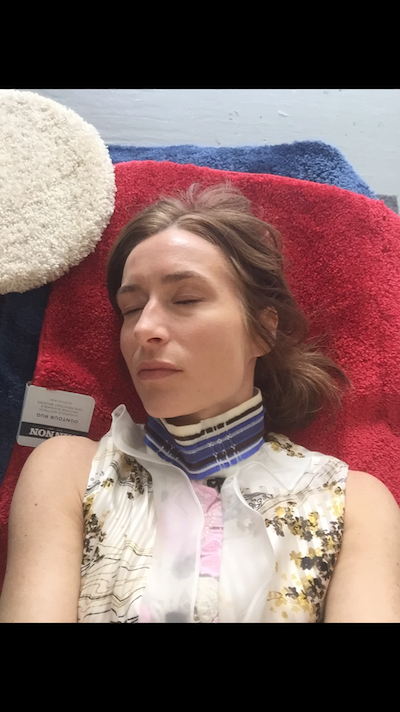 Woke up late as usual. Since it’s a Monday, I’m making an attempt to at least try to catch up with some recent email correspondence. Apparently I have 48,871 unread emails, 78 text messages, and 108 voicemails this morning. I focus on today’s most urgent emails. 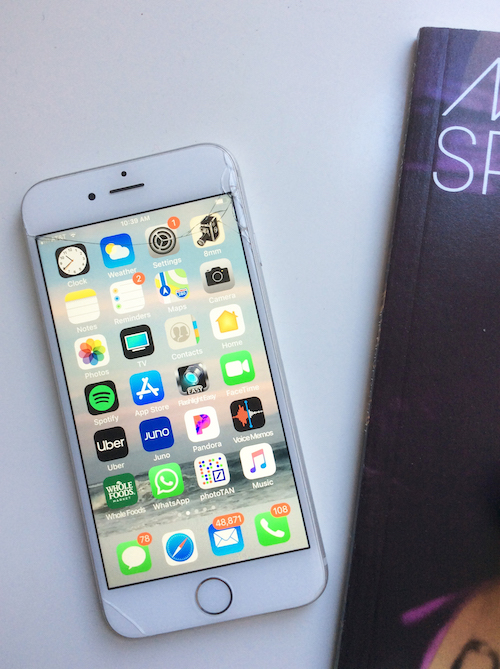 The art adviser to my public art project in Toronto has sent a mock-up of a permanent name plaque that is supposed to be installed near the works. The design reminds me of an Illy coffee label which is perfect, since that’s what I’m drinking every morning. I asked them to correct a typo on my last name. 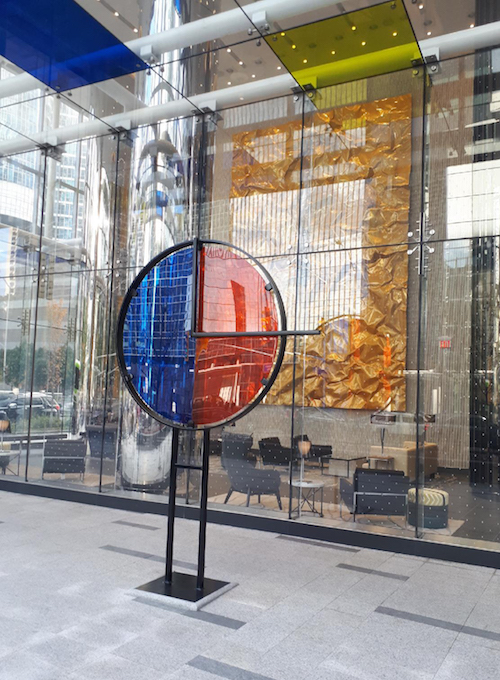 I open a WeTransfer with images that the photographer of my installation at Timothy Taylor gallery sent last night. 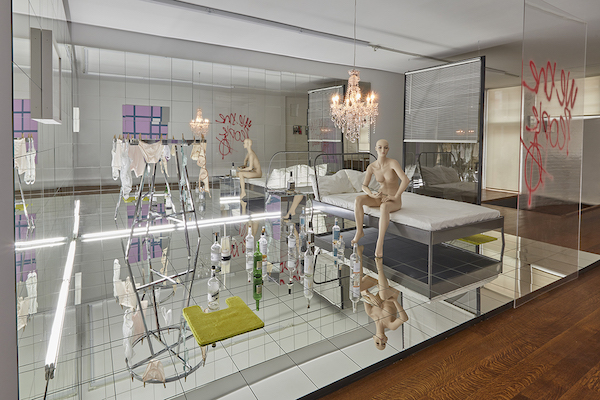 Downloading the images takes a while… mainly because I no longer have an official internet connection. The wires in my building on the Lower East side are from the 1960s. Verizon is waiting for next wave of development to reach the area and are not interested in repairing the old one. Until then I’m tapping into my neighbor’s networks with more up to speed providers. 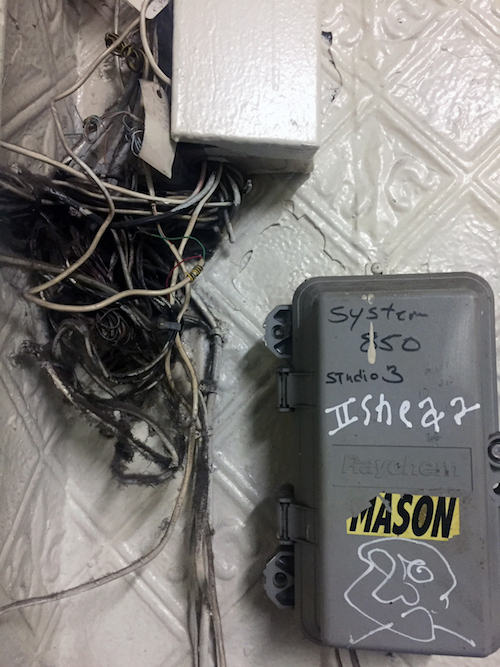 Now all hands on deck preparing for the screening of my film PELLEA[S] at The Kitchen tomorrow. So glad that it’s shown there. Huge fan of The Kitchen, holding its ground in Chelsea with its very thoughtful program run by director Tim Griffin. Meanwhile steady stream of emails from people explaining why they won’t be able to come to the screening.

Writing down some notes and skimming through books that relate to my movie – including on the “Crystal image” in Gilles Deleuze’s Cinema II. The crystal image shapes time as a perpetual two-way mirror that splits the present into dual directions, “one of which is launched towards the future while the other falls into the past.” I then get distracted by reading Adorno’s writing on Arnold Schoenberg for rest of afternoon knowing that it’ll be difficult to fit much of this into the talk tomorrow. The score to my film is Arnold Schoenberg’s symphonic poem Pelleas et Melisande. 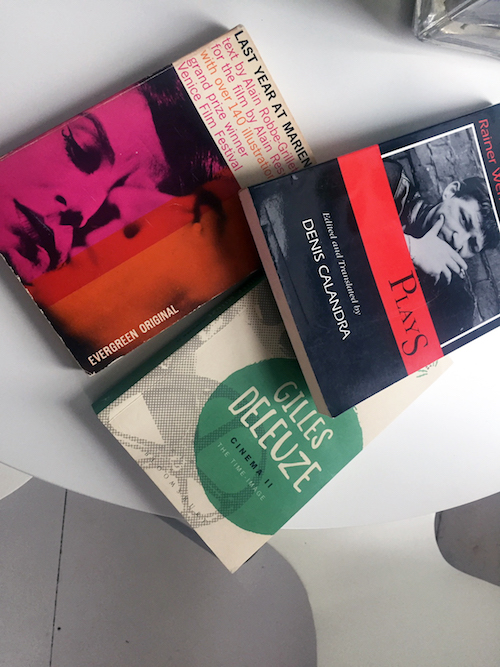 Only slept a few hours. Having a few cups of coffee and some eggs with avocado.

Getting in touch with my film editor and assistant to make sure the final copy of film gets delivered to The Kitchen this afternoon.

Tim Griffin sends friendly email about his thoughts on the talk. Super relieved he is willing to give the intro before the film. Public speaking and traveling are not my strongest suits.

Printing out my notes for the talk although I know that I won’t look at them.

Final screen and sound check at The Kitchen. Benn Northover, lead actor in my film opposite Alice Eve, comes over and joins our efforts. I immediately feel more at ease. 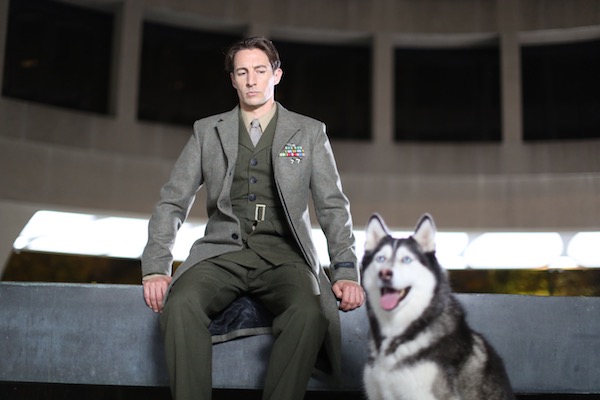 Film screening followed by talk. Tim Griffin does great job asking questions. I have no recollection of what I reply. I heard other people saying that it was a good turnout despite it being a rainy night. 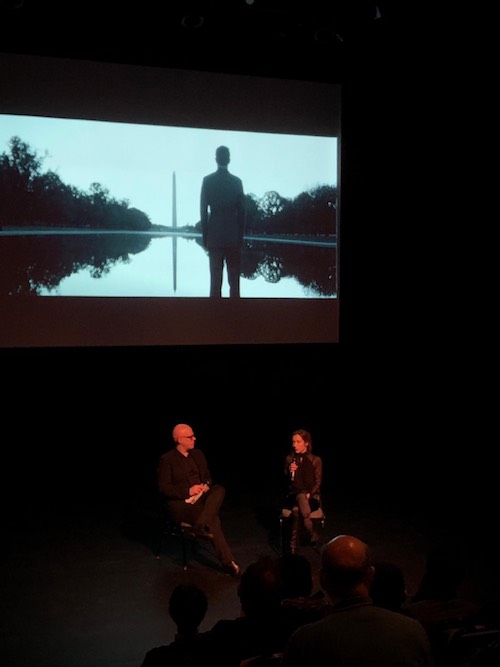 Some of the Princeton scholars who are doing a seminar on PELLEA[S] with me in early May were in the audience.

The week before we had gone to see the Pelleas et Melisande Debussy production at the Met Opera together. 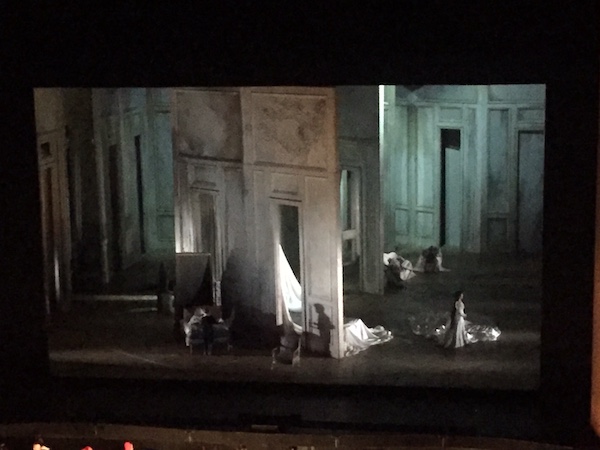 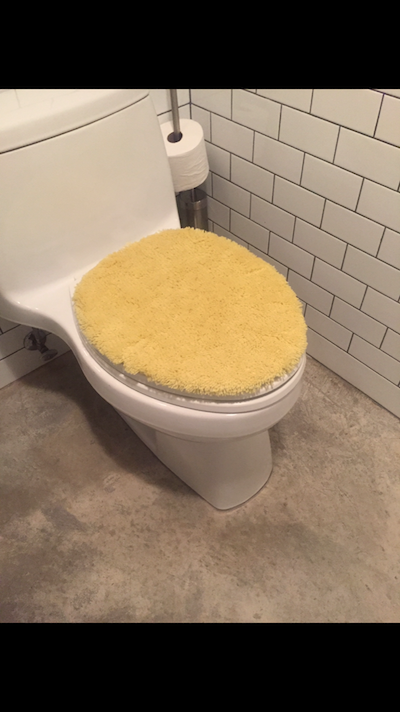 Impromptu dinner at the Empire diner with Benn Northover, artists Nick Theobald, Erika Keck, and musicians Beth Hansen and Adrienne Gonzales. Ordering French Fries and joking about play list playing at restaurant. Mention that I’m thinking about getting rid of my Pandora app, because feel like it always repeats the same songs. Beth mentions that her band “Late Guest at The Party” gets played a lot on Pandora. I’m deciding to give it another chance. Adrienne is in a celebratory mood, her newest single “Beaming” is coming out under Bossa on Spotify any day.

Still in bed. Gregor Hildebrandt is calling from Berlin. I can’t take the call because haven’t had coffee yet. We are planning a show in his project space Grzegorzkishows in Berlin in April.

I get up. It looks very grey outside.

I’m catching up on my upcoming exhibitions in France at Frac des Pays de la Loire and Hab Galerie in Nantes. Emmanuelle just sent the exhibition poster by email. I reply that the poster design looks good and that I’m glad they chose this work. 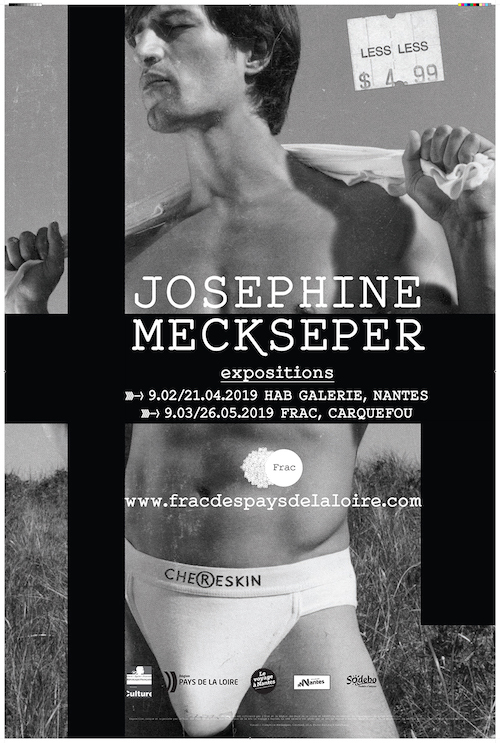 My friend Pia Dehne is texting me reminding me that the artwork for the Black Ball Projects Fundraiser was due days ago. I email the organizers to say that they can send someone today to pick up my work. 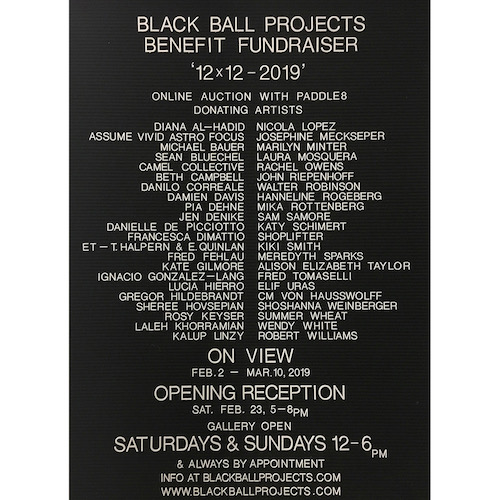 It’s starting to snow. Levi from the fundraiser has come over to the studio to pick up the work. We decide that it’s safer to put plastic over the cardboard because the snow was picking up. 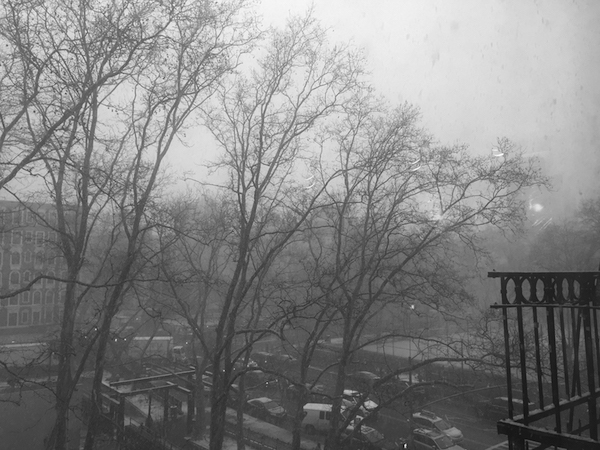 I call back Gregor Hildebrandt to discuss the idea for the show. We’re settling on April 24 as a date for the opening. I have to come up with a title. Gregor’s day at the studio is already ending, while mine is just beginning. We are talking about Mexico City where he is headed next week for Zona Maco. I mention that he should see the pyramids while he’s there and that the city is one of my favorite places in the world.

Anouk from the Frac in Nantes emails some work in progress images. It looks like they are off to a good start already.  I’m heading over there on Monday to finalize the installation with them. We go over a long list of technical questions – the situation seems to be under control. 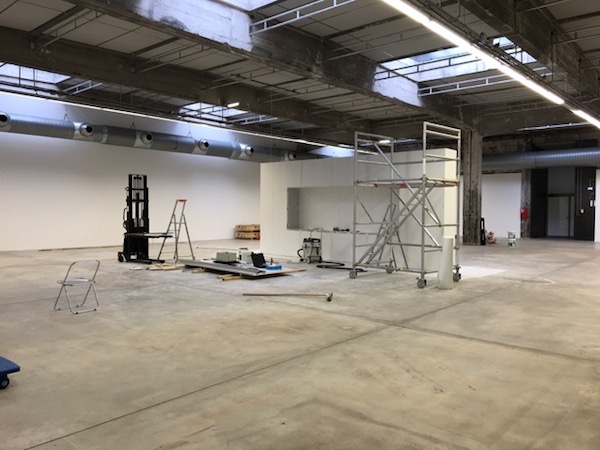 Tom Crawson, designer at Helmut Lang, is reminding me to come by this afternoon. We had collaborated on denim pieces, muscle T-shirts and scarf for their Fall 2019 collection. I only now realize the urgency: in the world of fashion Fall gets show in early February. I clear my calendar for the afternoon and head over to 2 Gansevoort Street. I was going to take the subway, but it’s 24 degrees outside and I’m late so take Uber instead. 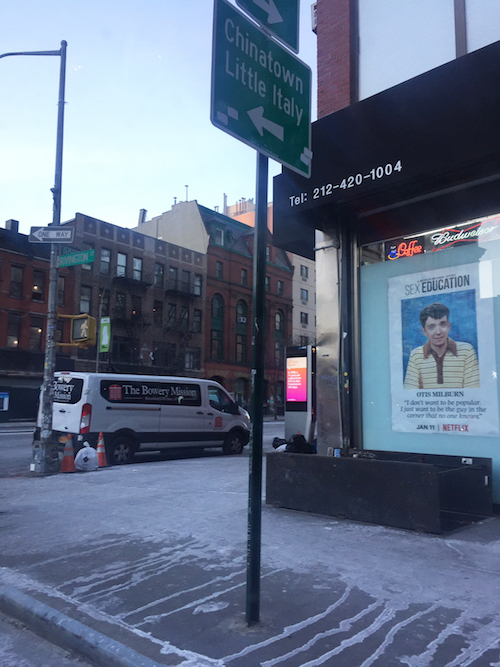 Tom and I look at fabric samples together. The scarf based on one of my paintings is a very soft cotton and the silkscreened denim jeans and jacket look very painterly and the red matches my painting perfectly. We both agree that the sheer muscle shirt and dress will look best worn without bra. The HL women’s show is on February 11. 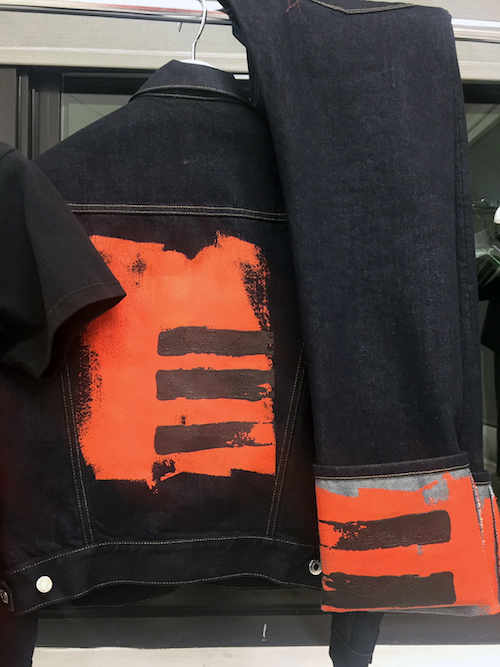 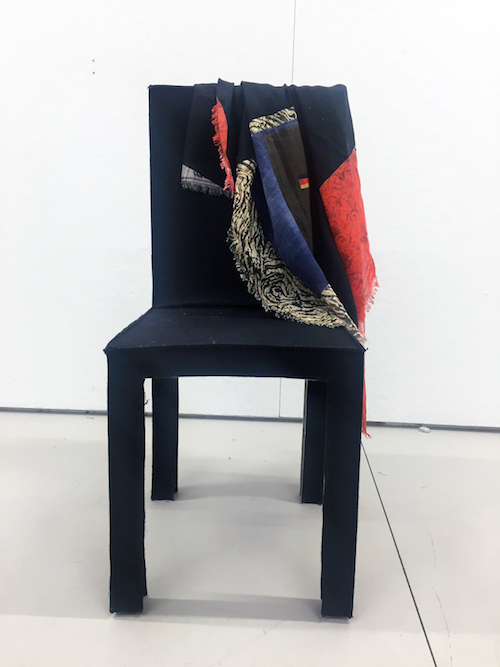 Already February. I really hope this is not going to be another one of those years that goes by like a blink of an eye.

The FRAC museum sent over more installation pictures. Part of my exhibition is a curated section with artists from the museum’s collection. Among them Monica Bonvicini and Melanie Counsell whose large works are already installed according to the images. 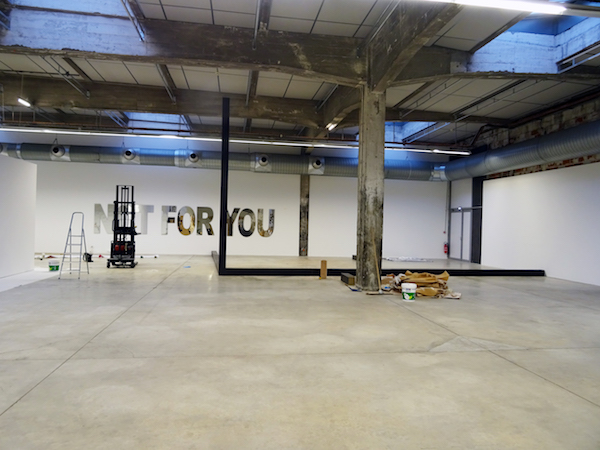 Anouk from the FRAC is trying to change my return flight. But it’s over $3,000 to change the United ticket, so we’re looking into other airlines via Lisbon.

It’s super cold outside and in my drafty studio. During lunch I glance at Spiegel Online and come across a graph depicting the huge arctic front hovering over Northern America. I read an article on an anonymous benefactor who sponsored free hotel rooms for displaced citizens in Chicago who were living in tents without heat in temperatures below -29 Fahrenheit.

ThreeASFOUR send an e-vite for a runway show at the Guggenheim Museum on the 7th of February. I’m texting Adi that sadly I will miss it because I’m still in France then.

Heading to the gym. Forgot to bring my noise-canceling headphones crucial for blocking out Equinox’s notoriously nauseating music. The women’s locker room is crowded and messy as usual. I escape the crowded gym with its aggressive TV monitors to the empty class room to do stretches and ball slams.

Dinner at Omen with Sean and Michelle Landers. Sean is getting ready for shows in Tokyo, Brussels, and London. We notice a white-haired guy in the restaurant who reminds us of the two older fellows that used to come to every opening for free wine when galleries were still in Soho. We are sharing the arugula, avocado salad, cod fish, and sirloin steak. We agree that Omen is one of the reasons why we never left that neighborhood.

FreshDirect delivered toilet paper, coffee, and Pellegrino. It was supposed to be here days ago. Without these essentials it’s hard to be functioning.

I go over the hundreds of pages long maintenance manual with the fabricator in Calgary for my Toronto public art project again. After which I’m going back and forth with the Canadian accountant to figure out complicated tax questions. 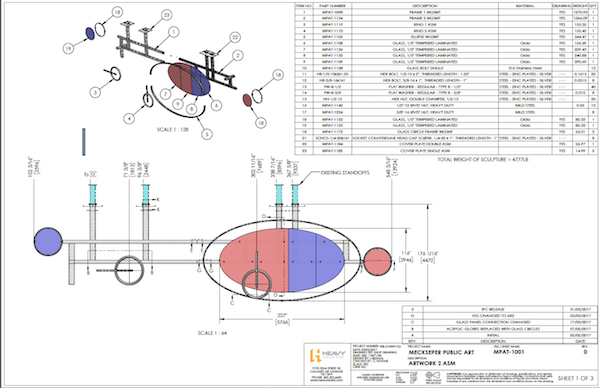 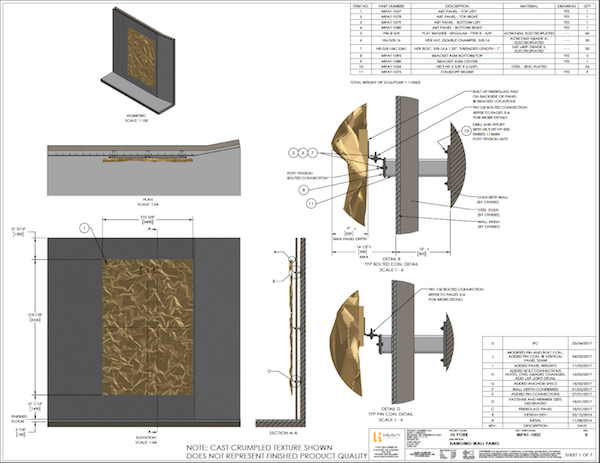 Columbus Taylor, junior at the gallery is helping to distribute the new issue of FAT magazine that came out concurrent with my new film. I’m texting Matt Schuster at Karma books and Max Schumann at Printed Matter to see if they might be interested. Apparently they are, which is great.

Texting with my buddy Nick Theobald who has a show coming up this spring in Denmark at Galleri Jacob Bjorn. We speculate that the upcoming Chinese Year of the Pig will be better than the past year of the Dog. Sadly, I will miss out on the fireworks on February 5th this year though because of my travels… The Chinatown celebration takes place directly across from my studio in the Sarah D. Roosevelt park. 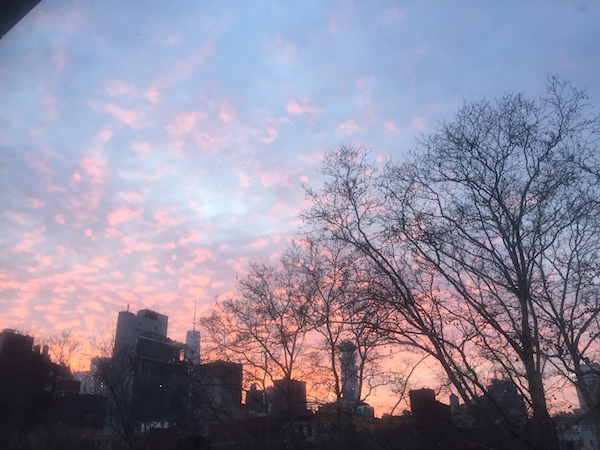 The light makes me think of Gilles Deleuze’s Plane of immanence concept in which he rejects the idea that life and creation are opposed to death. “A life is everywhere … an immanent life carrying with it the events and singularities that are merely actualized in subjects and objects.” Wonder how he felt about the internet creating a new collective narrative that completely fragments the idea of a “life.”

Looking at the notes for this piece and images on my iPhone to illustrate the text. It’s much more time-consuming than expected! 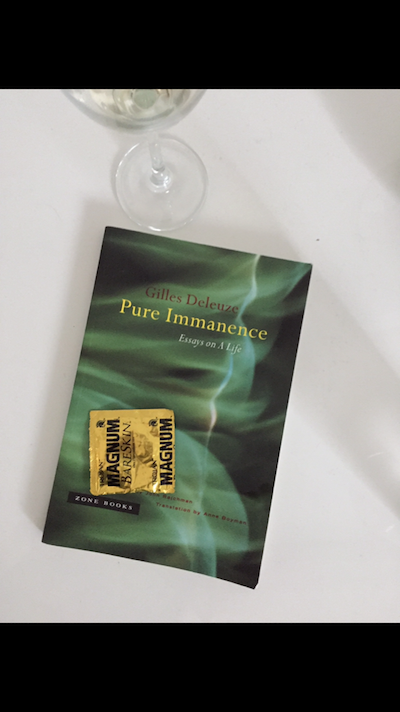 I wake up to the realization that I only have one day left to finish all my pending projects and to get ready for the trip to France tomorrow. I haven’t done laundry in weeks which means that there is nothing to pack.

Venturing out to get a charger for my new Bose noise-canceling headphones. At the store on Broadway it turns out the charger was in the box all along, but I hadn’t seen it. Walking by a scaffolding on Mercer Street with graffiti writing. I watch people on the streets having a normal Sunday and envy them. I realize that I can’t remember having had a weekend off in a very long time. 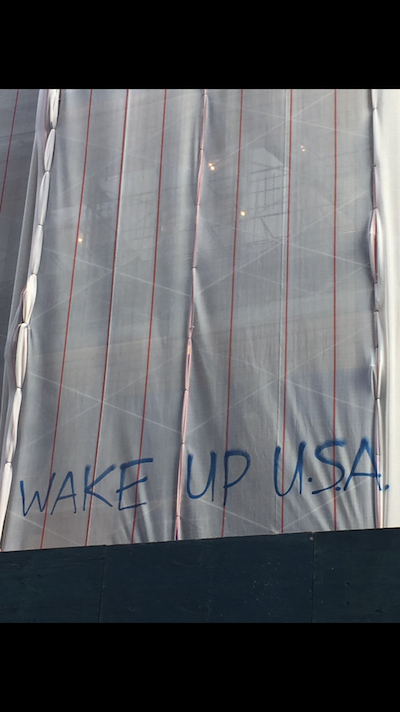