Martine Syms is a conceptual entrepreneur based in Los Angeles working in publishing, video, and performance. Her work often looks into the making and reception of meaning in contemporary America. In 2012 she founded the imprint Dominica, whose stated mission is “exploring blackness as a topic, reference, marker, and audience in visual culture.” From 2007 to 2011, Syms was the director of Golden Age, a project space in Chicago focused on printed matter. She has lectured at Yale University and MoMA P.S.1, among others, and exhibited artwork at venues including the New Museum, the Studio Museum in Harlem, and MCA Chicago. Her solo exhibition “Vertical Extended Oblique” opens at Bridget Donahue in New York this September.

For this edition of Consumer Reports, we follow Syms through a week in L.A. This means karaoke at a local Buffalo Wild Wings franchise, breakfast meetings in Larchmont, and a trip to Alhambra for some noodles. This also means media consumption ranging from a Bernadette Corporation book to the Starz original series Power. And that is just for starters! All this and more below. —John Chiaverina

Went to studio early to shoot some photos. Made test prints at Walgreens. Submerged everything in water and went home.

Finished watching Power. The last two times I got my haircut the barber was watching this show. I knew it was good because the entire shop was quiet, save for outcries like “Don’t trust that bitch.” I don’t understand why everyone isn’t obsessed with this show. It’s like the movie Juice but grown-and-sexy, plus the soundtrack is full of BANGERS. I haven’t tracked down everything yet, but Batuque (Jeremy Sole & Atropolis Remix) is one of my faves. I want to be at Truth dancing to this rn.

Once I finished the season I read several articles about showrunner Courtney Kemp Agboh.

I watched the season two trailer and found this phrase in the comments section: “blue pill simp ass.” I will be using this.

I remembered there was a new episode of Silicon Valley, so I watched that too.

Spent a few hours noodling in Photoshop and InDesign. Marco was the deejay, knowing him that means a lot of rap, funk, cosmic disco, and music my mom would like (i.e. The Isley Brothers).

Nicky texted me about a rooftop barbecue at his studio. He’s only a few blocks from my house, so Marco and I walked over. We came late and missed the barbecue, but Nicky played some new songs from his upcoming album. Jamma-Dee was there and he told me about a new audio project called 1-844-H0T-F1RE. I told him about my phone-based audio project.

Afterwards, I went to eat at Myung Dong Kyoja and watched Korean news.

Once I got home I drew a bath and downloaded New Lovers: Trilogy No. 1 on Kindle. I started with We Love Lucy.

Worked from home in the morning. All the Monday sounds were happening on Tuesday because of the holiday. Checked my email and Twitter from bed.

I listened to the Power soundtrack and cranked for a couple of hours.

Brent picked me up and we went to have lunch in Echo Park with some friends. Everyone was late. Lots of chips were eaten. We talked about the Warriors, buying a house, and played with a baby.

Back to the studio for two meetings. More photoshopping. Bernadette Corporation: 200 Wasted Years came from Amazon. I decided to read the essays first and try not to look at any of the images. I liked it and it looks good on my desk. 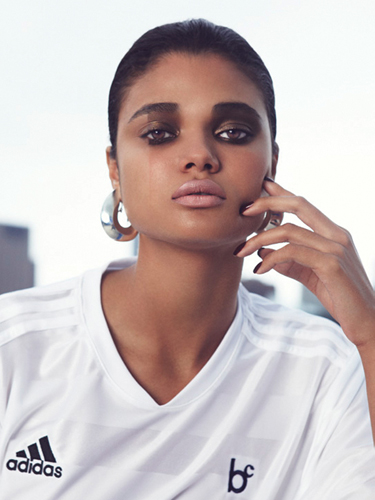 I searched JSTOR for an article called “Cut-Eye and Suck-Teeth: African Words and Gestures in New World Guise” by John R. Rickford and Angela E. Rickford. I found it, then looked for more articles about Gestures. Copied interesting passages into a file named “notes-on-gesture.md.”

Marco picked me up. He is helping me with an animation, so we watched the roughs a hundred times once we got home.

Earlier in the day I was reminded of Lisa Tan and went to her website where I found links to all of her films. I decided to watch Waves.

In bed I continued reading the New Lovers Trilogy. I started and finished God, I Don’t Even Know Your Name. Two for two.

I still wasn’t tired so I trolled Twitter for a while, and then started reading Keller Easterling’s Extrastatecraft until I conked.

Harassed Brian Droitcour about my bio in the new issue of Art in America. Got some new followers because I did an Instragram project with MOCA. Responded to texts from friends asking why I didn’t tell them about said project.

Breakfast meeting at the Larchmont Bungalow. I felt like a real Hollywood Slimeball. Spotted the guy who played George on Six Feet Under. Afterwards I took a cab to studio. My driver played KIIS FM on the way there. They always play the worst music. The app encourages you to “play your own” but that’s so extra.

Re-read a few chapters of Shut Up and Shoot: A Documentary Guide.

Listened to my soundcloud feed while I worked on more photos.

Skyped with my developer about an upcoming project. After this I felt accomplished and started fucking around: looked at pictures of Joëlle Tuerlinckx exhibitions, photos and videos of Riley Curry, photos of Tom Hardy.

Started one of those documents full of half-sentences and quotes and unorganized ideas. Saved it as “interlude.md.”

I search YouTube for the word “gesture” and find these two videos. They reminded me of Rashaad Newsome’s Shade Compositions.

Needing a sense of accomplishment I did bookkeeping and reconciled my accounts with Quickbooks Online. Success!

On my way home I stop by Staples to make some more test prints. Both machines are occupied, a old man is copying a medical textbook and a Sunday School teacher is making certificates for her students. The woman in front of me asks, “What’s the point of emailing it if I have to wait in line.” “There’s no point,” I tell her.

At home I watched Lisa Tan’s film Sunsets in bed. I tried to find a torrent of Clarice Lispector’s books. I added Hour of the Star to my wishlist.

I destroy my test prints and hang them outside.

Beverly Buchanan, 1978-1981 from Athénée Press arrived in the mail. I’m mad that I hadn’t heard of her before, jealous that I didn’t put this book out. It’s incredible, and beautiful.

General Idea: A Retrospective 1969-1994 came too. I used to sell this book at Golden Age and read it all the time. Finally, it’s mine again. I read all of the essays in the bath.

Continued reading Extrastatecraft and tweeting until I fell asleep.

I had a doctor’s appointment in the morning. I listened to KDAY 93.5 on the way there and was happy to hear that Art Laboe is getting his show back. I was heartbroken when they took him off the air. He has been on the radio since radio was invented.

I worked from home for a bit. At some point I laid on the couch and listened to the audio tour for Jimmy Robert’s exhibition Vis-á-Vis  through the speakers.

Drove to the Underground Museum to drop off some books. Ran into Noah painting. Too early for my meeting, so I went to Simply Wholesome and walked around the health food store for a while before ordering a Jerk Chicken Patty and a ginger beer. Ran into Daniel.

Headed to the studio. Check Twitter and Mat Dryhurst had posted this song.

Read a Buzzfeed article about vaping. I have owned 1/5th of the items reviewed. My taste in vapes is unparalleled.

Looked for cultural artifacts with “she move” in the title. Found a James Taylor song, a Drake song, a Beatles song, an Akon song, a passage from The Bluest Eye, and two dance movies before abandoning the idea.

Went home and tried to write some more before dinner.

Met some friends at the Buffalo Wild Wings on Crenshaw for Karaoke. We sang “No Scrubs” as a group. A guy touched my hair. The best performance was a duet of “Weak” by SWV. It was lit.

Woke up wanting to hear Michael Jackson’s “Human Nature.” I wish I could sing that at Karaoke. I mean, I could…

Read an article about Addy, The American Girl. Stalked the author on Twitter. She seemed cool so I followed her.

Wrote more for a little while.

Looked for images of Tom Hardy. Texted a few friends to see if anyone wanted to hang out. It’s really hard to get anyone to say “yes.” Always, “yeah text me later.”

I scan some more photos and then pack up everything for the summer. I start thinking about Maxine Powell again and search her name in the Jet magazine archives.

I have a three-hour meeting. We talk about Marshawn Lynch, Hito Steyerl, and Pipilotti Rist.

Marco picks me up and we drive to 101 Noodle Express and smurf around Alhambra for a while.

Later Natalie comes over. We go to Desert Haus, I Heart Boba, and back to my house to watch music videos from Post Malone, Asap Rocky, Meek Mill, and a couple others. I play her one of my favorite “white guy” stand-up bits, but I can’t find the unedited version.

Steve Aoki, CNCO Join Forces to Give Listeners Something ‘Diferente’